The Deer King, A Survival Story Releasing Soon Next Month!

The Hotel Transylvania Series is one of the most watched animated movies in the industry. The third movie, which was called Hotel Transylvania 3: Summer Vacation had the highest box-office earnings, grossing over 1.3 billion worldwide. It even bested the Oscar-winning film Spiderman: Into the Spiderverse. There is no doubt that many are hoping for another release in the franchise and we have some good news for you regarding Hotel Transylvania 4.

The creators of the franchise have already announced the release of the 4th movie on the franchise. It was initially expected to be released on 22nd December, 2021 but the creators moved up its release and now it will be available on the 6th of August, 2021. Therefore, we are in for a good, fun time!

Cast of the movie

It seems that Hotel Transylvania will have the same cast/voice actors as before. Adam Sandler will be playing Dracula, while Andy Samberg will be playing Johnny. The daughter of the Dracula and the third main character of the film, Mavis, is played by Selena Gomez. (She has even been upped to Executive producer for this film).

Expected characters to make an appearance in the 4th movie

The cast adds an exciting feeling to the movie and really portrays the characters perfectly. It would be a shame if any of the cast members would be replaced for the 4th movie of the franchise, and therefore, we hope that does not happen. As for now, it seems that we are sticking to the original actors!

Apart from the release date, not much information has been given about the movie. Hotel Transylvania 4 is expected to carry on the same fun and energetic style it always has. A trailer is yet to be released of the movie, hopefully we get one closer to the date of its release.

Till then you can always watch (or re-watch) the franchise on Netflix. It is a good watch for any family-fun time! 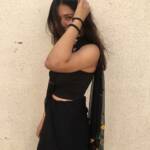 Afreen is a student of Symbiosis School for Liberal Arts pursuing a bachelor's degree in International Relations and Law. She enjoys writing about lifestyle, health and others.