Isekai manga has always captured our imagination. They help us escape from a reality that we live in, taking us to a different world and changing our experience completely. Isekai’s constitute a story where a person is transported to, reborn in, or trapped inside a parallel universe or fantasy world. In this list, we’ll be taking a look at the engaging best Isekai mangas that unfailingly suck their viewers into a world of fascination.

Reading isekai gives us the rush of excitement and adrenaline, which we simply cannot find in the mundane urban lives we live. Watching a character, someone like us, get transported to another world, and learning about this world with them, watching them grow, makes us happy. The character’s growth is much more apparent and fun to view when it occurs in a video game setting.

Top 10 Isekai Manga That You Must Read

The main character of this Isekai manga is a 34-year-old shut-in. For all of his life, he has heard the people around him belittle and bully him. However, one day, when he tries to attempt something heroic, he gets hit by a truck and dies in the accident. The story goes on as he wakes up to find himself in another world.

In this world, his name is Rudeus Greyrat. He begins life as a baby, still having memories from his previous life, and soon becomes accustomed to this world. Because he has an adult’s mind, his talent outclasses the others, and Rudeus ends up displaying his powerful magical talent. His father in this world, Paul, teaches him swordplay, and he becomes close friends with a girl of his age named Sylphiette. He practices and hones his skills with Roxy Migurdia, a mage. Rudeus gets a second chance at life to show his development and move on from his traumatic past. He hopes to one day find the thing he never found in the real world- Love. 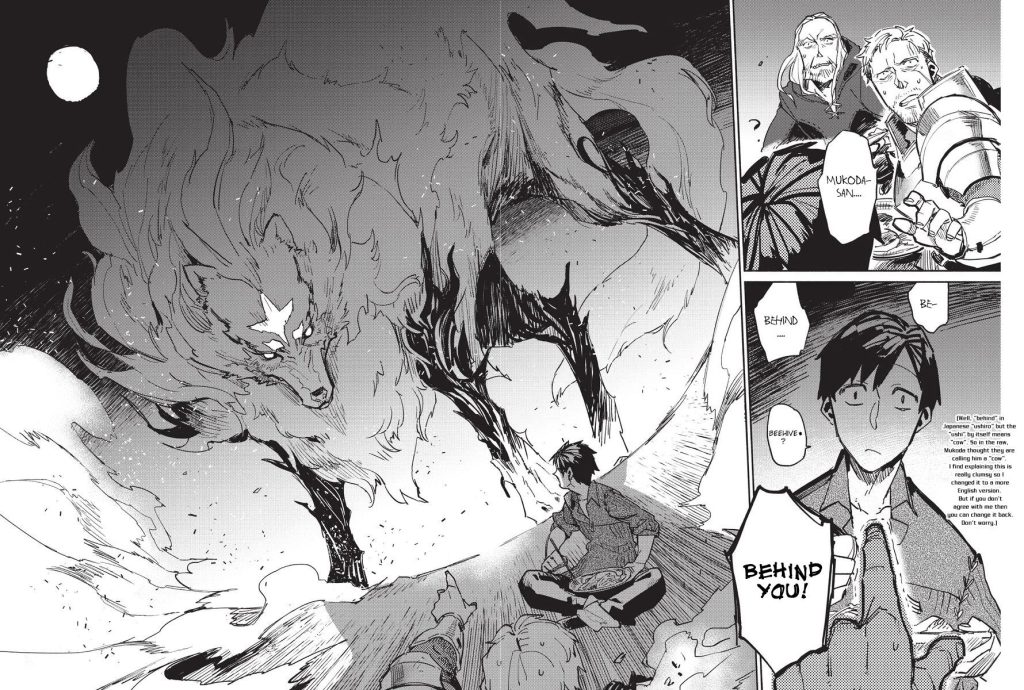 The English translation for this manga is absurdly long- Regarding the Display of an Outrageous Skill Which Has Incredible Powers. This Isekai manga is much different than the others. It has a slow and more realistic sense of storytelling, and there’s no world-ending threat or dangerous disaster to face. It’s just a simple Isekai story with slice-of-life elements that you can watch while chilling.

Mukouda Tsuyoshi is accidentally transported to a fantasy world with three other guys to protect a kingdom from a mysterious threat. However, the others realize that he doesn’t have any valuable skills in battle. He only possesses a skill called “Food Menu,” which allows him to purchase food-related supermarket items from Japan.

He soon gets booted out of the place and begins to wander this new world. Here, his skills surprisingly come in handy, even attracting the legendary wolf, Fenrir, who is pleased with Tsuyoshi’s cooking and formal a contract with him. The manga follows Tsuyoshi’s life as a merchant and traveler, with Fenrir, as he cooks meals that bring water to the mouths of people all over the world.

8. Moon-led Journey Across Another World

Two deities call upon the middle school student Misumi Makoto to their world. Once they get a look at him, the Goddess, who values looks a lot, decides to throw him to the edge of the world. The God, Tsukuyomi, gives him a few powers to help him survive by himself.

In this Isekai manga, we follow Makoto’s adventures as he wanders around, meeting new people. He travels to an Orc settlement and learns magic from there. While also helping them with their problems. He is soon joined by Tomoe and Mio, who can read minds. The two of them love his memories and like that he is a kind person, and thus decide to stick by him. Read this manga and find out more about Makoto’s past relationships, memories, and trials in this new world.

This manga is adapted from a light novel of the same name, written by Kugane Maruyama and drawn by so-bin. The story takes place in the year 2126, and we are to witness the final hour of a popular game, Yggdrasil. This game is a Virtual Reality one that allows its players to interact with the game characters. However, the game will be shut down, and its servers are to be shut down.

Momonga, a powerful wizard in the game, also the master of the dark guild, Ainz Ooal Gown, spends his time in the game a few minutes before the server shutdown. However, he finds that even after midnight, his character is fully conscious, and the NPC’s of the game have completely changed in personality. Bewildered by this situation, he gathers his servants as they head out to gain control over this new world and search for other people. On their journey, they will uncover the mystery of what has caused this development. This is an interesting manga that shows its protagonist as evil.

6. The Saga of Tanya the Evil

This manga is yet another interesting take on the Isekai genre, as this doesn’t have a light and fascinating alternate world. Moreover, the protagonist is the villain in the show. The story is of a Japanese salaryman reincarnated in another world as a female child soldier named Tanya Degurechaff, after challenging Being X, a self-proclaimed God, to a battle of wits. This new reality takes place during World War One; however, it is a world where magic exists.

Tanya fight for the Germanian Empire and is far from your typical heroine. She is ruthless like a predator and mysterious. She has an excellent tactical aptitude and can thus prepare brilliant strategies quickly. This has lead to her being called “Devil of the Rhine.” Tanya aims to get higher in her military ranks as the war gets closer, Being X proving to be a significant opponent. However, her actions and abilities have a more substantial consequence- making the Empire one of the most powerful in humankind’s history.

This story takes place during the Taisho Era (1912-1926). The manga was written and illustrated by fan-favorite Yuu Watase. We follow the life of the protagonist, Takiko Okuda, a strong-willed girl who loves her father’s friend, Oosugi. Her love remained unrequited, however, as he was married. Her father, Einosuke, hasn’t even been home in over a year.

When he finally returns, he has a notebook full of Chinese scribblings with him. Takiko notices that he seems to be giving the notebook more importance than even his wife’s death. This makes her furious, and she steals his translation of the book-“The Universe of the Four Gods”- to tear it to shreds. The instant she opens the book, she is surrounded by light. This is how the tale of the Priestess of Genbu began. The manga was praised heavily for its compelling story and the love between Takiko and Uruki.

Hajime Nagumo and his classmates find themselves in another world when a magic circle suddenly appears in their school. They are inside a church, where each is welcomed as an honored guest. Every student has a ranking and a power; however, Hajime simply receives the title of “Synergist,” containing only average stats; he is weak in combat and considered useless by the rest of his class.

When the students decide to enter a dungeon to strengthen themselves, they face a giant demon. Hajime uses himself as bait to save the class, ends up being hit, and falls off a bridge into the dungeon’s dark abyss. The other students abandon him and continue with their journey. However, Hajime miraculously survives the fall, but below, he faces many dangerous monsters and difficulties, but along the way, he also meets a few people that decide to stick with him, trying to escape the labyrinth together. Read the manga to follow hos journey from commonplace to the world’s strongest!

Kumoko was having a normal day at her school until a mysterious explosion occurred, killing every student. The spirits of the students go to a fantasy world. While many of her classmates are nobles, princes, and other people of prestigious backgrounds, Kumoko finds her luck in the dumps, as she is reborn in the form of a measly spider.

This is the story of the spider, at the bottom of the food chain, stringing a web of strategies with the human brain of Kumoko, as she climbs to the top, gaining points and skills in this RPG-like world, and crawling her way to the top. As she slowly gets stronger, she begins to uncover the mystery of this world and the explosion that brought her here.

2. The Rising Of The Shield Hero

This manga’s story revolves around Naofumi Iwatani, a 20-year-old mysteriously transported to another world with three other individuals. The three learn that they’re The Four Cardinal Heroes, ordinary men from modern-day Japan, tasked with protecting the Kingdom of Melromarc from something called The Wave of Catastrophe”. They’re each given a powerful sword, spear, and bow, while Naofumi receives a shield and is dubbed “The Shield Hero.” Lacking any combat abilities, he is mocked by the other three and humiliated by the Kingdom’s people.

Nobody is willing to provide resources to Naofumi to train, except for Malty Melromarc, the beautiful princess of the Kingdom. However, she turns out to be malicious, stealing his possessions, and falsely accusing Naofumi of raping her. Being a hero, he can’t be imprisoned, but his actions are made public, resulting in widespread hatred for him. The story follows his journey in a world filled with misplaced scorn for an innocent hero. He travels to get stronger to protect the people of Melromarc and seeks revenge against those that wronged him.

1. That Time I Got Reincarnated As A Slime

Satoru Mikami was enjoying a typical day, talking with his colleagues from work; however, upon getting stabbed by a robber, he hears a voice giving him some instructions that the 37-year-old man cannot understand. While he slowly feels his life fading away, he has only one regret- dying a virgin. When he wakes up, he finds himself in a cave…but as a goop of slime!

He realizes that he has an ability. He can absorb anything and obtain its abilities and appearance. He begins investigating these new-found powers and exploring the cave when he stumbles upon Veldora, a massive Dragon sealed away for the past three hundred years for destroying a town to ashes. Satoru befriends the dragon and decides to help him escape. In return, the dragon grants him divine protection by naming him “Rimuru Tempest.”

Satoru wants to seize this new chance at life, living a new one filled with adventure and intrigue. He wants to avoid living a life like his mundane and boring past. Read the manga and find out how he changes his fate and that of this new world as he sets out on an exciting adventure. This is one Isekai manga you need to check out.

There are dozens of Isekai manga available to read now, and the genre has seen so much growth that it has even formed sub-genres. There are many more Isekai mangas that are very interesting to read, including, No Game No Life, The Wrong Way to Use Healing Magic, Re: Monster, Re: ZERO, and many more. We’ll bring all the latest updates in the Isekai manga world to you. Stay tuned, and keep an eye out for new articles. 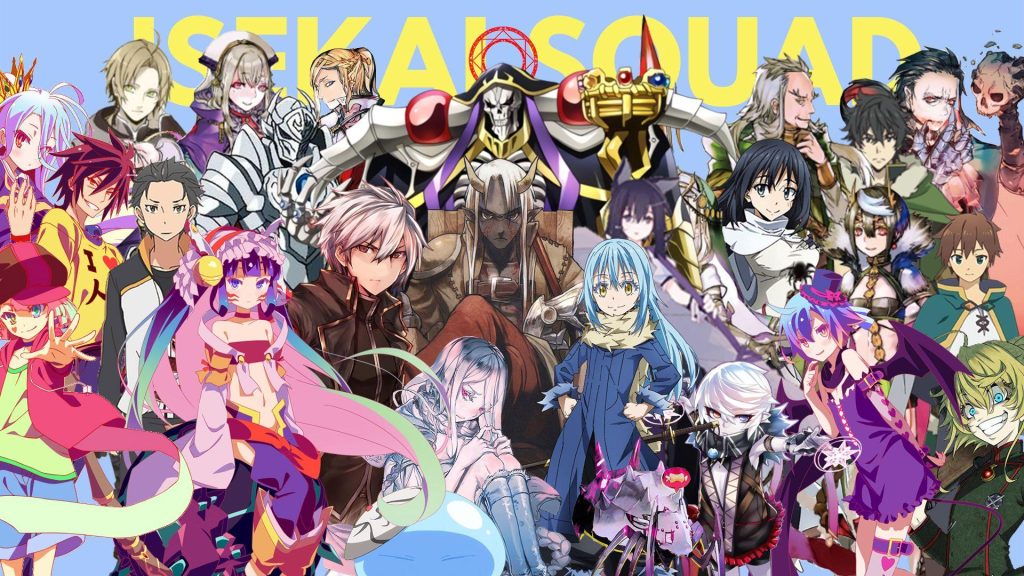