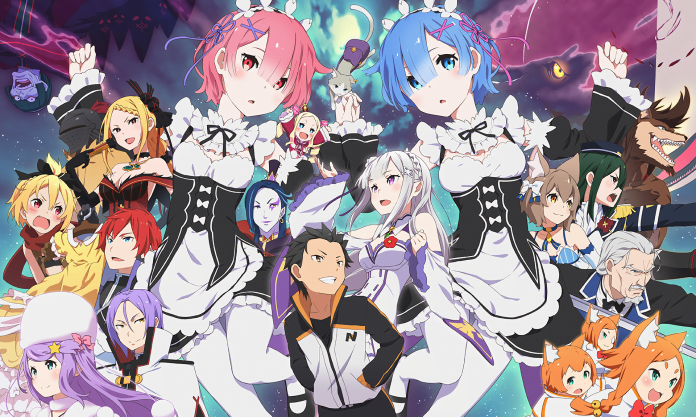 With the world changing rapidly, the number of viewers of Isekai anime is also decreasing rapidly. But there is an despite being Isekai; it is still everybody’s favorite. If you say I am talking of Re: Zero, then you are absolutely correct. Re: Zero is one such anime that always reminds us how truly we love the Isekai anime genre.

The anime Re: Zero initially started just any other mainstream and generic Isekai. As it progressed, the introduction of intriguing sci-fi concepts and time-travel made it different and amazing. So we can say that the anime is not completely Isekai. With the completion of season 1 of Re: Zero, the anime surprised us with its potential psychological plot depth. With all these traits, the anime has found its spot among the best anime of the year. Recently, season 2 of the anime came to an end. And I know how eagerly everyone is waiting for the next season.

To add up some spice to your eagerness, we here again with an all-new article. In this article, we will be sharing all the updates regarding Re: Zero Season 3.

Re: Zero Season 3: When will it release?

The very first season of Re: Zero released fours ago, i.e., back in 2016 on the 4th of April. And it came to an end on September 19, 2016. And immediately after the release, Re: Zero became the most popular anime on almost all platforms.

The demand for season 2 grew more and more every day. And finally, after four years, the anime came back with the season, hitting the screens on July 8, 2020. Recently, last month on the 30th of September 2020, season 2 came to an end. When we talk of the commercial success, season 2 did even well than season 1. This definitely results in high hopes among viewers for the renewal of the anime.

But before we talk of season 3, there still some part of season 2 left.

The creators of the anime split the second season into two cours. The first of which came to an end now has 13 episodes. The second cour of Re: Zero Season 2, Kara Hajimeru Isekai Seikatsu, will release in January 2021.

Talking of season 3 Re: Zero, there is no official information about it yet. But this doesn’t mean there will not be a season 3. As recently in an interview, Sho Tanaka, the producer, said:

“I’m confident that you’ll all be clamoring for a third season once you’ve finished watching this one.”

Apart from this, if we comapre the story of the anime and the original novel, there are still many stories left to be covered. We can expect season 3 to be having 2 cours just like season 2.

The anime is available on Crunchyroll with the original Japanese audio track combined with English subtitles. The English dubbed episodes of the anime are available on Funimation and Netflix as well.