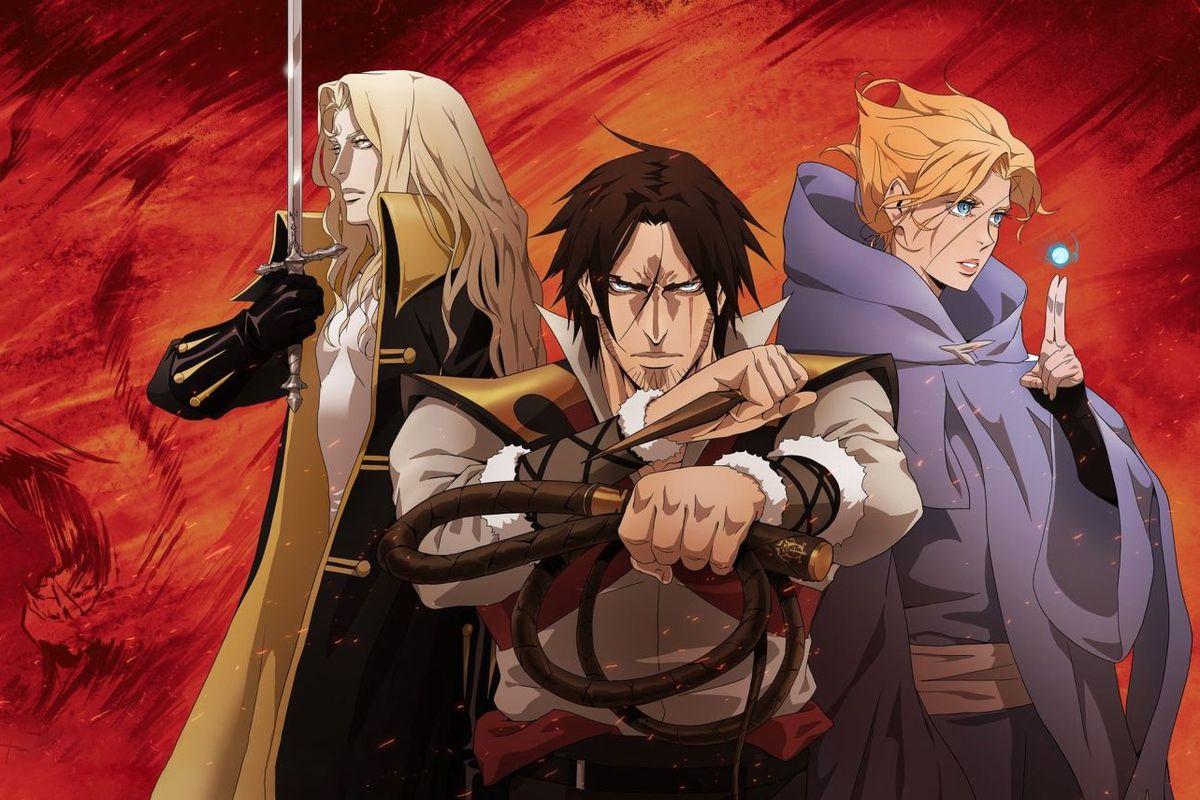 A Netflix exclusive and one of its most hit shows, Castlevania is getting a new spin-off! Based in medical Europe, Castlevania quickly became a fan-favourite. Now, as Netflix announces the new Castlevania spin-off, read more to learn about the show.

Castlevania begins with  Count Vlad Dracula Țepe declaring war on the people of Wallachia after his wife was burned at stake. He summons an army of demons while the people of his kingdom cower in fear.  Now, Trevor Belmont, a monster hunter who has been an outcast for a long time, must take up arms against Dracula’s forces. Belmont now teams up with magician Sypha Belnades and Dracula’s dhampir son Alucard.

Netflix announces a new spin-off with Richter Belmont and Maria Renard as the lead characters. Since the Trevor Belmont saga finally over in the last season, Netflix is bringing back its steaming hot show. The new spin-off will be based during the french revolution. Richter, Maria, alongside Alucard, are characters from the last five Castlevania games. The anime was announced during Geeked Week by Netflix and will be set in 1792, France.

What Do We Know About The Spin-off?

Netflix has already informed fans that Richter, a descendant of Trevor Belmont, and Maria Renard are the lead characters for this show. Now, we have seen Richter be a powerful character. Apart from his strong sense of justice, his vampire killer whip (which Trevor also possessed) also distinguishes him. On the other hand, Maria is a distant Belmont just like Sypha and is a strong mage in battle. Maria can summon familiars in battle as well.

And What About Alucard?

If we assume that the show would cover the “Castlevania: Symphony of the Night” game, Alucard will become a mainstream character. Nevertheless, it is almost set in stone that Alucard will join the fight alongside his companions.

Apart from this, we don’t know much. As of now, no release date has been announced, but fans are excited as it makes a comeback after ending with a serious cliffhanger. Castlevania is one of Netflix’s successful animated series, which is a win among many people. Castlevania season 4 was a major hit, but the show left many questions unanswered.

The excitement for the new spin-off is increasing slowly, and fans are eager to know when the show will be out. However, so far, we have no confirmed news apart from the fact that it is already in production. Stay tuned for future updates about Castlevania and all things anime!