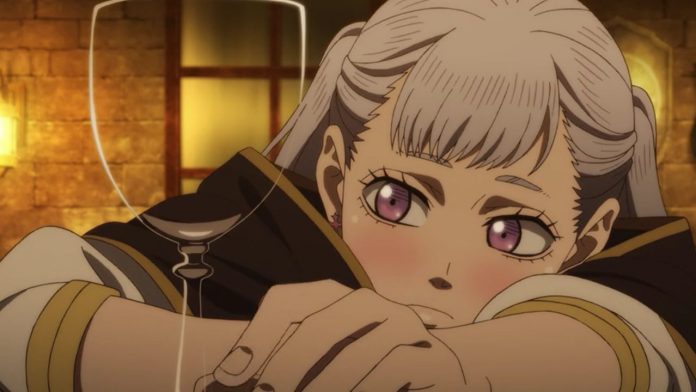 Black Clover is back, and it’s new episodes are all lined up to premiere early 2021, every Tuesday. The opening of the recently aired new episode has revealed Noelle’s new look, leaving all Black Clover fans in awe. Continue reading this article to find out more about this new look, the inspiration behind it, and its significance!

Lucky for us, the new year has kicked off the anime’s much-awaited arc for Spade Kingdom finally. Fans have been looking forward to this ever since the anime makers started insinuating a time skip in the show, highlighting Noelle Silva’s character. The new time skip shows the character arc of Noelle and other Clover Kingdom knights who have been training hard in the Heart Kingdom.

What Does Noelle’s New Look Signify?

This new and enchanting look signifies Noelle’s evolution in the past six months, how she has grown and gained more strength through hard work. The opening for this new Black Clover episode and the ending has teased significant plot points for the Spade Kingdom storyline. It has also revealed the first look for a new Noelle, leaving many fans crushing on her new mermaid-like form.

The new opening theme of Black Clover has revealed many intriguing elements that the Black Clover anime fans are seeing for the first time, but the manga fans who are up to date with Yuki Tabata’s original manga were able to identify the major teases carefully hidden throughout the sequence. One of the biggest tease in the opening features Noelle and Vanica facing off in the Spade Kingdom’s Dark Triad. We see Noelle drive Vanica into the water and emerge with a new enchanting mermaid-like form.

Black Clover: When Will Noelle’s New Form Be Revealed?

Noelle’s new form is entirely submerged in darkness, and hopefully, her new look will have its debut during this intense and critical plot point. The form gives Noelle a mermaid-like attire, and her spinning drill hints at the fact that it may be a variant of the Valkyrie Dress armor she mastered some time ago. With the first episode of the time skip showing how well she has been handling her magical abilities, this new form clearly signifies her evolution into a much stronger magical state.

Are you too excited to see how Noelle’s character continues to grow as she fights against the Spade Kingdom? Stay tuned for more updates on Black Clover!

The God of High School: Mystery of KEY [REVEALED]

One Piece Chapter 977: Spoilers – Kaido Has a Son

The 100 Ending Will Change Our Perspective on the Series, Says...