2021 has so far been an eventful year with shows like Mars Red premiering for the first time. Not to mention many of our favourite shows like Bleach and the Shaman king coming back, it seems that things are finally taking shape after the pandemic. Similarly, there is one more show that our readers should definitely keep an eye out for – Platinum End.

The show is coming out in 2021 and is written and being adapted by none other than the studio that gave us the beloved Death Note. I think it is safe to assume that Platinum End is definitely going to be a show worth waiting for. As we all know, what big of a sensation Death note was. In fact, it is one of the most popular anime to be ever made and is the main reason why the anime community got so famous in the west. So? Will Platinum End be an even better sensation than death note? We’ll just have to wait and find out. 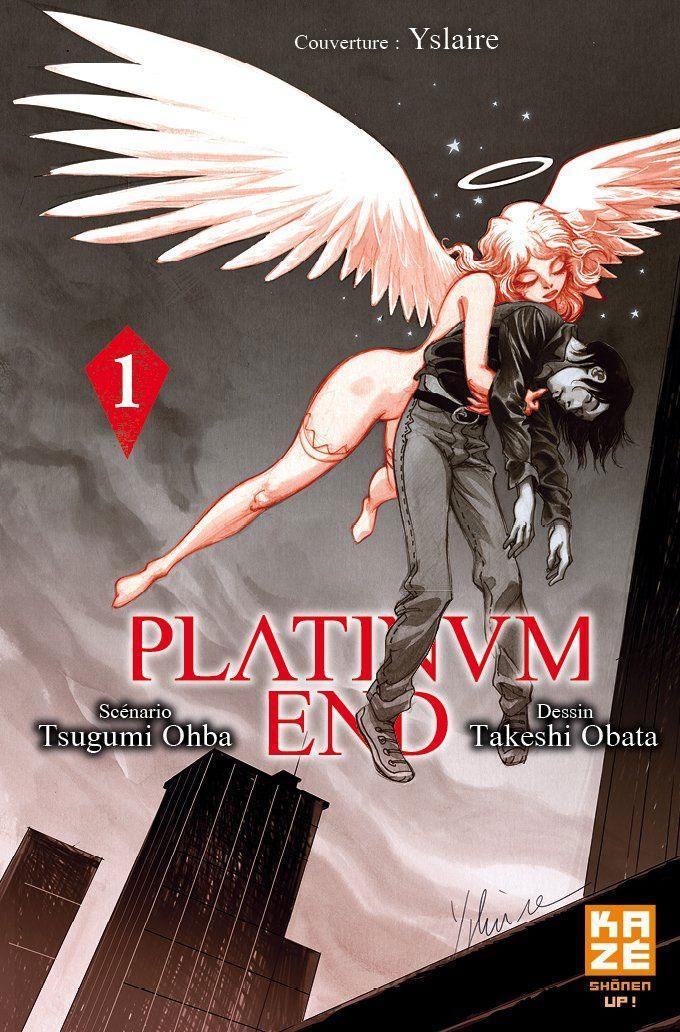 The story revolves around the life of Mirai Kakehashi. A high school student,  being abused by his guardians, who took over his care after his parents’ untimely death. However, just when Mirai was about to quit and was ready to take his own life, a guardian angel appears before him and saves his life.

The angel named Nasse tells Mirai many things about his life, things that even he was unaware of. The angel tells him how his foster parents were the real culprits behind his parents’ demise and gives his anguish-filled heart supernatural powers to confront them and seek the long-lost justice.

However, Mirai soon realizes that a Guardian angel saving his life wasn’t just a coincidence. The Angel tells Mirai that the end of the current God is near. God will retire in exactly 999 days, and it is up to the angels to find a suitable candidate from humanity. God has shortlisted 13 people from the entire humanity Mirai being one of them, who God thinks is worthy of succeeding him.

These 13 candidates will have to go through a series of challenging tests to prove their worth. However, the catch is once selected, none of the candidates can bow down. Moreover, as Mirai meets the other candidates, he notices that some of them are way more violent and dangerous than others, who won’t hesitate for a moment to kill him if he ever came in their way. Mirai now realises that it’s either kill or be killed, and in the end, only one of them will be God.

When Will Platinum End Get Released?

If everything goes smoothly, then Platinum End will be released, most probably in the winter of 2021. A concrete release date hasn’t been provided yet, but it is safe to assume that the show will probably hit the screen somewhere between October and November.

Looking at the plot and the story’s depth, I think Platinum End will be a worthwhile watch. However, you never know. Make sure to keep reading our post every week to find out all the latest releases in the anime and manga world.

Fans May Also Like To Read – The Saint’s Magic Power is Omnipotent Episode 8: Release Date, Recap, Where To Watch