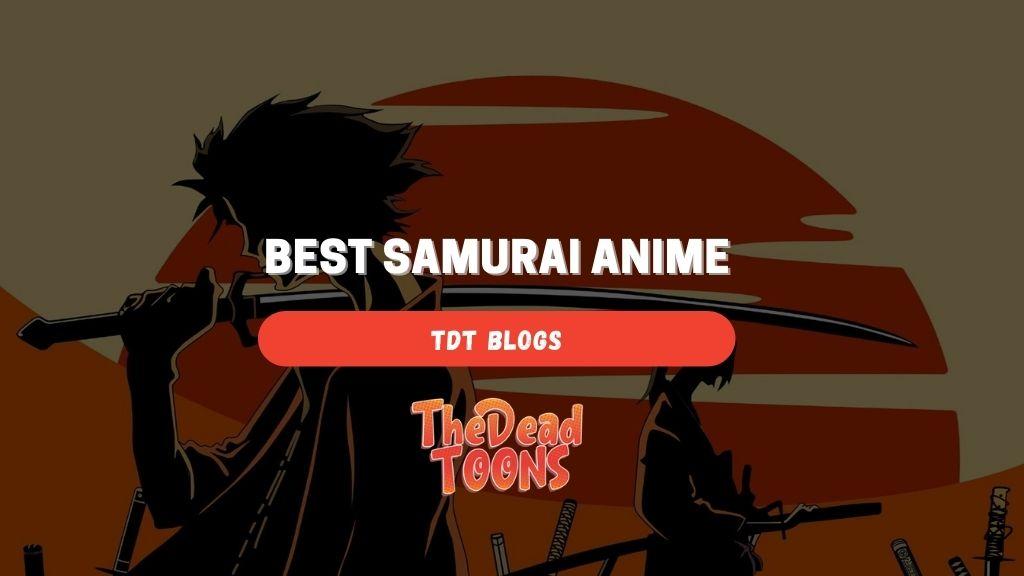 Japanese culture and history have been a major theme used in anime for many years. The richness of the past is of great use for story-telling of the present. We have seen so many animes spawn out of ninja history. But their counterparts and occasional rivals, the samurais, haven’t received as much glory and love—however, there are many binge-worthy animes based on the thrilling samurai history. Here, we’ll be taking a look at some of the best samurai anime.

Samurai were a warrior class in Japan that first rose to power working beside the rulers, taking care of fights and rebels. However, they began to grow and accumulate more power; these skilled warriors soon became so powerful that they took control over all of Japan. While ninjas were mercenaries and vigilantes, samurais belonged to a noble group. Many animes portray samurais as marvelous and mighty warriors, or they take the comedy route, portraying them as goofy and humorous. Here are the best samurai anime that you need to check out. 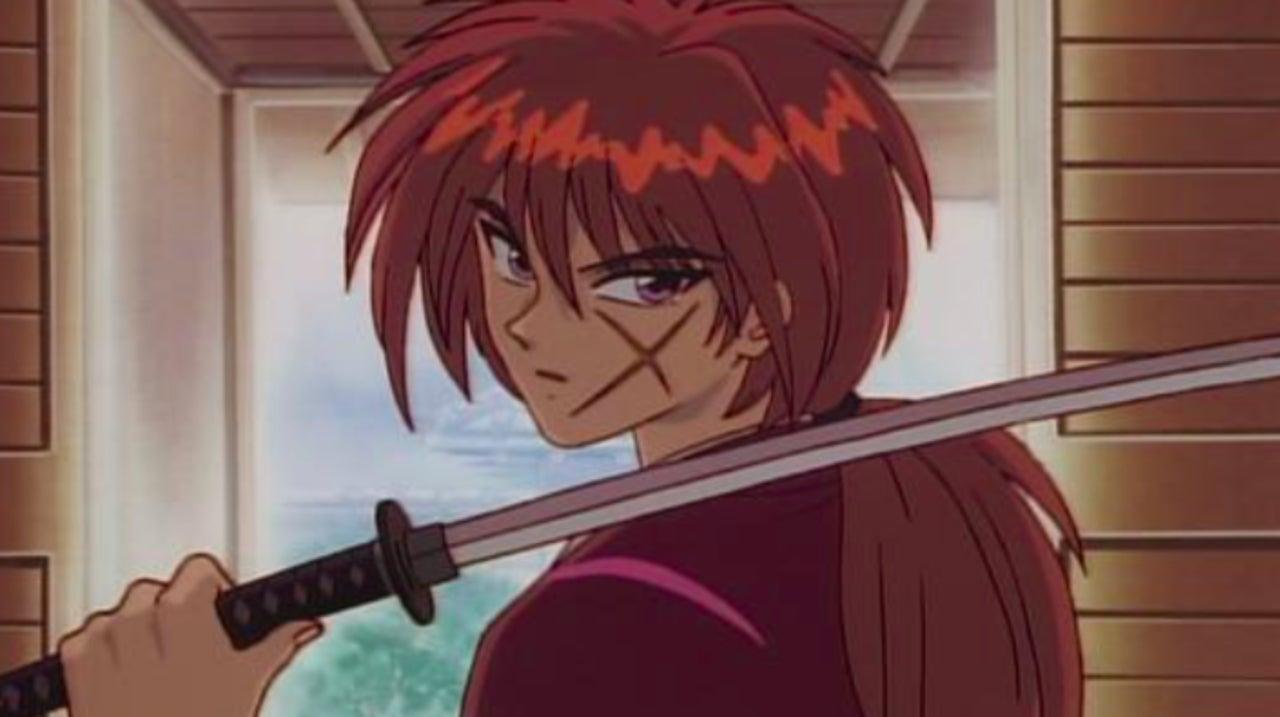 The once-feared assassin Hitokiri Battousai seemingly vanished from the face of the earth during the peak of the Japanese revolution. His terrors were no longer heard of, and ten peaceful years had passed as such. Unbeknownst to most, he is still alive, living under the alias of Kenshin Himura.

With this new identity, he has left behind his old sinful past and travels along to help the needy. However, with someone impersonating as Battousai and threatening to destroy a dojo, Kenshin will have to stand up and fight once again; while he has vowed never to kill again, his enemies from the past and present aren’t going to step away. Will Kenshin be able to keep his oath? 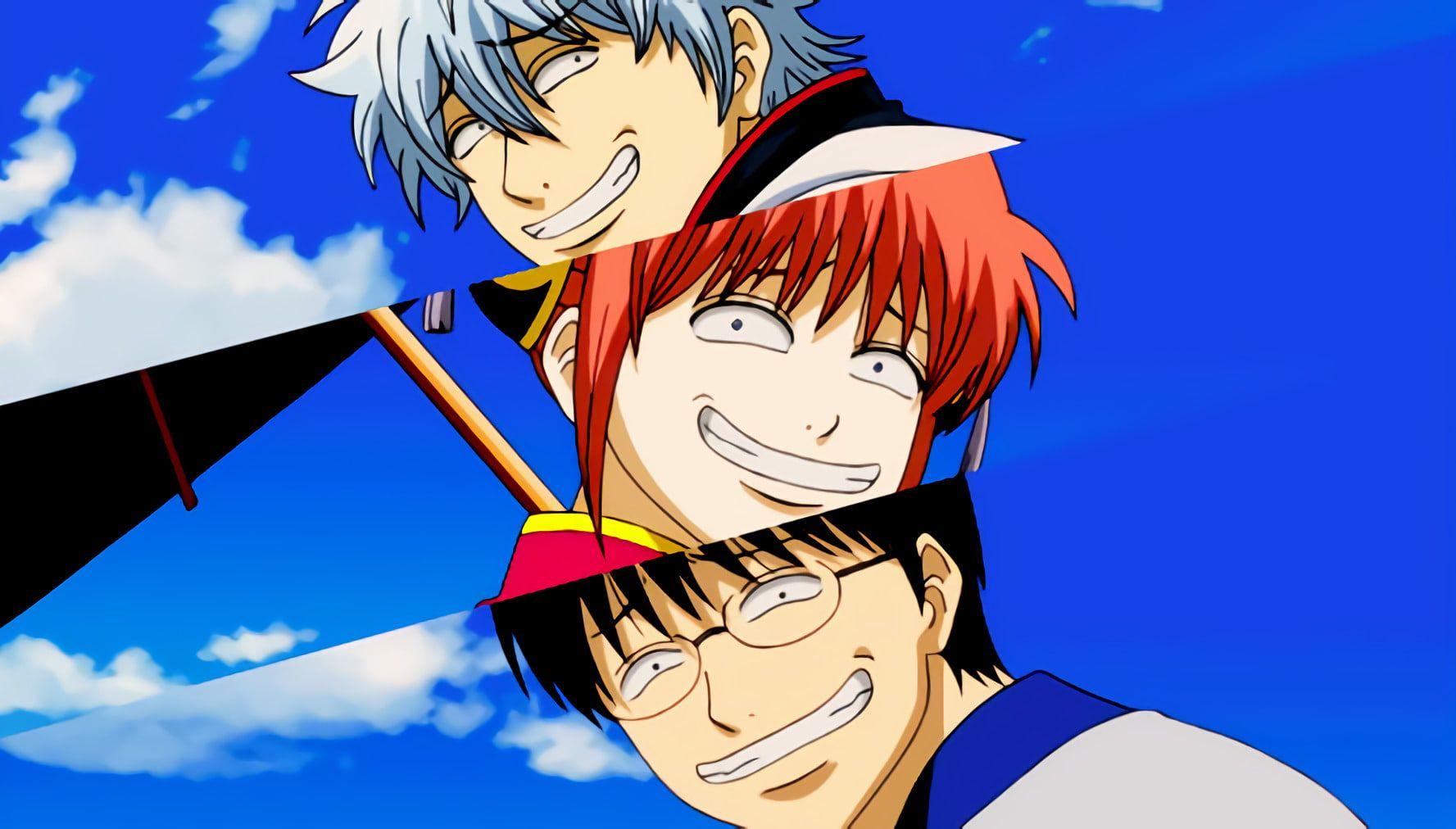 This anime is centered around a goofy samurai, Gintoki Sakata. He lives in Feudal Japan, which aliens have taken over. Upon their arrival, the aliens prohibited the use of swords, and as a result, the samurai clan lost most of its glory and name. Gintoki, nevertheless, still carries the spirit of samurais within himself. He still hopes to fight against the aliens.

However, he currently works as an errand boy, taking up any job that he can for petty cash. These jobs lead him to many adventures, as he butts heads with police, assassins, and rebels. Hilarity ensues when Gintoki and his friends set out to cause chaos in this wonderful mix of modern and feudal Japan. Gintama is a samurai anime that is mostly funny to watch but nevertheless has its share of serious moments. 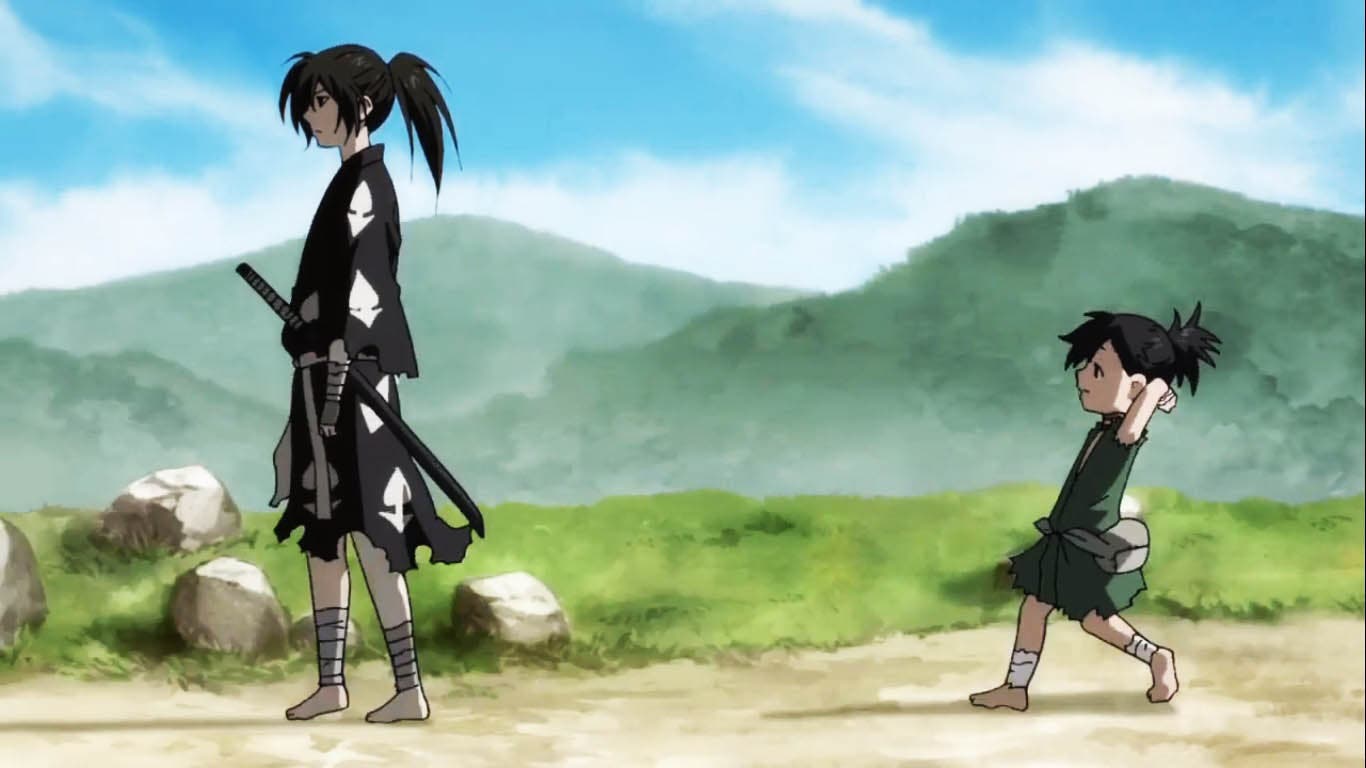 Early 2019 saw the remake of the legendary mangaka, Osamu Tezuka’s (often dubbed the father, or God of manga) anime, Dororo. Understandably, the anime gained a lot of popularity even before its release. Its premise surrounds the life of a boy, Hyakkimaru, who was born without limbs, nose, eyes, ears, or even skin. This was the first child of a samurai lord who prayed to 12 Demons to bring greatness to his kingdom.

The demons who were each given body parts of the baby wreak havoc all over Japan, while the boy’s mother leaves him afloat in a river out of mercy. The child floats away to a medicine man who makes him prosthetics. He now lives his life without his senses, battling the demons, killing them to regain his body parts, and eventually confronting his father. On the journey, he meets an orphan boy, Dororo. The anime further explores the journey of the unlikely pair as they face the peril that lies ahead.

4. Sword of the Stranger 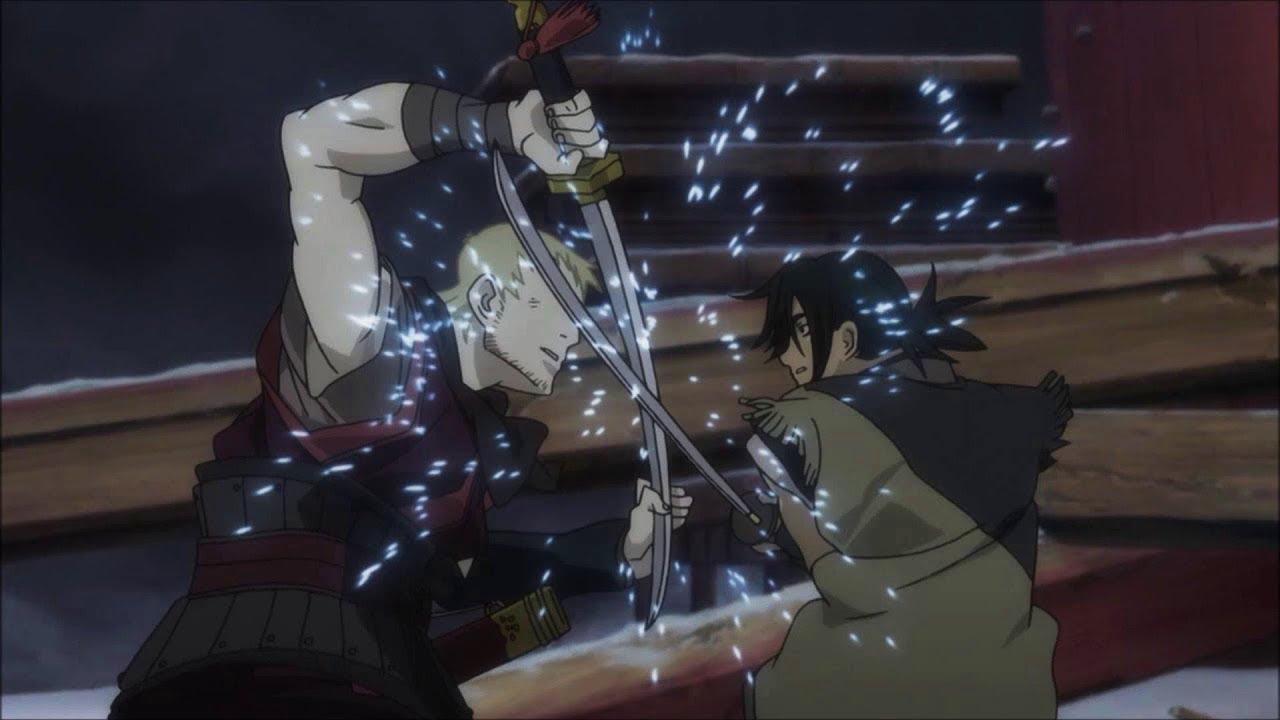 Sword of the Stranger

This anime movie was nominated for Oscars and won the Best Animated Feature in Brazil’s International Fantastic Film Festival. It follows Katorou, a petty thief that steals from unsuspecting villagers to fend for himself. He is forced to run away with his dog, Tobimaru, when he discovers that assassins from China’s Ming Dynasty are chasing him down. Completely unaware of the reason, he is on the run.

When Katorou is attacked, and Tobimaru poisoned, the two are saved by Nanashi, a wandering samurai (called ronin). Soon, Tobimarou requests his protection until they reach their destination. However, their journey will be treacherous, as they will have to face multiple threats sent by the dynasty. How will they survive, and why is Katorou being chased? 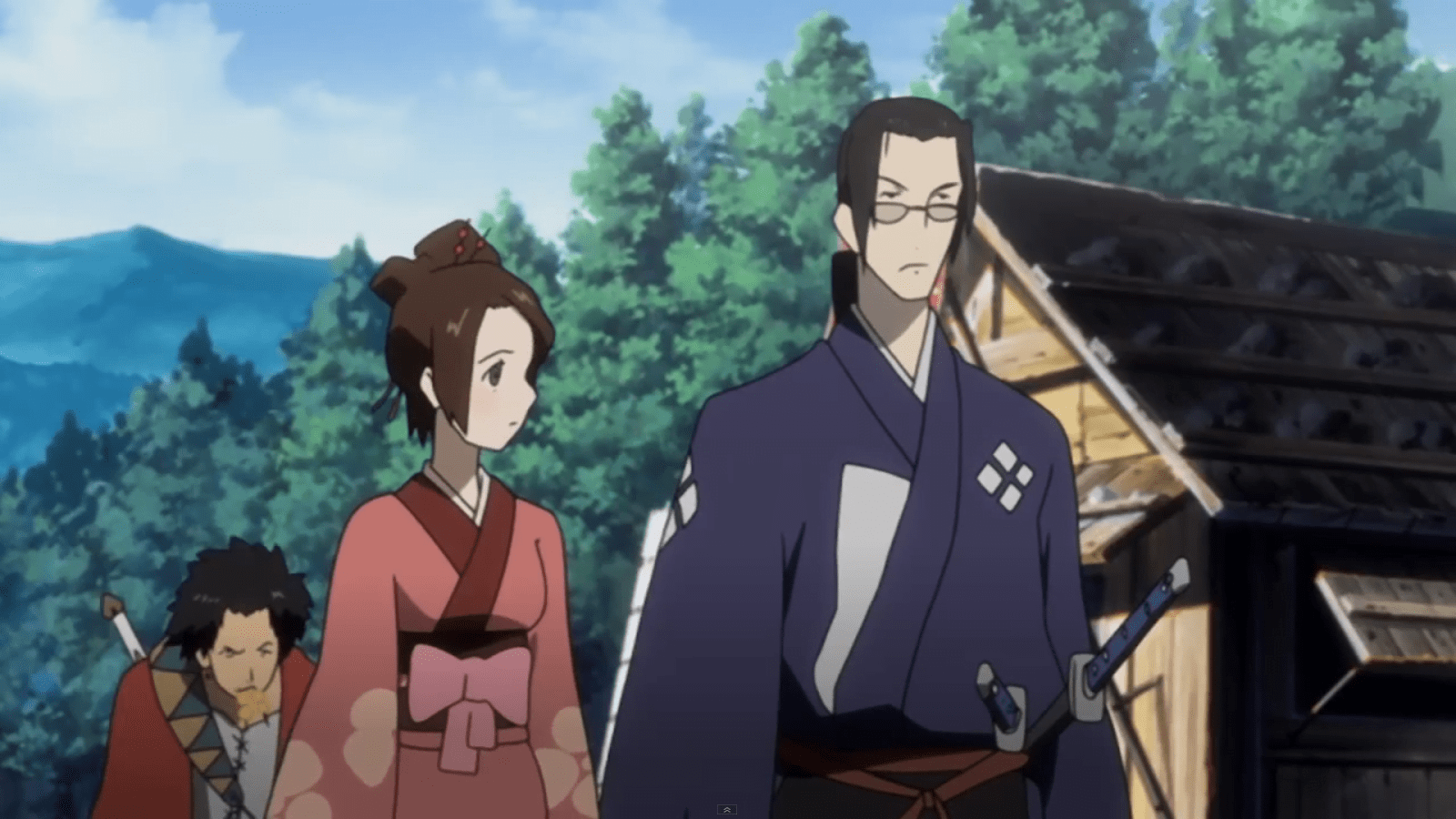 Samurai Champloo is an exciting mix of Japanese traditions with the hip-hop world. We’re introduced to a samurai who implements break dancing in his swordplay. The man is very skilled and easily slices through most of his opponents when a brawl erupts at a teahouse. However, when he gets to fight with a ronin (a traveling samurai), Jin, he has a hard time keeping his own. Jin follows a strictly traditional fighting style, and the two soon develop a heated rivalry and accidentally kill a child while fighting.

When the two are sent to be executed, they are saved by Fuu Kasumi, who employs the pair and seeks their help to find a samurai whom she only remembers to have smelled of sunflowers. The anime follows their quest to find the mysterious warrior, while Fuu tries to keep the two samurais from cutting each other’s heads off. 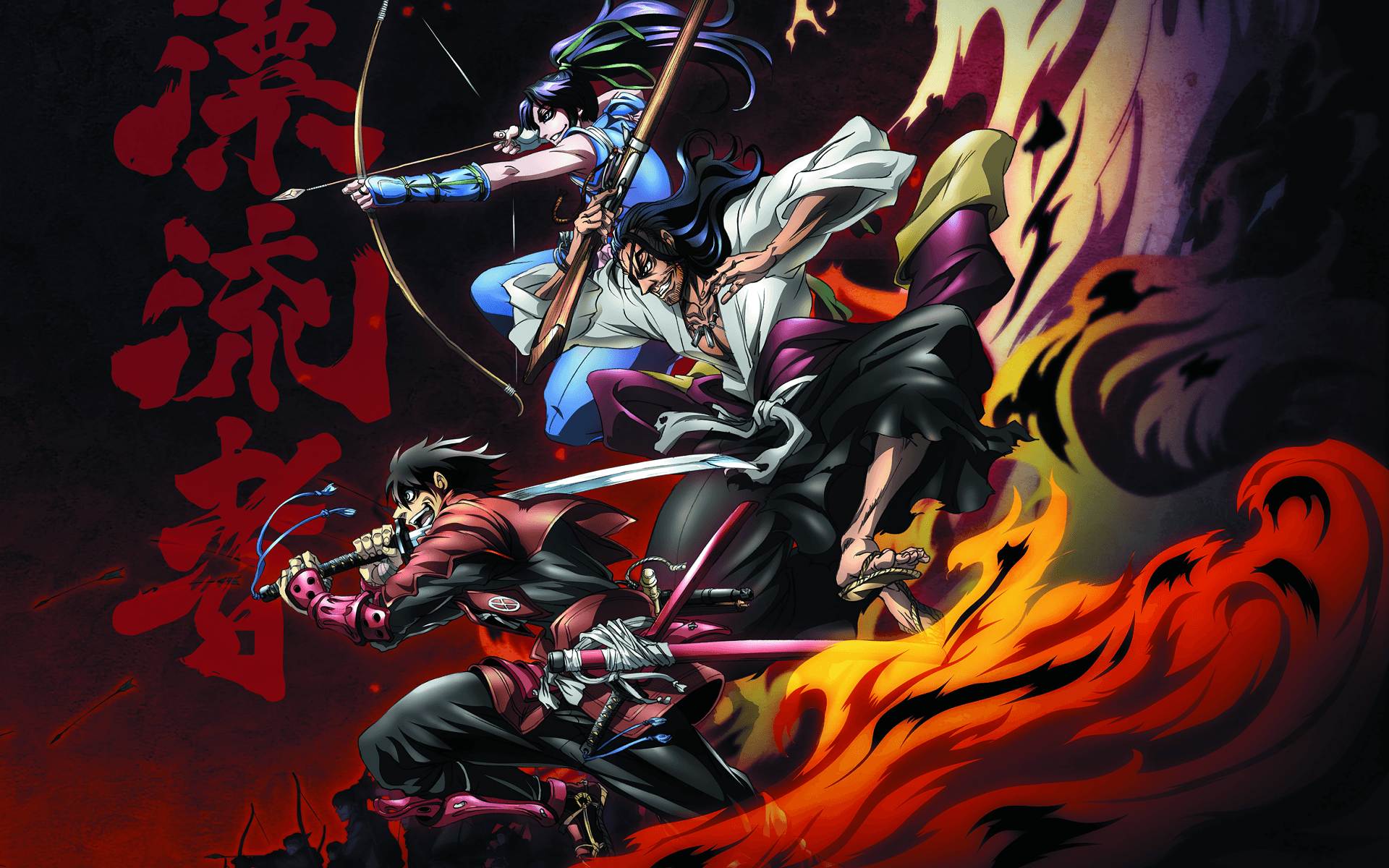 Toyohisa Shimazu is a rearguard in the Battle of Sekigahara in 1600. He is mortally wounded but soon finds himself plucked away from his world and in a white hallway. Many fantastical creatures inhabit the new world he is transported to. He is left utterly shocked when he comes face-to-face with great warriors from different eras.

He further realizes that he is a part of a group made of great warriors from distinct periods. The world is consumed by political unrest and his group, the “Drifters,” will have to fight against another group of legendary fighters, the “Ends.” Who will achieve victory in this ultimate death game? 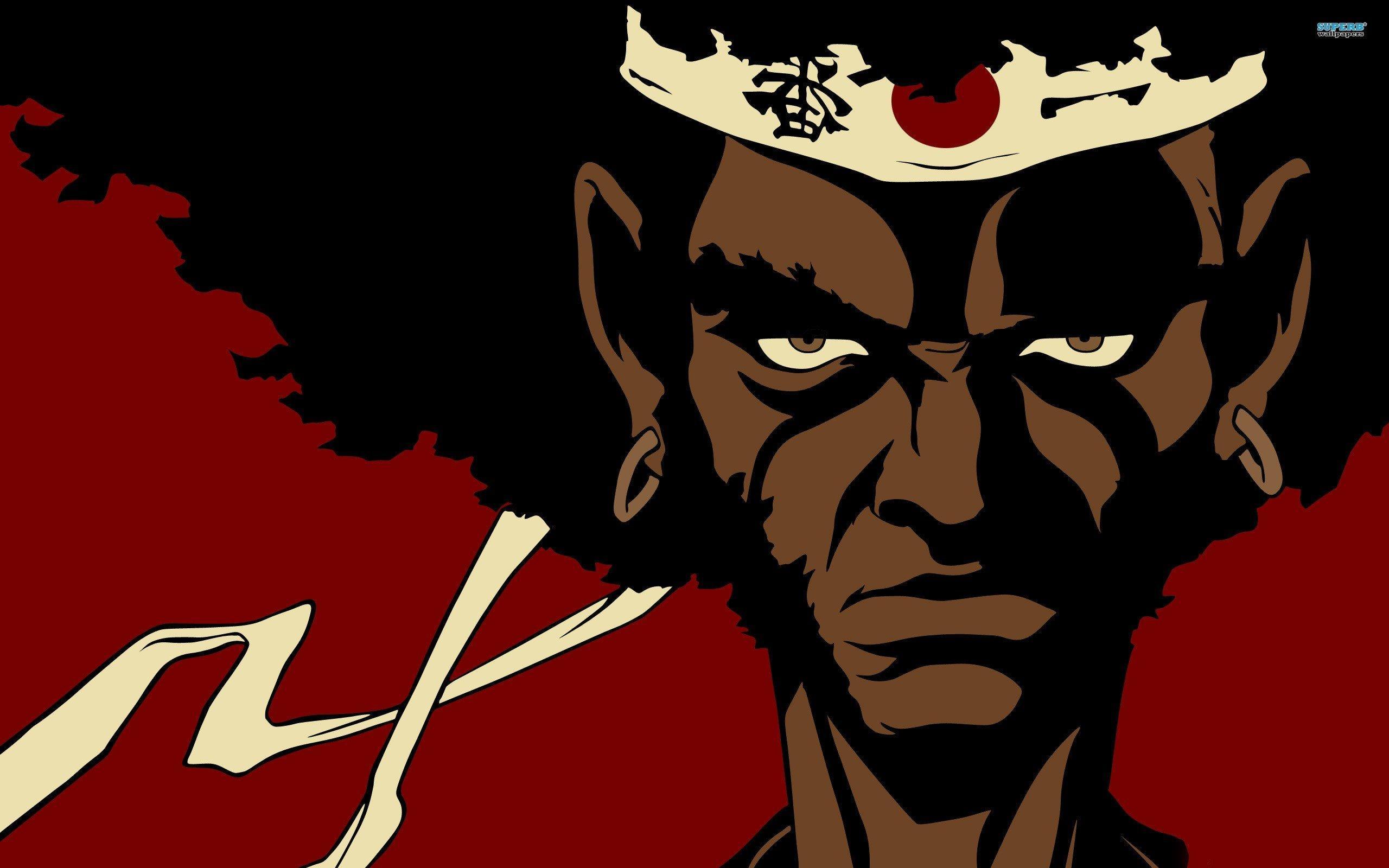 An anime created with the help of Samuel L. Jackson, Afro Samurai, is an excellent mix of Japanese and western worlds. It follows the adventures of a young boy named Afro. He is on a path of revenge against a gunslinger responsible for killing his father. The gunslinger replaced his own “Number 2” headband for the “Number 1” headband Afro’s father owned, gaining Godly powers in the process.

Now driven by revenge, Afro gains the Number 2 headband year later and subsequently acquires the right to challenge his father’s murderer. However, he has a tough road ahead of him, as many strong warriors are also after his headband. Will Afro obtain success in his quest? 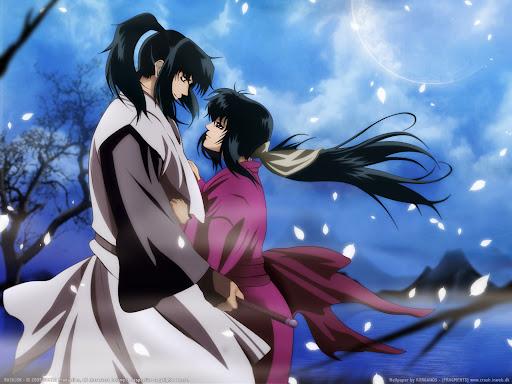 This anime shows us the story of forbidden love. The heirs of two warring clans, Gennosuke and Oboro, have fallen deeply in love with each other. Their clans were waging war for centuries until the order of a legendary warlord, Ieyasu Tokugawa, ordered a ceasefire from both sides. This was years before, and now, the country’s political landscape has shifted, yet another war is on the horizon.

Ieyasu’s two grandsons each claim to be his heir and to make a decision, each shall send ten warrior representatives in a terrifying battle royale. Now stuck between the depths of their harrowing duty, and the punishment of their “erroneous” love, what will the two lover choose? 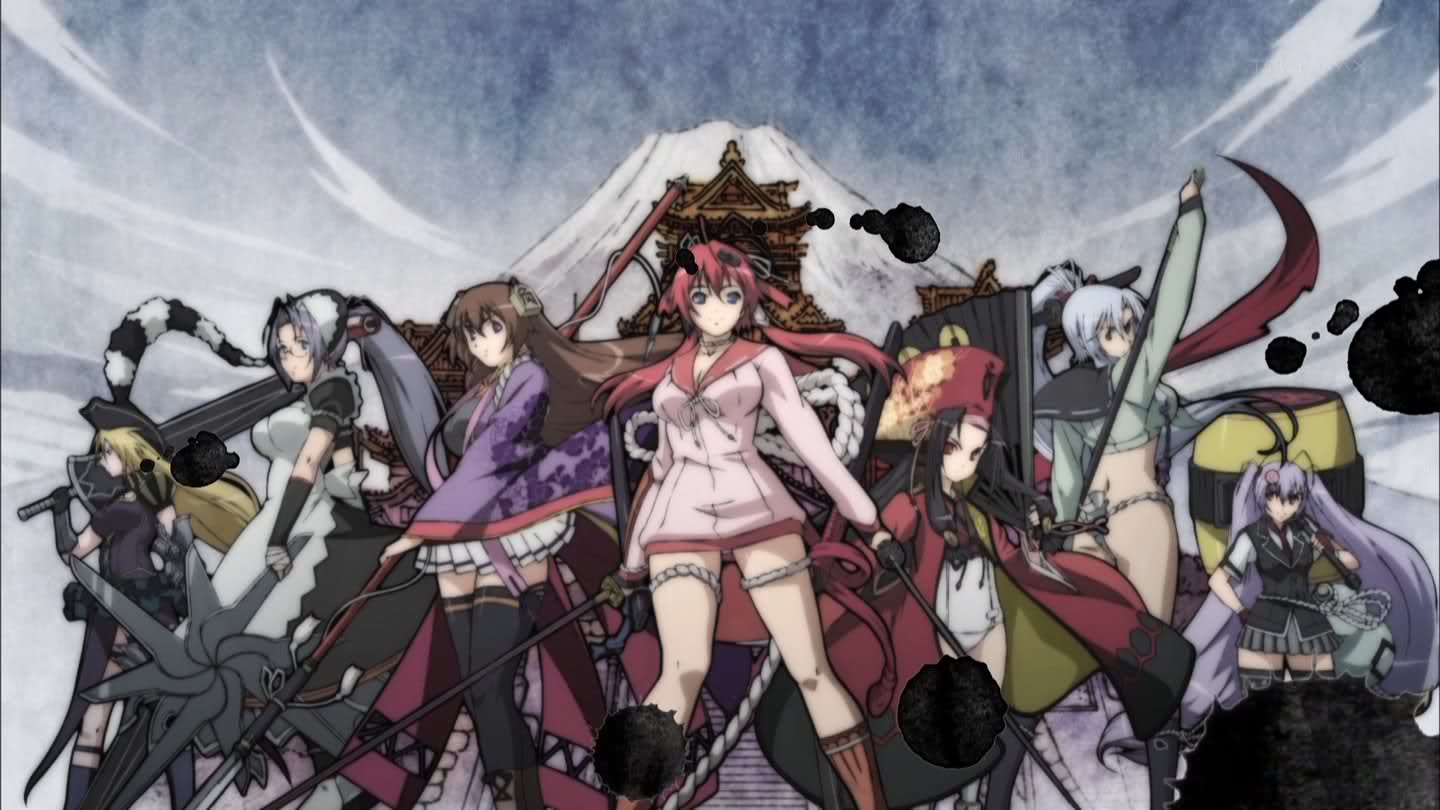 This anime is set in an alternate reality, where a highly developed “Great Japan” is under attack by many envious forces. The only ones capable of guarding the country are the Master Samurai. The story centers around Muneakira Yagyuu, who arrives at Buou Academic School. Here, children of warriors are given aristocratic training to run the country. The school is led by its student council president, Yoshihiko Tokugawa, and his sister, Sen, a childhood friend of Muneakira.

Upon stepping foot in the academy, Muneakira is met with a bizarre situation. The sky whitens, and a mysterious girl, Juubei Yagyuu, suddenly appears before him and kisses him. As a result, she awakens a power that protects the two of them. Now, the kids must unravel the secret behind the girl, as well as the Master Samurai. Samurai girls is an interesting mix of ecchi and samurai. 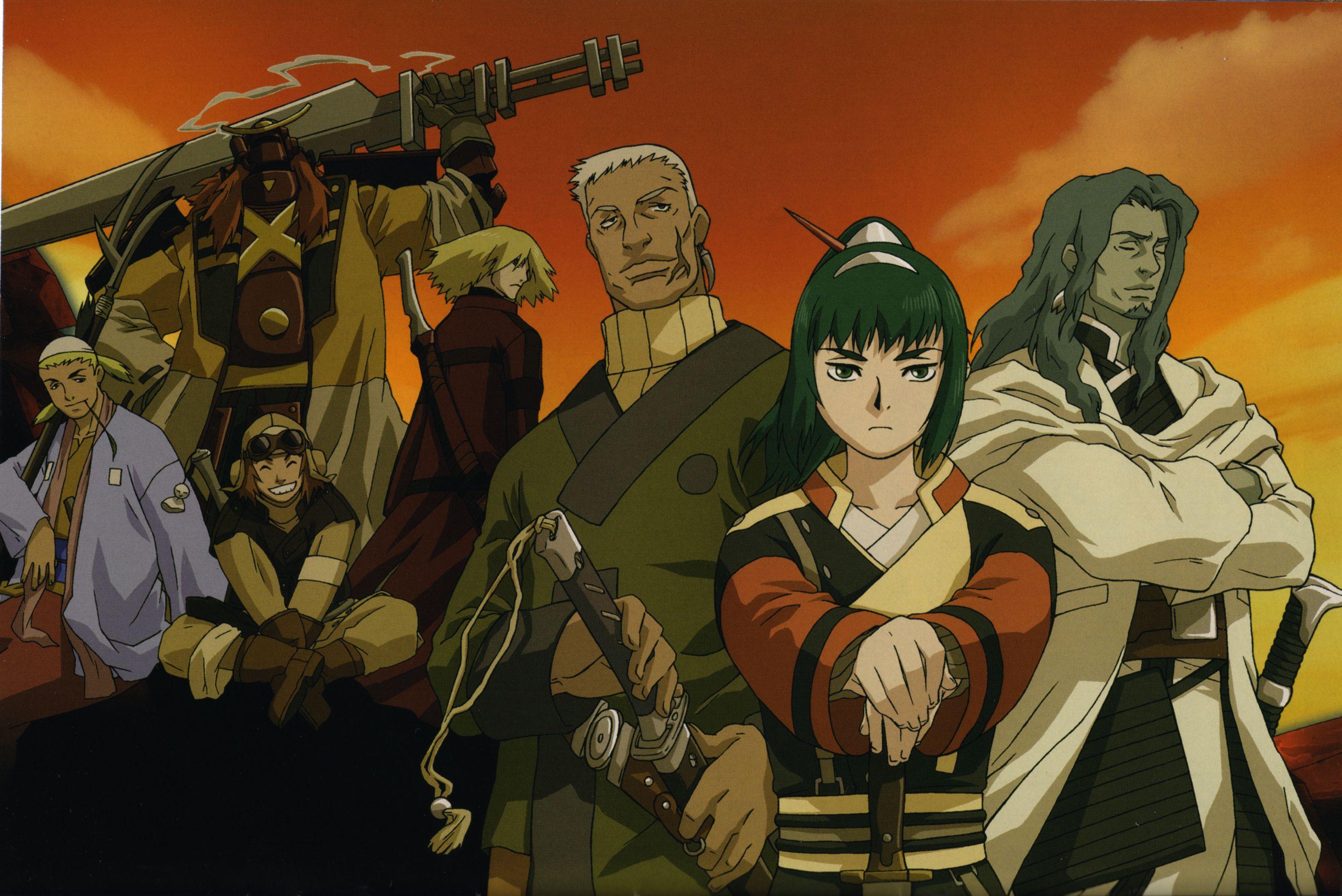 Samurai 7 is the tale of Kanna Village, one of the many villages terrorized by a group of bandits called the Nobuseri bandits. These bandits were once samurai that infused their bodies with machinery, subsequently gaining great power. They use this power corruptly and create menace throughout the country. 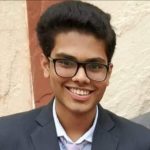