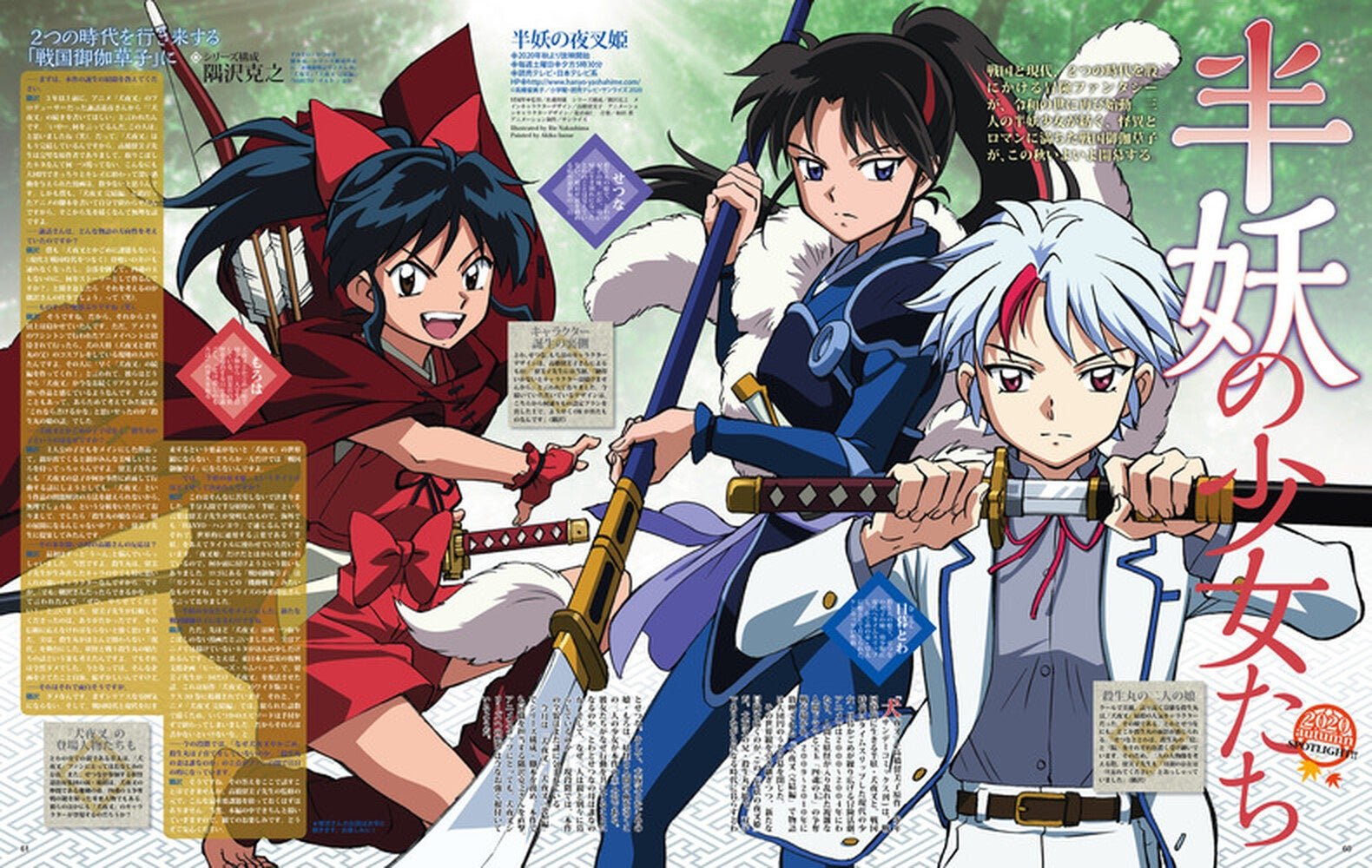 Yashahime: Princess Half-Demon, a brand new anime awaiting for all of us. But before we get into the details of this new anime series. Let’s know about the back story behind the creation of this.

The creators of the anime were planning to launch a spin-off for this since May last year. But it all seemed to be just rumors. But now, finally, the production unit and the creators are all set for this new release.
What is the name of this new anime series?

This new spin-off anime series if titled Yashahime: Princess Half-Demon. The spin-off will be the story of the children of the lead characters from Inuyasha.

What is the anime Yashahime: Princess Half-Demon about?

As per Viz media‘s official twitter handle, here is a short description of the anime Yashahime:

The story of the anime Yashahime: Princess Half-Demon is about Sesshomaru and Inuyasha’s daughters. Who are on a journey of transcending time. 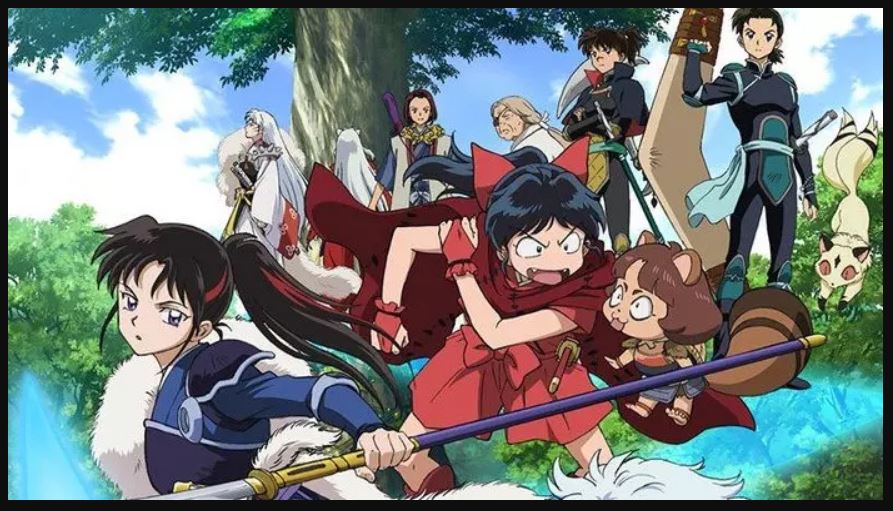 The anime is set in the backdrop of a Feudal Japan. Towa and Setsuna are two demon sisters who get separated during forest fires. Towa heads onto a mission, in search of her younger sister. During this, she encounters a mysterious tunnel. This tunnel sends her to the present-day in Japan. Where Kagome Higurashi’s brother adopts and raises her.

Almost ten years have passed now. And the tunnel connecting the two eras has reopened. This will allow the reunion of the two sisters Towa and Setsuna. Setsuna now works for Kohaku and is a Demon Slayer. Unfortunately, to Towa’s dismay, her sister appears to have lost all her memories related to Towa.

On this journey of finding the missing past, Moroha joins the two. Moroha is the daughter of Inuyasha and Kagome.

The addition of this new trailer helps us in understanding the characters better than before.

Recently, a new visual from the anime went viral. The visual showcased a man along with the three lead characters. As per the sources, it seems like the man can be Miroku and Sango. But a man that seems to be the child of Miroku and Sango’s child. This man is now a Demon Hunter. Apart from this in the visual, we also see Inuyasha and Sesshomaru at some distance.

Yashahime: Princess Half-Demon is all set to hit the screens on 3 October 2020 in Japan.

The Rise Of Skywalker Finally Crosses And Enters $1 Billion Mark