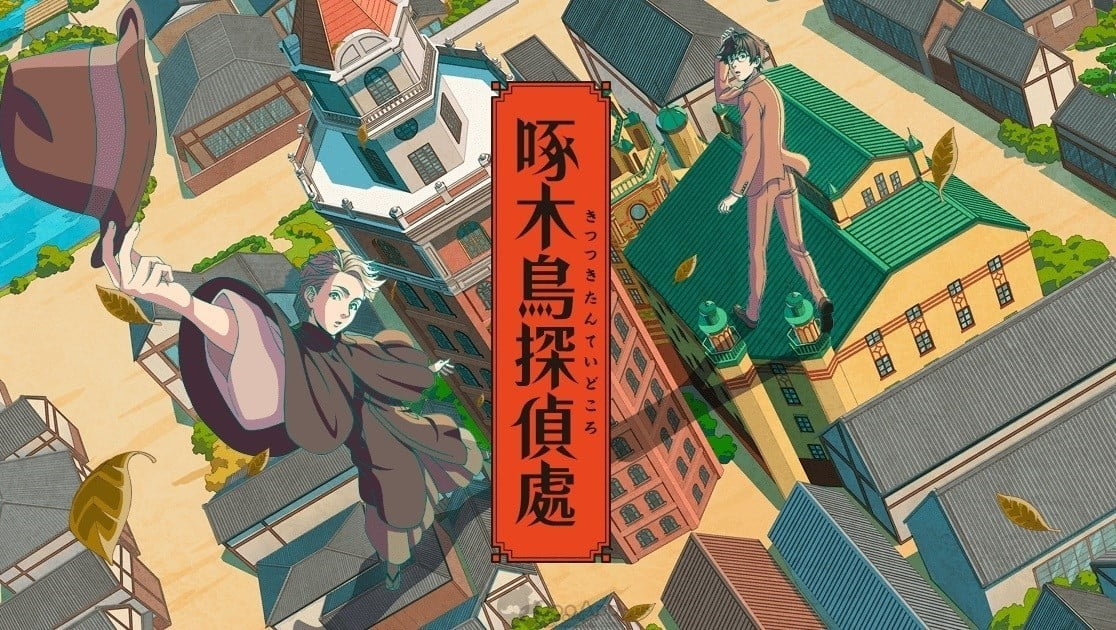 Animax Asia reported last week that it will stream the television anime of Kei Ii’s Woodpecker Detective’s Office (Kitsutsuki Tantei-Dokoro) mystery novel. The streaming will start on April 14 at 8:30 p.m. GMT +8. A new episode will air each Tuesday.

The anime will debut in Japan on April 13 on Tokyo MX, BS Fuji, and CS Family Gekijō.

The anime will star the following as lead protagonists:

Hayato Furusawa is also a part of the cast as per sources. However, the role is still a secret and isn’t officially disclosed. All we can do is wait till the show goes on air. Hayashi and Furusawa won the second tryout round for male voice actors for the Kimikoe Project in January.

Takuboku Ishikawa is a poet who runs a private detective agency to support his family. A newspaper article featuring…

The list of people working behind Woodpecker Detective’s Office is vast. it includes:

Shinpei Ezaki is chief of the anime at LIDEN FILMS. Shenpei’s some of the famous animes include Monster Strike The Movie, Hanebad!, and Gunslinger Stratos: The Animation.

Tomoe Makino is coordinating the series. He is famous for his works like Tsuredure Children, Shōwa Genroku Rakugo Shinjū, and Haven’t You Heard? I’m Sakamoto.

LIDEN FILMS is also a part of the credits. LIDEN is coordinating alongside Tôhoku Shinsha.

Taku Kishimoto is overseeing the series scripts. And manga maker Kaoru Saki is credited with the primary character designs.

Shuichi Hara is adjusting the character designs to animations.

MONACA is composing the music. Youji Shimizu is the sound chief.

Woodpecker Detective’s Office Anime tells the story of 1990. The story is set in 1909 during Japan’s Meiji time. And it revolves around a poet Takuboku Ishikawa. The plot shows a tale fictional yet real-life. It also depicts a genuine linguist Kyōsuke Kindaichi. They both were acquaintances. In the novel, Takuboku runs a private detective organization to support his family. Both start to investigate a case. The case of supposed ghost appearances. The events take place at the Asakusa Jūnikai building. It is also known as the Ryōunkai.

Kei Ii published the novel’s first version in the ordinary tankōbon design through Tokyo Sogensha in 1999. Tokyo Sogensha re-released the book in the smaller bunko design in 2008.

Rent A Girlfriend Episode 11: Kuri And Mizuhara On A Date!

The Outer Worlds: Peril on Gorgon – Release Date and Trailer

Avatar: Stephen Lang Teases His Comeback For The Sequel, Here’s Everything...

The World Beyond! AMC Confirms Release Date Of New Series