Spider-Girl also referred to as Spider-Women is a female superhero, an alter-ego of Mayday Parker. There are various versions of Spider-Man across the Marvel universe, many of them are avatars of Peter Parker and a handful of his family. But this Spider-Girl aka Mayday Parker is named after Spider-Man’s aunt May, Tom DeFalco and Ron Frenz created the character. She first appeared in  What If, Spider-Girl, was the longest-running superhero book written by DeFalco, art by Frenz and Pat Olliffe, with a lead female character ever published by Marvel. The Amazing Spider-Girl, and later The Spectacular Spider-Girl got relaunched as the sequel of Spider-Girl. 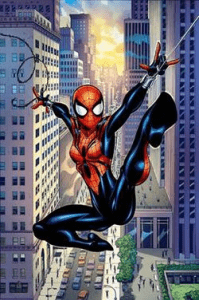 While the final battle of Peter with Green Goblin he lost his leg and so, he got retired from his duty as Spider-Man. Green died in the fight, Peter and Mary Jane saved their daughter from the villain. Peter Parker then took a job as a forensic scientist at NYPD. At the age of 15, she started developing the powers as his father, however, she refused to tell him. At the time Green Goblin’s Grandson attacked Peter for taking the revenge for Green’s death. Mayday took away the weapon used by his father and fought with Green’s grandson. 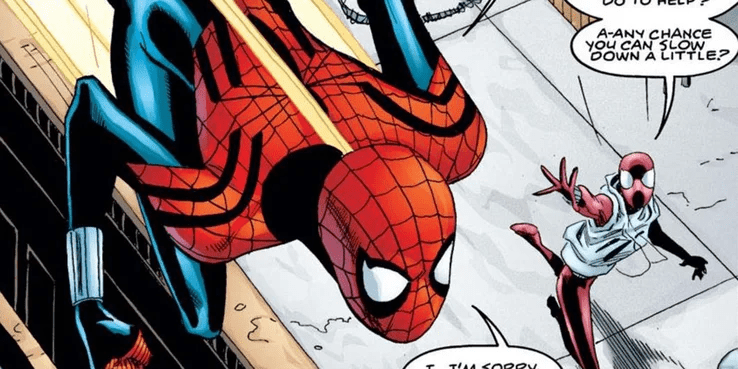 She eventually had many scoundrels surrounding her. Returning villains like Hobgoblin and the Venom symbiote, also new enemies such as the crime-lord ‘Black Tarantula’, the Vulture’s daughter ‘Raptor’ and the electric-powered ‘Killerwat’. The perfect mix of Peter and MJ’s personalities and becoming a highly prevalent though intelligent teenager, Mayday was specifically proficient at forming allies with former enemies like  Raptor and Normie Osborn. Mayday dated Gene, the son of Black Cat and Flash Thompson but eventually, the relationship ended.

Here’s What ‘John Cena’ Says On Playing Peacemaker In The Sequel...