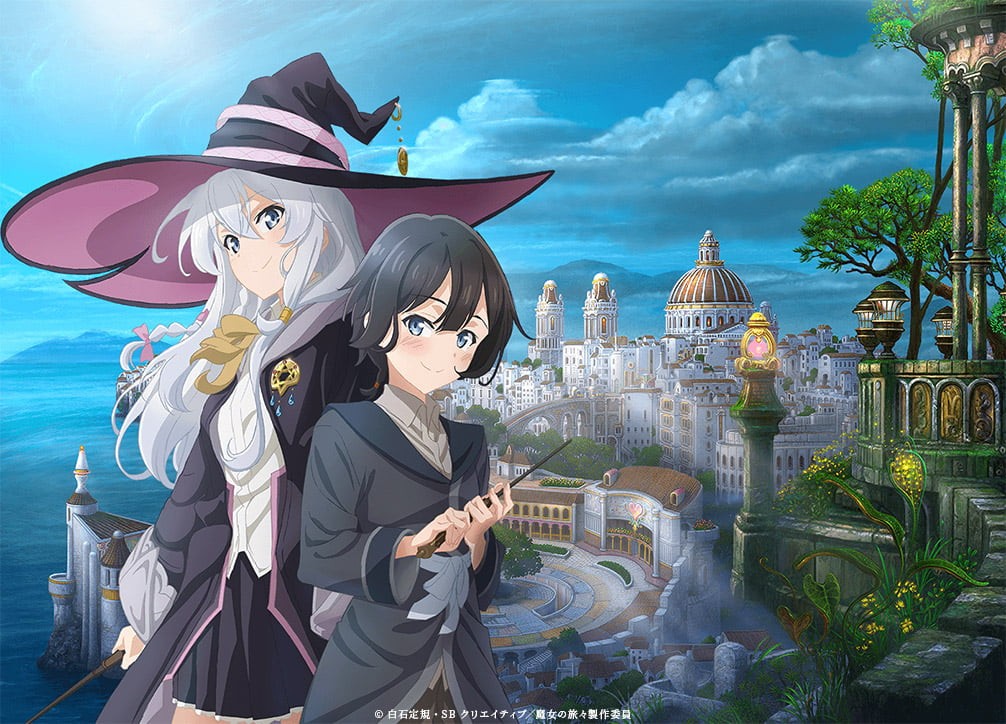 I remember growing watching Magical Doremi, which also popularly goes with the name Ojamajo Doremi. The anime was about a group of magical witches full of hilarious events. Indeed, it was one of my favorite anime.

To refresh the memories, a new anime featuring the mysterious journey of the Witches is all set to release. “Wandering Witch: The Journey of Elaina.” Sometimes there is this thing like a feeling of breaking ourselves free from our daily constraints of life. And we all desire to wander around to different places known and unknown. The desire and desperate urge to discover what lies within the world. Wandering Witch: The Journey of Elaina is anime that depicts all these. And thus resulting in the tingling of the hidden wanderers in us.

In this article, I will be sharing with you the details and latest updates on the upcoming anime Wandering Witch.

An official announcement was made on from the official account of Kadokawa Anime on Twitter regarding the release of the anime. As per the twitter post, season one of the anime Wandering Witch will release in October 2020.

Recently, the official website of the Wandering Witch: The Journey of Elaina, a small promotional video, is featured. The trailer of the anime is also available on the Youtube channel of Kadokawa.

There's a new visual and a new trailer for the Wandering Witch: The Journey of Elaina anime! Take a look! https://t.co/lQMqQOWQwA

As per the trailer, the story of the anime portrays Elaina, the lead protagonist riding on a broomstick. Elaina calls herself a traveler going on many journeys. Elaina is someone who always dreams of adventures looks forward to surprising encounters in life.

There are a total of six visuals of the anime Wandering Witch: The journey of Elaina available on its official website.

The four primary cast of the anime, the four witches, include:

The animation of the series is progressing under C2Cs’ guidance. Meanwhile, Toshiyuki Kubooka is directing the whole anime series. Kazuyuki Fudeyasu and Takeshi Oda are handling the storyline composition and character designs, respectively.

The story of the anime follows the journey of a Wandering Witch, Elaina. She loves to travel to different places across the world without any purpose or destination. Unknowingly Elaina starts becoming part of different people and their lives on her different journeys. And once she finishes her journey as a witch, she chooses another person as an apprentice, who will take up trips for her. And thus the cycle continues of witches and their journeys discovering new journeys continue.