Shonen Jump is a famous manga by Viz Media. Hence, the media house has made an announcement on twitter. That it will be launching a new manga to its Shonen Jump service. The new magazine added is new Moriking (Shinrin Ōsha Mori King) by Tomohiro Hasegawa.

Furthermore, The manga will also come out in Shueisha‘s Weekly Shonen Jump. Also, It will release on Monday.

🚨NEW SERIES ALERT! 🚨
Moriking joins Shonen Jump on Sunday! The next stage of insect evolution is surprisingly handsome! Read it FREE from the official source this Sunday! https://t.co/7W1z2maNa4 pic.twitter.com/LvOZgKLjpH

Weekly Shonen Jump has stated that this manga will be featuring the Brother-Sister bond who has an extreme appreciation for each other. This manga will come out in the magazine’s 20th issue and also it will have 46 pages in its first chapter. Hasegawa released “Shinrin Shugōsha Mori King” which somewhat had the same story last year. 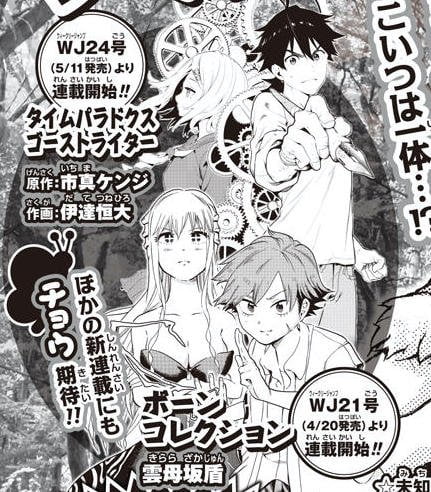 The English dub of the Chunin Exams are finally available! 🔥

Own Boruto: Naruto Next Generations, Set 5 on Digital: https://t.co/xfYFJ5LKr9 pic.twitter.com/CJKUWNFGzv

This Manga is highly awaited by the audience as the previous comics were appreciated well.