Joker is a 2019 movie directed by Todd Philips, written by Scott Silver and screenplay co-written by Todd. This film is based on DC comics; the genre of the film is a psychological thriller. DC Comics and Warner Bros share the film. JOKER premiered at the 76th Venice film festival organized at Venice, Italy from August 28, 2019, to September 7 2019. The cast of the film includes Joaquin Phoenix as Arthur Fleck / Joker, Robert De Niro as Murray Franklin, Zazie Beetz as Sophie Dumond, Frances Conroy as Penny Fleck, Brett Cullen as Thomas Wayne, and others. The film is also going to get premiered at the Toronto International Film Festival on September 9, 2019, at Toronto, Ontario, Canada. 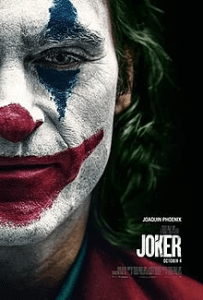 The twitter handle of Venice film festival tweets about Joker:

#BiennaleCinema2019 #Venezia76 #Competition “Our hope was to create a character that you really feel for, even root for, up until the point that you just can’t anymore”: this is how #ToddPhillips and #ScottSilver have imagined their #Joker @jokermovie → https://t.co/Sa68gUqA8n pic.twitter.com/8txZT7Xmut

The movie is all set to release on October 4, 2019, in the United States. The dark character of Joker would make you cry or laugh or hate him, that you can say after watching the movie. The link of the trailer of the film is:

Spike Chunsoft Takes Over Danganronpa Publishing in the West – News