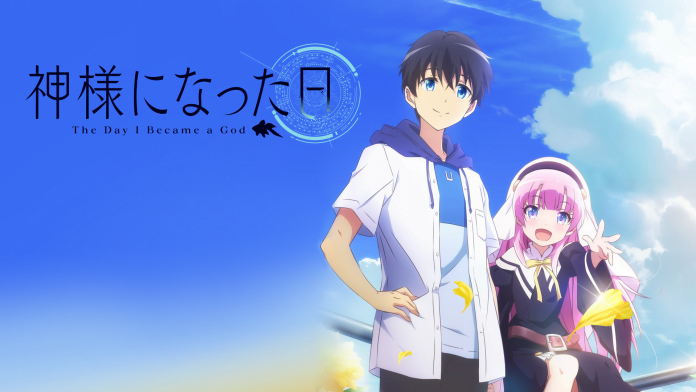 With the world coming to an end and the gods not in a mood to save it, the anime The Day I Became A God is taking an ugly turn. The ending of the second episode of the anime left us all on a cliffhanger. With that, the viewers’ anticipation regarding the upcoming episode of The Day I Became a God is growing more and more.

With all that said, let’s see what is on hold for us in the next episode. ANd one of the best things is that despite all the predictions, the anime always surprises something new and proves that the plot and storyline are highly unpredictable.

So without wasting any time further, let’s move ahead and get straight into the details and updates on Episode 3 of the anime The Day I Became a God.

The Day I Became A God Episode 3: Release

With almost 3 episodes out now, we can see a similar pattern in releasing new episodes of the anime. The anime schedules the release of a new episode every Sunday.

The anime is available on Funimation as its official platform for streaming. The release of every new episode also takes place on the same. Along with Funimation, Hulu also streams the anime and its latest episodes on its website.

Previously in the anime The Day I Became a God, we see the world is ending, and the gods are not doing anything. As they are busy in their own lives, living and doing their daily chores.

While in the backdrop of the anime, Hina gets well acquainted with Yota’s family members. Yota was also surprised with all these happening. However, things turn to be good, and they all get along in the end. Yota’s mother and the rest of the family treats Hina like family instead of making her feel like a guest.

LOVE is in the air!

The next morning in the anime,  we can Yota excited to take pictures with Izunami. It is revealed in the anime that he is secretly in love with her but is afraid to confess. Izanami is an introverted girl. She is timid and reserved and doesn’t like to interact with people. She recently lost her mother, and it was devastated.

Yota participates in a boxing match to impress Izunami but ends up getting beaten up. But to everyone’s surprise, he gets up back and fights back to win the match.

With only 24 hours left for the world to end, Yota visits Izunami. It will interesting to witness our Gods’ approach towards his love in further episodes. Till then, stay tuned.

Yashahime Princess Half Demon Anime To Stream On Ani-One

Higurashi: When They Cry Episode 6: The Mion Twins