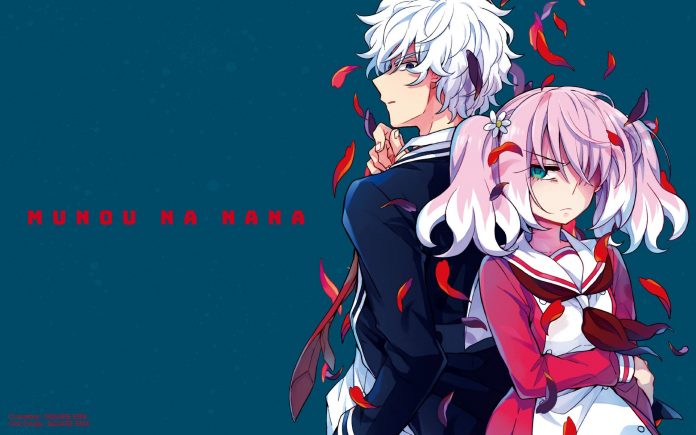 In the previous episode of the anime, Talentless Nana, as Nana cleans the chalkboard, Mugou asks Kyo about yesterday’s incident regarding the fire at the janitor’s shed. Kyo says that somebody attacked him, and he is not the one responsible for the fire. Mugou says he is lying and laughs at him. Kyo says that he suspects Nanao might be responsible for it as Nanao is still absent.

While they talk about all these, Nana silently listens to them and thinks it is mind that, in reality, she is the one responsible for everything that is happening. Nana gets worries that despite all her efforts and things going around, she couldn’t unmask Kyo’s talent. Kori says that it feels a little unusual to him as Nanao and Shibusawa are missing. To which Kyo replies, saying the enemy might have killed them. He says so because he also was attacked by the enemy. They also tried to kill him. Nana realizes that she won’t hide the news of Nanao and Shibusawa death, as Kyo will not keep quiet anymore.

With all that said, let’s head to find the details of the upcoming 5th episode of the anime Talentless Nana.

The anime Talentless Nana has a weekly schedule to release new episodes every week. And like always this week also the anime will release a new episode on Sunday.

The upcoming 5th episode of  Talentless Nana will release on 31st October 2020, at 9:30 PM JST. All the previous episodes of the anime as well the upcoming ones are officially available on Funimation.

Let’s look into the recap of the previous episode of the anime.

In the previous episode of the anime, Nana plans different ways to outsmart Kyo as she knows that he can be an obstacle in her killing plans. At the same time, Michuri laughs as she finds a love letter inside her locker. She reads the letter later in front of the whole class.

The letter says – “Michiru, I love you since we’re not in the same class for a whole year. I was looking forward to watching you walk by the garden every morning. I must finally tell you how I feel today. Are you free after school? I will be waiting for you after school by the garden”?

While Michiru notices the bruise on Nana’s leg, she licks her leg as she feels Nana might be hurt. Nana screams upon noticing her as she continues to lick Nana’s leg. The bruise gets healed after Michiru finishes licking. Nana, thanks, Michiru.

Later, Nana creates a fake scenario to mislead Kyo and stop doubting her about the missing students. She tells the class that the enemy of humanity attacked her. Kori suggests they need to choose a new leader. Mogou gets furious with Kori’s idea. Nana suggests everyone should team up and work together to defeat the enemy of humanity. Even though she convinces everyone, but Kyo still is suspicious.

Later another student shows up and tells everyone that he is a photographer. He abruptly asks Nana why she tried to kill him. To which Nana says he might have mistook someone else to be her. But then the guys reveal a photograph of Nana killing Nanao and Shibusawa.

What will happen to Nana in the next episode? Stay tuned with us to know more.