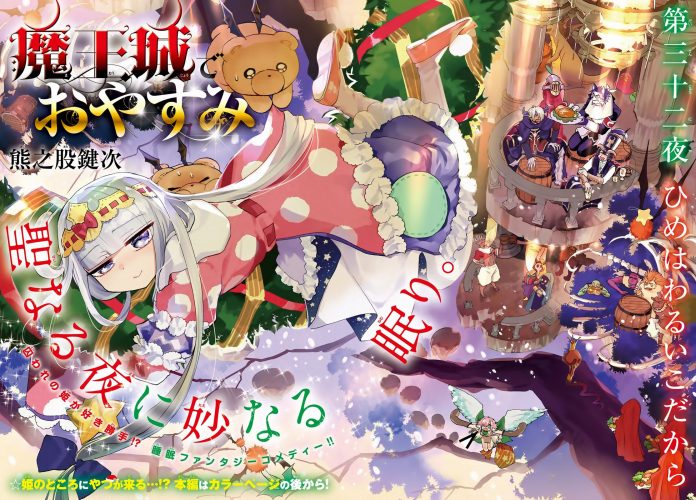 The anticipation is getting more and more as the next episode of the anime Sleepy Princess in the Demon Castle about to release. The excitement is beyond limits. For those who aren’t aware of it, Sleepy Princess in the Demon Castle or Maoujou de Oyasumi is a Japanese anime series. It is an adaptation of an original Japanese manga that goes by the same name.

The anime started premiering on 6th October 2020. And as of 4, episodes are already out, and it’s time for the 5th one. At present, the manga is taking an interesting twist. So let’s find out what the upcoming episode holds in for us.

The anime has a fixed weekly schedule for the release of new episodes every week. New episodes are released every Sunday. This week also, like always, the 5th episode is all set to release on Sunday.

Sleepy Princess In The Demon Castle, episode 5 is all set to make its release on November 3, 2020, at 2:00 AM JST. The anime is available officially on Funimation to watch online. At the same time, the manga is available on VIZ media.

In the last episode of the anime, the princess goes on a quest. In the quest, she has to sleep while bathing. The quest seems difficult for her, as in the castle, she could never sleep in the bathtub, the continuous chitchatting and servicing of her maids.

However, the princess determines that she will sleep by any means. But there is another problem with the bathtub as there aren’t any big enough bathtubs that can properly fir the princess. Even if she manages to crouch and adjusts herself to fit in, she won’t sleep properly.

The princess’s quest finally gets complete after she gets a huge bathtub. She sleeps while bathing and even fulfills her dream in it. But upon waking up, Siberian scolds her for her behavior and tampering with the Rocket Turtle. He asks to put it back properly in its place else she won’t get any snacks.

What will happen next? Will the princess get snacks? To find out, we have wait till the release of the next episode.

The Poe Clan Manga by Moto Hagio to resume in June

The Rising Of The Shield Hero Season 3 to release soon...