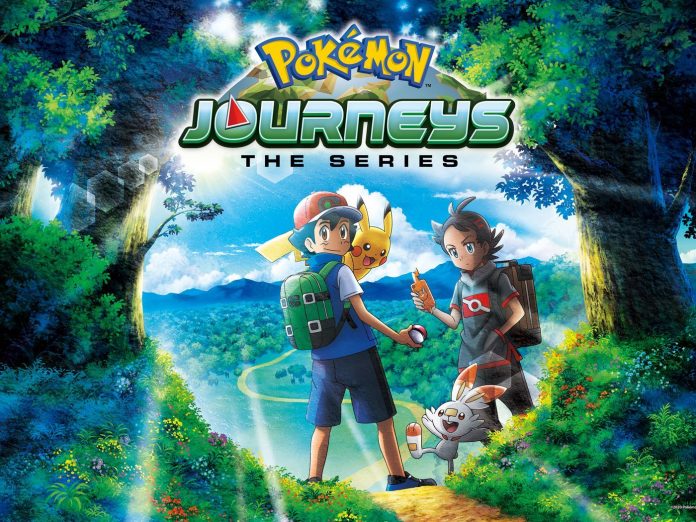 Pokemon the name itself is enough to bring back memories from childhood. I don’t there will be anybody who isn’t aware of Pokemon. It is one of the highest-rated and most popular series all over the world. From Japan to the United States, to Australia to every other place on the earth, the anime is the highest-grossing anime of all times. The anime has more than 1,000 episodes and airs in around 169 countries.

Talking of the current ongoing anime Pokemon 2019, it time for the release of episode 43. And with release nearing here is all the updates and details of the upcoming episode of the anime Pokemon!

Usually, the anime follows a weekly schedule of releasing new episodes every Sunday. But this time it seems the creators want to surprise the viewers with a pre-Halloween goodie it seems.

The anime is officially available on Netflix to stream online.

With all that said, let’s take a quick recap of what happened in the previous episode.

Later at the Hangar Galar Region, Macro Cosmos hears an emergency red light alarming. He asks his employees what is going on. They say the core has started to overload as it is absorbing the Galar particle.

The security hanger also fails as it cannot confine the high energy. The core’s energy exceeds its limit and gets excessively charged. This leads to an explosion. Due to the explosion, the energy released gets scattered to different parts of the Earth.

Goh and Ash gets to know that the band they found is used to Daimax or gigantify Pokemons. While they both were on the train, and it stops due to fog ahead. The duo spots Horubee outside and decides to catch it.

As soon as they get down of the train, Horubee runs away into Slumbering Weald. Ash and Goh follows it and crosses path with a new Pokémon species. This new species attacks both of them. They both realize that this new pokemon is responsible for unknowingly releasing for. Due to the fog, they both lose their consciousness. After some time, Goh wakes up to find Ash missing.

What will happen to the Diamax Mystery? What happened to Ash? Find out in the next episode.

The First 4 Movies Are Now Available On Netflix

Haikyu! To the Top Part 2: [RELEASED] makers planning for another...