The saying that ‘Old is gold’ applies here perfectly. The One Piece franchise is back again by re-releasing the famous anime film titled ‘One Piece Film Strong World.’ The re-releasing is a special theatrical screening or showcase held to celebrate the soon-to-be-released 1000th episode of the anime. As a result, the buzz around it is pretty loud. The showcase is supposed to take place in November. Two dates are being assigned on which the screening will take place. On the 7th of November 2021, the screening with English dub will happen, and on the 9th of November 2021, screening with English subs will happen. It will be screened in selected theatres in the United States.

The dates of release being quite close have created a buzz around the fans. Also, the fans have another reason to be excited about this release. The screening will also showcase the 2011 One Piece 3D: Mugiwara Chase film, which premiered back in 2011 in the USA. Many were wondering as to why the screening was taking place. According to the reports, Toei Animation and Fathom Events decided to commemorate the anime for reaching its 1000th episode. Also, the 1000th episode of One Piece is said to be released on the 14th of November 2021. As a result, we are getting this special treat.

A Bit Of A Back Story On The Film

The special trivia of this particular film is that it was written by Eiichiro Oda himself. He had come up with this to celebrate the tenth anniversary of the One Piece manga series. Also, there are other reasons to enjoy this movie. Apparently, this film plays a huge part in being a contributor to the canonical story. For example, the story of this film has a hand in introducing the character called Golden Lion Shiki. He makes an appearance in chapter 530 of the manga. Through these scenes, one can easily build a future introduction for such characters in the main plot. Also, One Piece Film Strong World was released back in the year 2009 in Japan. Furthermore, it was released on Blu-ray Disc and DVD in 2013. So this will be a major throwback for the fans who have been here since the start.

Just as we are looking forward to watching it, we hope you are also equally fired up! Let’s rewatch this and relive the enjoyment once again. In addition to this, if one is still confused about what order one should watch One Piece, worry not. We’ve got you covered! 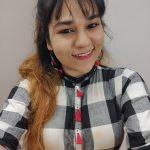 Oishi here, is currently pursuing her master's degree in Mass Communication from Xavier's University. Since childhood she has been an avid anime watcher and equally enjoys reading mangas too. Being a part of TheDeadToons team gives her a space to ramble on about anime as well as take others along for a ride.