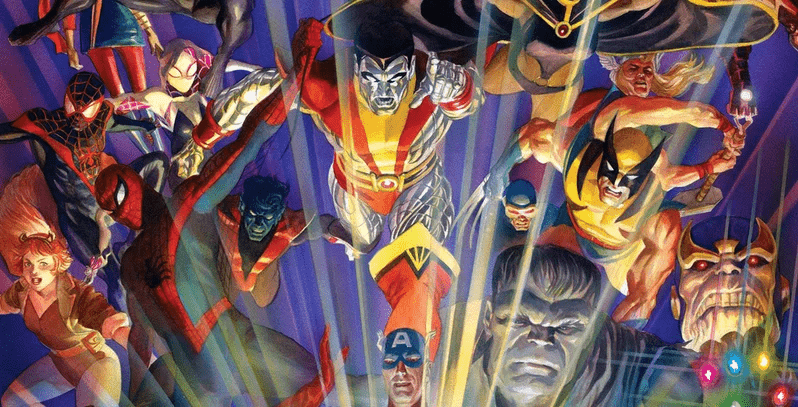 The book is a spine consisting of a throughline of the works by Al Ewing. Every year’s outline is given on each page of the book starting from 1939 — the comic consists of eight decades of Marvel Characters and Marvel universe history. Al Ewing is the writer of Marvel Comics#1000. C.B. Cebulski is the chief editor whereas Tom Breevort is the executive editor. The talented artists of the comic are  Alex Ross, Ron Lim and Erik Larsen. The panels of the book are highlighted including characters like Ross’ Hulk, Lim’s Thanos, Avengers, Larsen’s Thing, the symbiote Venom and Spider-Man, etc.

The executive editor of comic Tom Breevort said, “Marvel Comics a thousand is a huge, square-bound, enormous comic book. Its the celebration of 80 years of Marvel publishing. Each page in comic corresponds in a way, shape/form to something that was going at the time of publishing in the following year.”

The trailer is featuring editor C.B. Cebulski, executive Editor Tom Breevort and writer Al Ewing. The trailer of the launch of Marvel comic #1000:

A ‘Duel’ Remake Is Reportedly On Thr Cards! Tom Cruise Being...