Manga adaption of  NisiOisin’s Bakemonogatari by Oh! Great paused due to some reasons one of them was Oh! Great’s illness. It revealed on August 21 that the manga would launch its 40th issue of Kodansha’s Weekly Shōnen Magazine on September 4, 2019. Kodansha will publish the same on December 22. Oogure,  aka Oh! Great is well known for Tenjho Tenge and Air Gear.

Oh! Great posted in which he posted a photo with text saying “Sorry for keeping you waiting so long”.

The manga went on a break due to author Oh! Great’s sudden illness on July 31. The manga entered its climax on July 17.

Vertical is releasing the movie based on manga in October, and original novel translated in English.

The Japanese anime adaption of Bakemonogatari is directed by Akiyuki Shinbo and Tatsuya Oishi, written by Fuyashi Tō. The series started airing on July 3, 2009, in Japan. 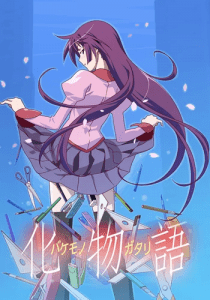 Will The Batman star Christian Bale To Be Appear in Thor:...