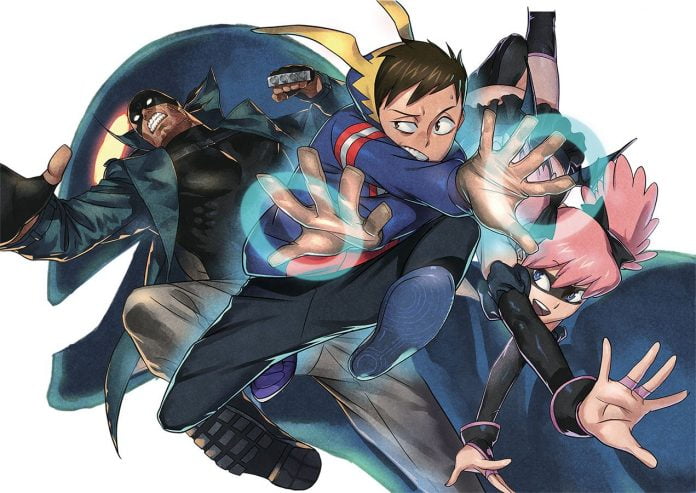 My Hero Academia is currently one of the biggest ongoing franchises in the anime and manga world. More than 280+ chapters are serialized till now. In 2017, the franchise came with a spin-off series, “My Hero Academia: Vigilantes.” This new spin-off manga series comes biweekly on the Shōnen Jump+ website and app.

Although many people aren’t well aware of this spin-off series, however, because of its intriguing storyline and characterization, the manga series My Hero Academia: Vigilantes is going well. If you haven’t yet started with this manga series, I suggest to do it immediately. Because once you are into, you can’t stop yourself from liking it.

For the regular followers, we are here with the updates of the next upcoming chapter of the manga series—this article all about the latest updates of My Hero Academia: Vigilantes Chapter 88. Please find out more about its release date, raw scans, and review and recap the previous chapter.

Previously in the manga, we saw the Rappers attacking Iwao. Iwao tries to analyze the Rapper’s using the Overclock. Despite having a knife, the opponent continues to attack him. 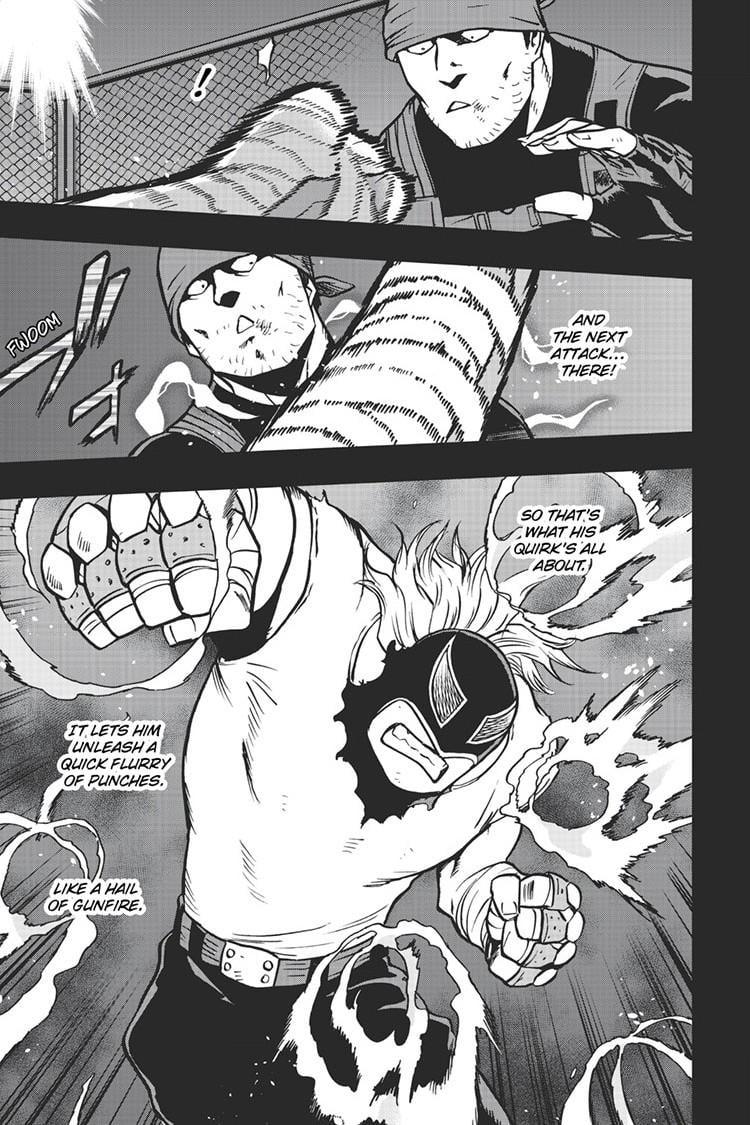 Meanwhile, the Rapper continues to attack, Iwao uses his Quirks to avoid it. Iwao acts like getting knocked to take a break. Later he decides to fight like a street brawler.

Back to battle of the manga in the Underground Masquerade: Iwao tries his best to defend himself. Even the Overclock Quirk fails. Finally, Iwao understands that Rapper and his Quirk are only ideal for underground ring fights. So he decides to leave the ring and purposely loses the fight. Medical staff member praises him despite the loss. And to help him win the next fight, he injects a substance as an honor. The manga’s backdrop, a trio of girls from Hero School, gets lost on Osaka’s streets. During one of the girls is caught by the scent of battle happening nearby. Despite her friends stopping her, she rushes in the direction of the battle place.

Finally, the last chapter of the manga ends with Rumi Usagiyama arriving at the battle place. She is one of the trio girls. She seems eager to take part in these illegal underground fights.

My Hero Academia Vigilantes Chapter 88 will release on Friday, 23 October 2020. The title of the chapter is “All For One. “

The manga is available to read online on VIZ Media.