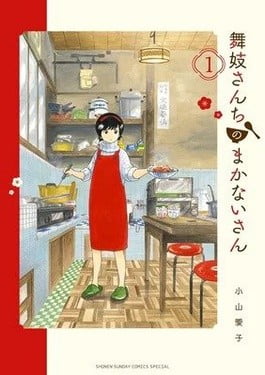 Maiko-san Chi no Makanai-san (Makanai in the Maiko Lodge) is quite a popular manga. Also, Aiko Koyama has created it. The popular television broadcaster, NHK made an announcement on Tuesday. It is about Anime which is based on this Manga. NHK will provide more information about the anime in a few days. In addition to this, a promotional video has come out for the anime. As a result, the audience is waiting for the arrival of the anime.

The plot of the manga is based on the geisha quarter of Kyoto’s “hanamachi.” Geisha work till late at night. After finishing their work, they prepare the lodge for the following day. The protagonist of the manga is Kiyo. She is an Aomori native. Kiyo is a cook in geisha lodge. Adding to that, she joined thereafter she left her home after finishing junior school. She has a close friend named Sumire. Sumire is a maiko. It means apprentice geisha.

In December 2016, this Manga came out in Shogakukan‘s Weekly Shonen Sunday magazine. Koyama launched it. Furthermore, This manga has released its 13th compiled book volume on 12th March 2020.

in the 65th Shogakukan Manga Awards, Maiko-san Chi no Makanai-san manga has won the award of Best Shōnen Manga award.