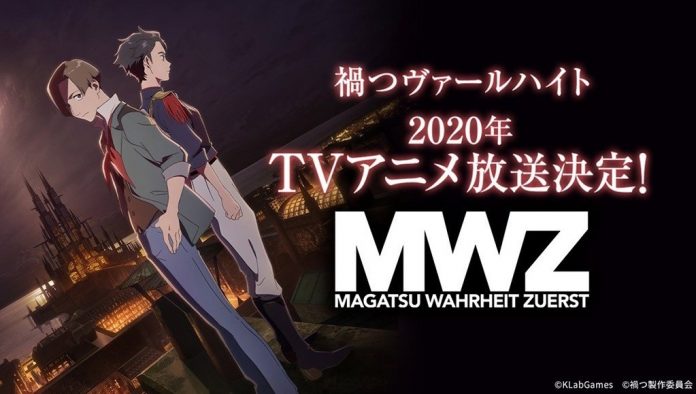 There are very few games that get their own original anime adaptations. Most of the time, popular anime series are used to create games—for example, Dragon Ball Z, Naruto, Doraemon etc. But the anime Magastu Wahrheit different.

Originally Magatsu Wahrheit was an online multiplayer role-playing game developed for smartphones. The game became so famous that the creators soon made an anime adaptation of the same.

With all that said, let’s head out to know more about the upcoming episode of the anime Magatsu Wahrheit.

The first episode of the anime premiered on 13th October, 2020. And it’s already time for the release of the 4th one. The director and writer of the anime is Kumiko Habara. Simultaneously, Akiko Sugizono is the person behind the character designs, and Masaru Yokoyama as the music composer.

The anime is officially available on Funimation.

What is the story of the anime all about?

The anime’s story is about two young people, Innumael and Leocadio, living in the Wahrheit Empire. Innumael is a shy person working as a transporter. At the same time, Leocadio is a naive new soldier of the Empire. They both plan to migrate to Capital City.

Once upon a time, a huge disaster – “LIGHT” took place in the Empire, summing a monster into the world. This lead to the elimination of countless human beings. It seems like the disaster is going to repeat itself. Meanwhile, Inumael and Leocadio’s life gets into a turmoil because of weapon smuggling accident.

What will happen to the Empire and the duo is what the anime is all about.

In the anime’s previous episode, the commander asks Leo to come to the capital and Innumael’s sister.

While we see Innumael staying low as now, he has become one of the most wanted. Innumael, along with other smugglers, secretly moves to someplace. But their car breaks down in the middle of the road. To seek help, they visit to the nearest village. Innumael, Ben, and Shake encounters an older man in the village asking for help. The older man asks them hep to find out his missing granddaughter.

Further, in the anime, we see Innumael and others going to the forest to help the older man. Upon visiting the forest, they get to know about the monster who took the girl. Although they manage to save Yashime from the monster, but the monster attacks Innumael in revenge.

Innumael, while fighting the monster, realizes that the monster is sensitive to noise. So he uses steel objects to make a sharp noise, which makes the monster weak. Then he uses this opportunity to kill the monster.

In the upcoming episode of the anime Magatsu Wahrheit, we will know why the commander asked Leo to bring Innumael’s sister.

Rent A Girlfriend Episode 9: What Is There Between Chizuru And...

Josh Hartnett Describes The Casting Rumors Of Spider-Man, Superman And The...