New monthly chapters of Suu Morishita‘s manga available for US$1.99 per chapter 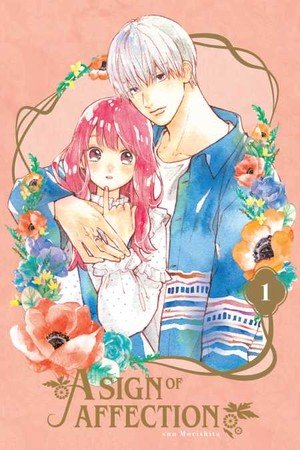 Kodansha Comics announced on Tuesday that it is offering Suu Morishita‘s A Sign of Affection (Yubisaki to Renren) manga as a simulpub, with US$1.99 for each monthly chapter on the same day as Japan. The simulpub is available on Amazon Kindle, Comixology, BookWalker and Crunchyroll starting Tuesday. The print edition will start shipping next spring, and Kodansha Comics posted an interview with Morishita.

Kodansha Comics is already offering the manga digitally by volume. It describes the manga’s story:

Yuki is a typical college student, whose world revolves around her friends, social media, and the latest sales. But when a chance encounter on a train leads to her meeting friend-of-a-friend and fellow student Itsuomi-san, her world starts to widen. But even though Itsuomi-kun can speak three languages, sign language isn’t one of them. Can the two learn to communicate the budding feelings between them?

Morishita launched the Shortcake Cake manga in Shueisha‘s Margaret magazine in November 2015, and ended the series in March 2019. Morishita published three spinoff chapters in April and May 2019. Shueisha published the manga’s 12th and final volume in July 2019. Viz Media is releasing the manga in English and it published the eighth volume on May 5.

Here’s The Actual Reason Behind The Decision Of Daniel Craig To...

Here Are The Top 5 Henry Cavill Movies You Should Watch,...

After 2! Everything You Should Know About The Upcoming Sequel

Black Clover Episode 136: What Is Known So Far?