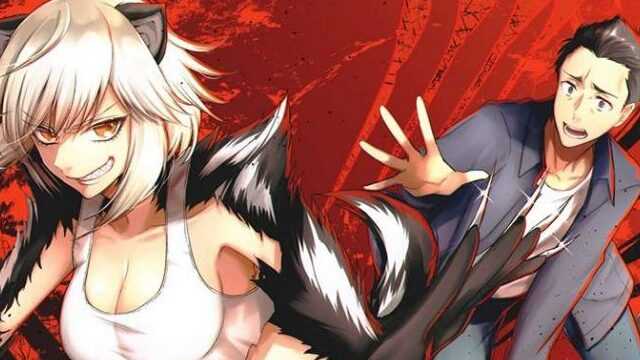 Kazasa Sumita is also famous for her previous work for the manga series Witchblade Takeru under the production of Top Cow Productions, Inc. along with Bandai Entertainment.

So let’s head straight into the article without wasting time, and let’s get to the details of what this new manga will be about.

As per the twitter of Kazasa Sumita, a manga artist on last Friday. An all-new Manga series is waiting to make its release. This new manga series is a spin-off to the manga Killing Bites. This spin-off manga will release on Hero’s Inc.’s “Wild Hero’s” website on August 21.

The title of this new spin-off manga is Hoshigarisugi Desho!? Inaba-san or Desire Overload, Right Inaba!?

Wadou Heroes will start serializing the Killing Bites spin-off. “Is it too much?! Inaba-san” from August 21, 2020, and onwards.

Back Story of Killing Bites:

Killing Bites refers to the underworld clashes happening between human-animal hybrids. A beast who doesn’t fear anything fights in this animalistic world. A world full of fear and insanity. The story is about the ultimate battle of the beasts, something that will give you goosebumps.

The story of the manga follows Hitomi. One day Hitomi gets attacked by a group of some college students. In self-defense and having no other option, Hitomi kills every one of them except Yuya. Yūya witnesses her transformation into a beast, a lion monster. This leads Yuya to fall into a state of shock.

Hitomi belongs to “Brutes.” Brutes are people who are a combination of both humans and beasts.

In January 2018, a 12-episode anime series premiered on Television. This was the adaptation of the manga Killing Bites. The anime is available on Amazon Prime Video as well.

RuPaul’s Drag Race Season 13 Cast Announced! We Have The First...

Sandman And Foundation Hope To Resume Production In October