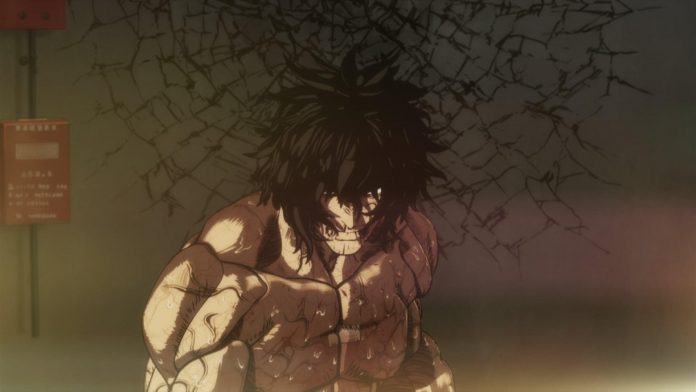 It becomes really anticipating when an episode of anime or chapter of a manga leaves us at a cliffhanger. The same happened with the previous chapter of the manga Kengan Omega. The 82nd chapter of the manga ended at the peak time of the battle. But don’t worry. We here to lessen your anticipation and calm your eagerness down. As we all know, Chapter 83 of tha manga Kengan Omega is around the corner to make its release.

This article will share detailed updates from the upcoming chapter of the manga Kengan Omega. Here’s everything you need to know from the release date to raw scans and spoilers. Also, don’t forget to read the recap of the previous chapter.

Kengan Omega manga has this one little drawback that it delays the release of new chapters usually. But this time, it seems there is going to be no delay.

The upcoming chapter of the manga is all set to release on 29 October 2020 Thursday. The new chapter will probably come out at midnight as per JST, so don’t forget to convert the time as per your local standard time.

Where to read the manga?

The upcoming chapter and all the previous ones of the manga Kengan Omega are available on MangaOne. Manga One is the official publisher of the manga.

There are other unofficially and illegitimate sources to read the manga, but we strongly suggest using official platforms. Doing so will lend support from our side to the creators of the manga.

The manga story is about the events that were subsequently happening after the Kengan Annihilation Tournament on Ganryu Island. The story follows the lives of aspiring fighters Narushima Koga and the very mysterious Gaoh Ryuki and their entangled lives in the underground world of the Kengan matches. As the name suggests, Kengan Omega; the story is all about fighters and their lives revolving around Kengan Tournaments.

Previously in the manga, we saw the beginning of Spherical 5. This will lead to some absolute tough struggles in the next upcoming chapter. We also the ability gap between Gaoh and also Naidan. Although Gaoh is very fast and robust, but he still somehow gets overpowered and knocked by Naidan. Someone from the shadows notices that Naidan is a worm, and he tells this to everyone. Till now, Naidan also wasn’t aware of this. The battle between Naidan and Gaoh still goes on!

In the upcoming chapter of the manga, we can expect more revelations about Naidan. And also, the outcome of the fight will be declared.

As of now, we don’t have any raw scans and other updates. But we will update as soon as we get any. Till then, stay tuned.

Rent A Girlfriend Episode 10: Kazuya And Ruka On A Date!