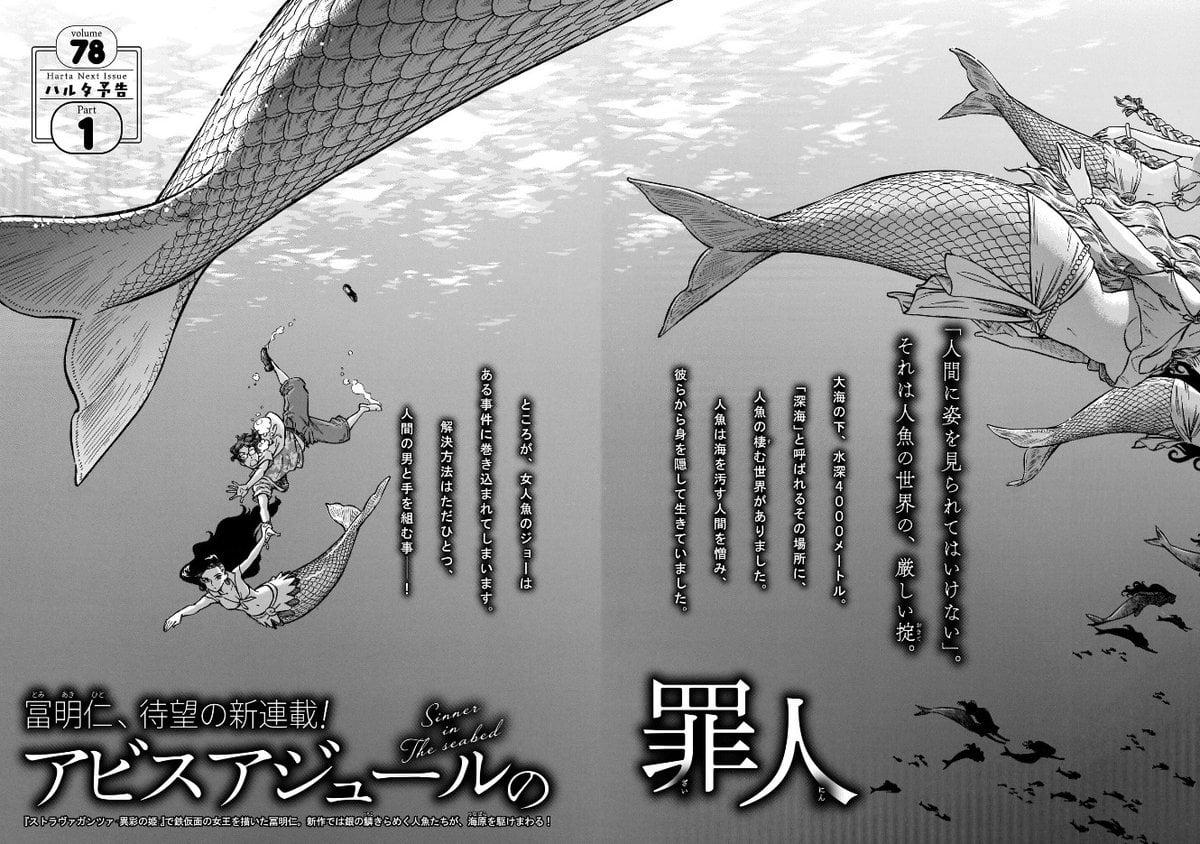 Hello everyone! I hope everyone who is reading this is doing well. So I am here again with an all-new article. This article contains a piece of good news for all the manga readers out there. This article is exclusively about a new manga release. Wow isn’t it exciting? Before we head straight into the article. I want to share some background information with you. We all know how popular the Kadokawa’s Harta Magazine is. To date the magazine has serialized over 60 plus mangas.

I asolutely love "Harta" magazine published by Kadokawa. So many unique & creative series were published in it, I seriously consider it a miracle how high quality the output is constantly (in my eyes). I think not once was it the case that I didn't like a Harta (or Fellow) series pic.twitter.com/46QLrKFSpk

Announcement made by Kadokawa’s Harta Magazine:

Recently on Wednesday this week, the 77th issue of Kadokawa‘s Harta magazine made an announcement. The announcement was about the release of a brand new manga series. Akihito Tomi will release this new manga series. The title of the manga series is “Abyss Azure no Zainin” alias Sinner in the seabed or “The Sinner of the Azure Abyss.” The release will take place in October in the magazine’s next issue.

Tomi is famous for the launch of the manga the Stravaganza – The Queen in the Iron Mask or Japanese Stravaganza: Isai no Hime Gaiden. The manga is serialized in Enterbrain‘s Fellows! ( now known as Harta) magazine back in the year 2012. The manga series came to an end three years back in June 2017. After the finish of this manga series, Tomi also released a spin-off in the same year in October.

After which Kadokawa released a book with the seventh volume compiled in August 2018.

Udon Entertainment licensed Stravaganza – The Queen in the Iron Mask and released the third volume on February 25.

What is the story?

The magazine also said in the announcement that the manga is merfolk.  Merfolk means stories about legendaries from the sea. Like people having a human body and fishtails, accurately mermaid and merman.

The story of the manga is about a world of 4000 meters under the sea. People living there are forbidden ones. They cannot travel to the surface and have contact with humans.

The main protagonist of the manga is a mermaid Jo. One day due to some unfortunate events, she gets caught up in an accident. The accident led her to live her life with humans.

What will happen to Jo? How will she survive is what the story is about.

A Hulk Solo Movie Might Be On The Cards! With Or...

Clay Mann Teases a Year One Return for Batman/ Catwoman

Misfit Of Demon King Academy Episode 9: The Mystery Of The...