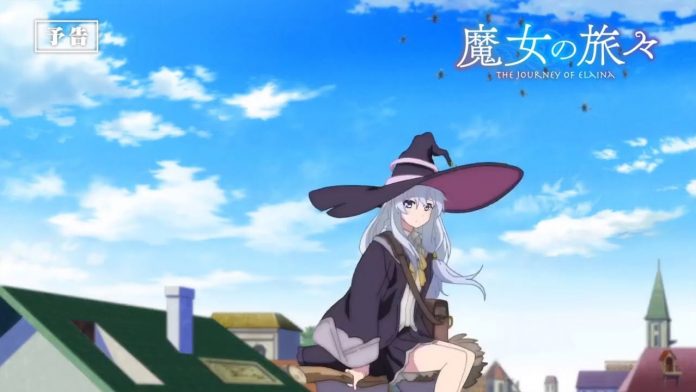 Previously in the anime Wandering Witch: The Journey of Elaina – we see a lady asks Elaina help and gives her a bouquet. The lady further asks Elaina to give the bouquet to anyone she feels thinks that flowers are pretty and beautiful. Elaina agrees to advertise the flower field and make people know about it. The lady thanks, Elaina. Later, Elaina enters another country with flowers in her hand. However, the guards stop her saying flowers are forbidden in the country.

With no other choice left, Elaina burns the flowers. But still manages to fulfill her wish. As the brother of the lady gets to know her location. Both brother and sister reunite at the flower field. Let’s find out what will happen next in the upcoming episodes. Episode 5 of the anime Wandering Witch: The Journey of Elaina is around the corner to make its release.

In this article, we will be sharing everything you need to know about this upcoming episode.

The regular viewers of the anime are already aware that the anime follows a weekly schedule for the release of new episodes. And just like always, the upcoming 5th episode of the name Journey of Elaina will release on Friday, 30 October 2020, at 9:00 PM JST.

Where to watch the anime and the upcoming episode?

The anime Wandering Witch: The Journey of Elaina is officially available on Funimation.

In episode 4, Elaina travels to the ruins of an abandoned kingdom. She meets Mirarose, an amnesiac princess out there. Mirarose tells her that the Javalier, a monster, attacks the kingdom every night. Later, we see the princess discovers that Elaina is a witch. While Elaina andMirarose plans to fight down the monster Javalier.

Both the duo goes to fight the monster and save the kingdom. During the battle, Elaina stakes out in case Mirarose needs help. Mirarose clashes with Javalier overpowers him. Mirarose trounces Javalier with the help of Elaina as she encourages her and giver her confidence.

Later, Elaina confronts Mirarose regarding the long lost story about the forbidden love between a princess and a cook. To which Mirarose replies that she is the same princess. Mirarose recalls that she turned the cook into a monster to avenge the death of her beloved father. Due to her weird actions and decisions, she has become “The Princess Without Subjects.”

Boss Teased Season 10 Isn’t Over Yet, Finale Release Date Out!