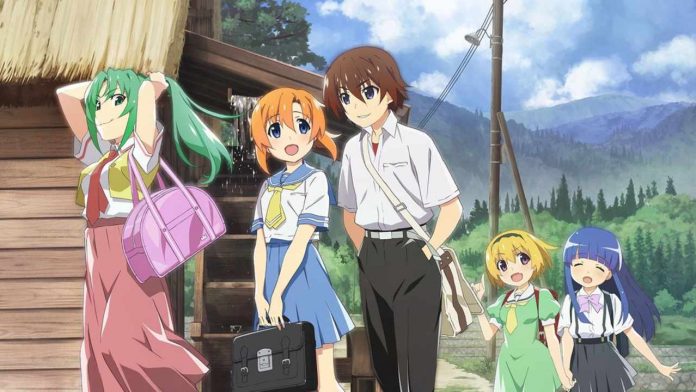 Within a month, the anime series Higurashi: When They Cry has gained enough popularity, it seems. And in a blink of an eye, it’s already time to release the 5th episode of the anime.

With all that said, let’s head into the details of the upcoming 5th episode the anime Higurashi. We will be sharing the details about the release date, upcoming episode’s spoiler, where to watch the anime, and more.

Initially, the anime Higurashi was about to release in July. But due to the outbreak Covid-19, it got delayed. Finally, after a break of three months, the anime made its debut on of 1st October 2020.

[Don’ forget to convert the time as per your local standard time.]

The anime is available on Funimation as an official platform to watch it online. Hence, the upcoming episodes, as well as the previous, are available on the same.

In the previous episode of the anime, Keiichi gets to know about the Oyashiro curse. The curse started during the construction of the Hinamizaw dam, 4 years back, as the project’s construction manager got murdered. Six workers from the construction unit murdered him. Although 5 out of 6 of the culprits are caught, but the main accuse is missing. Somehow it seems that this murder mystery is related to the people going missing after every Hinamizwa festival.

Later the police officer who tells Keiichi about all these asks his help in the investigation. Keiichi feels that Rena definitely knows something about the Oyashiro curse and all these murders. But Rika instantly denies his Keiichi’s suspicions and tells him not to overthink.

Is Keiichi’s Suspicion About Rena Right?

Later in the anime, as Keiichi’s parents are out, Rena brings him dinner for the night. Keiichi feels that he was overthinking. However, things change in the blink of an eye for Keiichi.

Keiichi was RIGHT about Rena!

After bringing dinner, Rena attacks Keiichi with her knife. She stabs him in his chest. He tries to defend himself and attack her with a golf club. Despite his attempts to protect himself, he is overpowered by Ren because of the curse.

Both Keiichi and Rena suffer some fatal injuries and lots of blood loss. An unconscious Keiichi wakes and sees his parents and policeman upon waking up. He gets to know that his friends Reka and Satoka are dead. Rena killed both of them using the same knife she used to attack Keiichi.

The Rise Of Skywalker! Reasons Why The Film Failed Miserably

Chewbacca Star Actually Got Emotional While Shooting Leia Scenes For The...