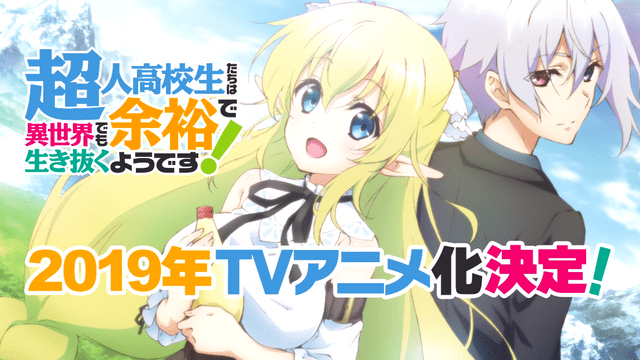 High School Prodigies Have It Easy Even In Another World is a Japanese light novel written by Riku Misora and illustrated by Sacramento. Riku Misora did its manga adaption, Kōtarō Yamada gives art. The latest anime TV series adaption under Project No. 9 will premiere on October 3, 2019. The characters in the film Tsukasa Mikogami(voiced by Yūsuke Kobayashi), Lyrule(voiced by Yūki Kuwahara), Ringo Ōhoshi(voiced by Rina Hidaka), Shinobu Sarutobi(voiced by Natsumi Hioka), Keine Kanzaki(voiced by  Hisako Kanemoto), Aoi Ichijō(voiced by Sayaka Kaneko), Prince Akatsuki(voiced by Shizuka Ishigami), Masato Sanada(voiced by Junji Majima). 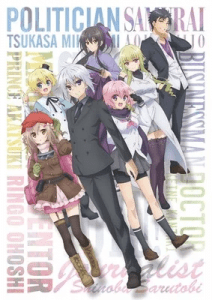 The new cast of the series includes Winona(voiced by Mai Nakahara): 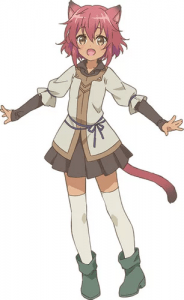 “High School Prodigies Have It Easy Even in Another World!” – New Key Visual!!
The anime is slated to premiere on Fall 2019. pic.twitter.com/LadMMuAXMv

Another tweet about High school prodigies have it easy even in another world:

“Choujin Koukousei-tachi wa Isekai demo Yoyuu de Ikinuku you desu!” (High School Prodigies Have It Easy Even in Another World!) TV anime has been announced!!

Project No.9 is animating the series.
The anime is slated to premiere on 2019. pic.twitter.com/oa8oZ9HaLE

Haikyuu!! Season 4 Part 2: When Will It release?