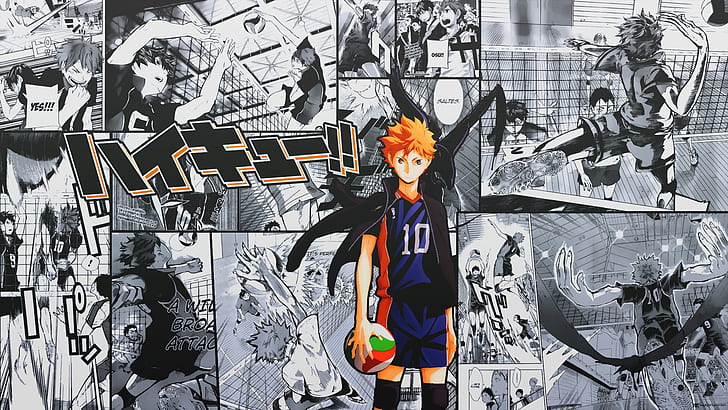 Its almost time for the release of Haikyuu Chapter 399’s release. And all I think about all day is who are a better Black Jackals? Who will win? Will Hinata be able to beat Adlers’? Any guesses of what will happen in Set 4? If not then don’t worry. I am here with a new article again. In this post, I will be talking about all the latest updates concerning the next upcoming release of the manga Haikyuu. If you are a regular follower of the manga then you that the next chapter to release is chapter 399. Currently, all the manga’s from the Shonen Jump series are going through changes in their schedule for the release of the new chapter. So you all might be curious whether there will be any change in the release for the upcoming chapter of Haikyuu as well.

To answers, all your queries am here with all the latest updates and details of the upcoming chapter of the manga Haikyuu. So without wasting time lets move ahead.

The upcoming CHapter 399th of the manga Haikyuu will release on Friday, 26 June 2020. Yeah! isn’t it a piece of good news to know. Less than 24 hours are left for the release of the new chapter.  Usually, the release of new chapters of the manga takes place every weekend. But somethings cooking and the Shonen Jump Manga series is going through a change in its schedule of releases.

In the last chapter of the manga Haikyuu Thomas and Sakussa missing the shot. Hinata uses all his skills to send shots. But Adlers’ side defenders manage to defend it. Hinata is surprised by the defense of Adlers. After improving the positioning, skills, stance, and controlling techniques of the ball now they’re at a better standard. But even after all this Hinata is lacking focus on the ball and thinks of his digs.

The bench advises Hinata to change his tactics sp that he can smash the defense of Adlers in a better way. Now both teams are on the verge of exhaustion and are tired. Both teams are trying to find the weakness of each other but are facing difficulties in scoring points. Hinata thinks of a strategy of starting from the bottom in order to cover the gaps between the scores. And thus leading a way towards victory.

The upcoming chapter of the manga Haikyuu will be all about the match and Hinata’s performance against Adlers’ strong defense. Will they be able to win the match? To find out I guess we have to wait till the release.

Where To Read Haikyuu Chapter 399 Online?

The latest Haikyuu Chapters are available to them read online on VIZ Media and MangaPlus platforms immediately after their official release. Although raw scans and leaks are available all over the internet before 2-3 days of the release. But I strongly suggest you don’t follow these.

Higurashi: When They Cry Episode 6: The Mion Twins