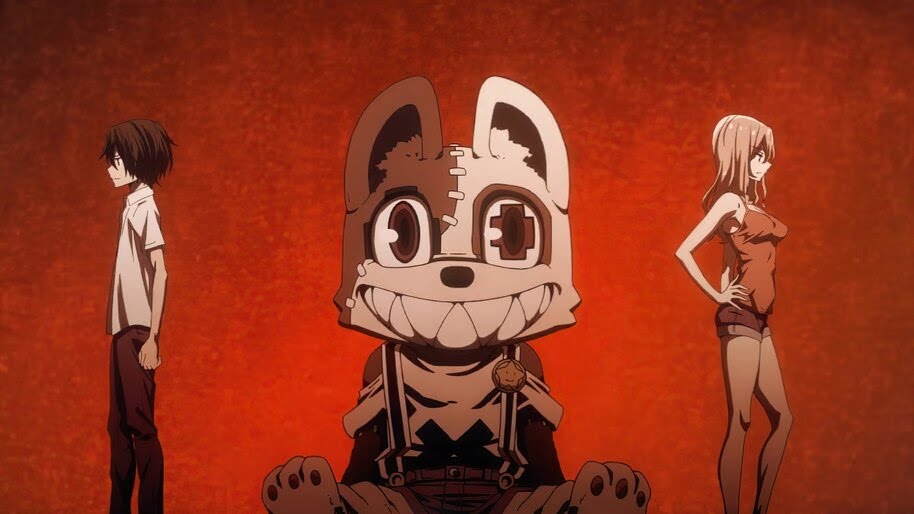 Nearing to the weekend means double the excitement and anticipation about what will happen in our favorite animes’. And the anticipation triple or maybe goes beyond the limits when we know that the upcoming release will the finale for the season. A similar thing is going to happen to this anime with a bizarre storyline and dark characters. Yes, I am talking about the finale episode of the anime Gleipnir. The viewers and the regular followers of the anime can relate to me, the kind of feeling I am having right now.

Y’all should go check out Gleipnir if you haven’t yet, one of the best anime’s this season 💯 pic.twitter.com/Gk8DT10Ay4

It is indeed saddening that the anime is coming to an end. But also at the same time, it is exciting to know that the creators will now plan for the renewal of the anime with a brand new season. The popularity of the anime calls for a season 2.

Before we move on to the details of the upcoming finale episode of Gleipnir, let’s take a quick recap to the previous episode.

In the last episode of the anime, it’s revealed that the unknown powerful guy’s name is Kaito. Kaito wished to be friends with everyone and to be with everyone. But to his dismay, he discovers that his friends Honoka and Aiko are prone to a deal with an alien who will transform them into monsters. Honoka turns into Aiko using a wish coin to become someone. The decision to turn into someone was made by Honoka when her father got arrested, and no one from her relatives took her and left her all alone in misery.

Unaware of the fact the Honoka is hosting in Aiko’s body after Kaito kills her. But later only he discovers that Aiko is already dead, as she killed herself. The person he killed right now is not Aiko, but Honoka was residing in her body. Nobody notices the disappearance of Honoka but mourns to Akito’s death. Kagaya, Elana, and Naoto decide to keep an eye on Kaito after his sudden demise. They think that Kaito might be plotting something behind their back. Kaito goes to the wish maker with the coin and decides to make everyone disappear.

Friends keeping secrets from another since the past is what is happening in the present day.  Clair visits Yamada Cram to learn about the truth related to Kagaya’s history. The upcoming episode will be about the secrets Clair learns about Kagaya. And what will happen to Kaito’s wish? Yoshioka has something very important to talk about to Elena. What is it about?

Preview of The Finale Episode:

Let’s see what the finale episode has in store for us. Hoping that the ending of season 1 of the anime Gleipnir doesn’t leave us at a cliffhanger. The anime is available on Netflix.

“Weathering With You” (Tenki no ko) to be released in India