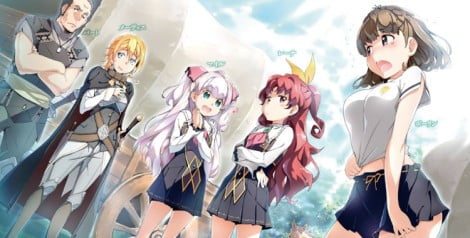 ‘Didn’t I Say to Make My Abilities Average in the Next Life?!'(Watashi, Nōryoku wa Heikinchi de tte Itta yo ne!) is a light novel written by FUNA. A light novel is the style of Japanese novella targeting middle and high school students. Light novel has shorter paragraphs, less complicated words, and is shorter than the general novel.

This novel moves around a girl named Adele von Ascham when she turns ten gets her memories from a past life as an eighteen years old  Kurihara Misato.

FUNA has begun serializing the web novel on a user-generated novel publishing website named Shōsetsuka ni Narō on January 14, 2016. As there are a total of 289 chapters in a novel so its last part was published on May 11, 2018. Shōsetsuka ni Narō is a user-generated novel publishing website by Yusuke Umezaki. Around hundred novel series published by various writers, Watashi, Nōryoku wa Heikinchi de tte Itta yo ne! is one of them.

There is a Manga adaption of this novel by Neko Mint which serialized online on Earth Star Entertainment’s Comic Earth Star website in 2016.

The anime adaption of this series is directed by Japanese anime director Masahiko Ohta, animated by Project No.9, and script by Takashi Aoshima. The anime is reported to get premiered on October 2019, starring Azumi Waki as Misato Kurihara, Sora Tokui as Reina, Fumiko Uchimura as Mavis, Masumi Tazawa as Pauline, Wataru Hatano as Nano, Hiyori Kono as Renny. The anime adaption was twitted officially on February 26, 2018

Killing Stalking: What Happened At The End?