There is a mixed feeling when we know that an anime that we were watching for a long time is coming to an end. It is a kind of nostalgic feeling where we are happy to know that story will conclude at the same time sad that there will not be any more episodes. This the same feeling I am having for one of my favorite anime Food Wars. The regular viewers of the show might be getting how I am feeling right now.

Currently, the 5th season of the anime Food Wars is going on. But sadly, it is the finale season. The anticipation for the release of the new episode is endless. At the same time, I don’t want the anime to end. The anime started streaming its 5th season since April 11, 2020. But all of a sudden due to the ongoing COVID-19 crisis, the release of new episodes was paused. 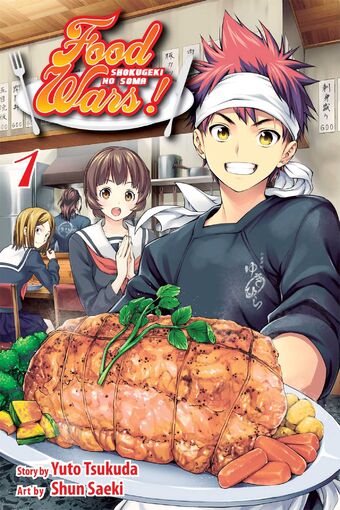 J.C. Staff is the producer of the anime Food Wars and Yoshitomo Yonetani is the director. Currently, the finale season i.e., season 5 is streaming since April 11, 2020, on Japan’s Tokyo Mx channel. As of now, only two episodes are released.

Sadly, because of the ongoing crisis of COVID-19 Pandemic, the Japanese Anime Production house paused the production for the 5th season. However, in May 2020 the channel announced that they will start premiering the rest of the episodes of the anime Food Wars from July.

Its July, and there is still no news about the official date of the upcoming episodes. However, we can expect the Food Wars Season 5 Episode 4 to release somewhere around July 24.

The fifth and final season will continue to showcase Soma’s Journey in Totsuki. Like always Some will be again challenged by his classmates in different ways. With time passing challenges and assignments will grow become tougher for Soma. Luckily, Soma isn’t a person who easily gives up. With each new challenge, his cooking skills getting improvements. Also, we can see Megumi Tadokoro is improving along with being the main ally for Soma throughout the series. Their companionship is now developing lots of attention as well.

The season 5 of Food Wars is available to stream online on Crunchyroll and even on Netflix as well for some of the regions.

David Ayer Confirms A Sequel To ‘Bright’ Is Still Running With...

Who Is the Brute in the Halo Infinite Demo?

Here’s A List Of What’s New On Netflix, Hulu, Amazon, And...

One Piece Reveals its Best ‘To Be Continued’ Teaser Yet

A3! Season Autumn And Winter Episode 16: Setsu and Juza’s Rivalry