Considered one of the finest Isekai anime because of its similarity to actual MMO’s, BOFURI: I Don’t Want to Get Hurt, so I’ll Max Out My Defense, or as it’s called in Japanese, Itai no wa Iya nano de Bougyoryoku ni Kyokufuri Shitai to Omoimasu, is an entertaining isekai. If you’re looking for some more animes that are grounded yet exciting to watch, you’ve come to the right place.

When Kaede is enthusiastically invited to play a VRMMO called New World Online, she gives it a shot. Naming her character Maple, she begins an exciting journey. As she is new to these types of games, she doesn’t entirely understand stats and ends up using all her points into vitality out of fear of getting hurt. As a result, she obtains some overpowered abilities and becomes a legend in the game. After coming third in a server-wide competition, she gains even more fame as a player who is unkillable and overpowered.

Following the adventures of this powerful main character in a fantasy world is really uplifting from the struggles of daily life. If you’re looking for some escapism, or just some good old fun isekai, these are the best animes similar to Itai no wa Iya nano de Bougyoryoku ni Kyokufuri Shitai to Omoimasu aka BOFURI: I Don’t Want to Get Hurt, so I’ll Max Out My Defense (phew, that’s one helluva name).

Fifteen-year-old Yuna is gifted a bear costume by the developers of a game she plays. After accepting the gift, she finds herself transported to an in-game world, unable to escape. Confused, she begins to explore the world and finds out that the costume has overpowered stats. She stands out with her exotic outfit and potent abilities, earning the nickname “Bloody Bear.” We watch as her adventures in the new world unravel.

Like BOFURI, Kuma Kuma Kuma Bear is a fun and comforting anime with many loli characters in a game. The protagonist, who seems weak at first, turns out to be extremely powerful, shocking everyone (and satisfying my ego for some reason).

9.  The Rising of the Shield Hero 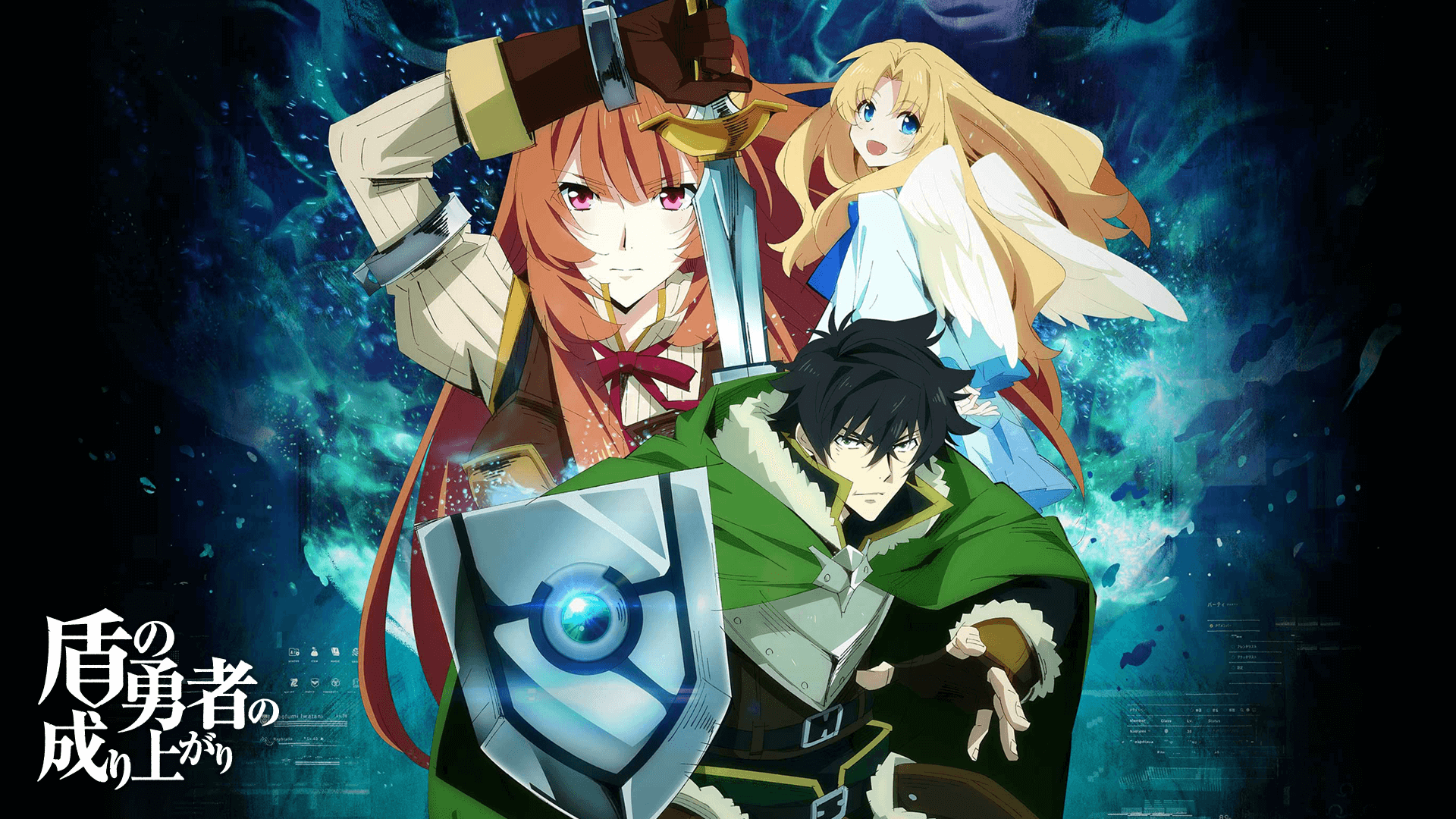 The Rising Of The Shield Hero

Naofumi Iwatani, a 20-year-old, is mysteriously transported to another world with three other individuals. They learn that they’re The Four Cardinal Heroes, ordinary men from modern-day Japan, tasked with protecting the Kingdom of Melromarc from something called “The Wave of Catastrophe.” They’re each given a powerful sword, spear, and bow, while Naofumi receives a shield and is dubbed “The Shield Hero.” Lacking any combat abilities, he is mocked by the other three and humiliated by the Kingdom’s people.

Nobody is willing to provide resources to Naofumi to train, except for Malty Melromarc, the beautiful princess of the Kingdom. However, she turns out to be malicious, stealing his possessions, and falsely accusing Naofumi of raping her. Being a hero, he can’t be imprisoned, but his actions are made public, resulting in widespread hatred for him.

The story follows his journey in a world filled with misplaced scorn for an innocent hero. This anime closely resembles BOFURI because of the strong defense abilities of its protagonists, allowing them to gain new skills and abilities that are unavailable to others. However, it’s much darker than BOFURI.

8. That Time I Got Reincarnated as a Slime

That Time I Got Reincarnated As A Slime

Satoru Mikami has a mundane life. At age 37, he hasn’t dated once and is tired of his dead-end job. One day, he’s stabbed in the middle of the street and finds himself in another world, in the body of a slime. He befriends a dragon that names him Rimuru Tempest, granting him divine protection. Rimuru discovers that he can change his shape to mimic that of any object of his choosing.

With his old life behind him, he has clearer goals for his new life, and using his gooey existence, he plans to do greater things. Little does he know, his actions will change not only his but the fate of the whole world as well.

7. Didn’t I Say to Make My Abilities Average in the Next Life?!

Misato, a genius girl, was never able to make friends while she was alive. She is killed in an attempt to save a young girl. Craving a regular life, when she is offered a wish at reincarnation, she requests to be born as an average person. However, when she is reincarnated as a noble’s daughter in a fantastical world, she learns that she has overpowered magical abilities.

Nevertheless, she leaves her home and enrolls at Hunter School, far away from home, taking on the alias “Mile.” She tries to hide her powers but soon learns that it isn’t going to be as easy as she thinks.

Like BOFURI, this show has an exciting mixture of cute loli characters in a fantasy setting with an extremely powerful protagonist trying to make her way through an unknown yet interesting world. 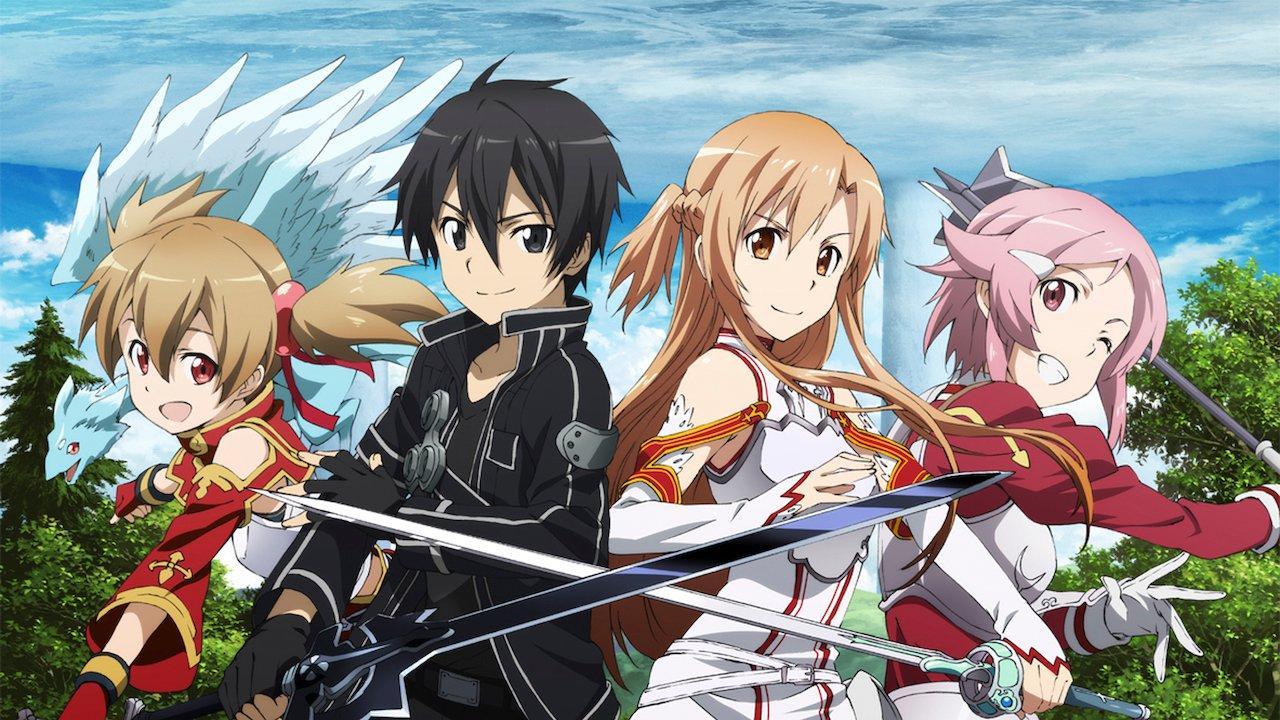 With the help of the “NerveGear” technology, gamers can now control their characters simply by using their thoughts. Kirito is lucky enough to be one of the few people who got a copy of the new game- Sword Art Online’s first shipment. The game is based on a beautiful world called Aincrad, filled with medieval weapons and monsters.

The story takes a turn for the sinister when the players realize that they cannot log out from the game, as the creator has trapped them, and they can only exist upon completing all the 100 levels. We follow his adventures as he tries to survive in this world, striving to make it out of the game. Along the way, he makes many friends and foes. Sword Art Online gave birth to one of the most famous couples in anime- Kirito and Asuna.

SAO Alternative Gun Gale Online is another anime from the SAO world that’s very similar to BOFURI. You don’t have to watch the original SAO series to enjoy it either!

With the release of a new VRMMO, Infinite Dendrogram, a game that realistically simulates the five human senses to make it seem that you’re in a game world, Reiji is ecstatic. However, he has to wait two years to buy a copy of the game and start playing; WIth some assistance from his brother and partner Embryo, he must walk on a path of endless possibility.

Watch his adventure unfold as he makes new friends, gets into lots of trouble and adventures, fights in competitions, and gains many new skills. Moreover, we learn how he will have to manage his real life with his life in the game as things become complicated.

4. Cautious Hero: The Hero Is Overpowered but Overly Cautious

Cautious Hero The Hero Is Overpowered but Overly Cautious

If you’re looking for an anime with an extremely overpowered character who doesn’t think much of their abilities, look no further. Seiya, an extremely powerful player, is pulled into a virtual world, Gaeabrande. Ristarte, who is in charge of the world, pulls Seiya as she needs his help to defeat the Demon Lord, who announced that he would take over the world. Ristarte chose Seiya because of his exceptional skills and stats, which were higher than any other competitor.

However, she is unimpressed by him when she meets him. It turns out, Seiya is always cautious, looking out for every tiny detail before taking a step. During battles, he carries many spare armors and a vast stock of all necessary items. He trains hellishly every day, all to be in peak form at every battle. The only thing he trusts are his instincts, which makes him overpowered, but very cautious. However, his fire magic skills and other powerful techniques make it easy for him to defeat his opponents. This comedy isekai has lots of dark and serious plot lines and a sweet romance as well.

Thirty thousand Japanese gamers are suddenly transported into an MMORPG game, Elder Take. Yanked away from their real lives, these players find themselves in a new reality within the game and unable to log out. Among them is the socially awkward college student, Shiroe. He is a veteran gamer and overcomes the shock of this change quickly. Soon, he sets out to explore this new world.

Another unfortunate player is Shiroe’s friend, Naotsugu. He logged in for the first time in years and is now trapped in the game. With an ever-changing world, Shiroe begins to interact with the NPC’s to bring about stability in this new world. Log Horizon deals with the political and economic landscape of a virtual world. It is up to the protagonist to use his abilities to make the world safer and create a functioning administrative system to reduce conflicts.

2. Somali and the Forest Spirit

Somali and the Forest Spirit

BOFURI has a wholesome and heartwarming side to it as well. This is something that Somali and the Forest Spirit also has. In this anime, we’re taken to a world filled with mythical creatures. In this world, humans are the outcasts. They’re hunted by the other creatures and treated as delicacies.

When Golem, a wandering protector of nature, wanders across the land, he comes across a human girl child. Even though she is alone, she is filled to the brim with enthusiasm. Impressed by her, Golem decides to take her in. We follow their adventures as they travel the wonderful lands of this world.

1. I’ve Been Killing Slimes for 300 Years and Maxed Out My Level

Azusa has worked a corporate job for many years and abruptly passes after severe exhaustion. After dying, she meets a Goddess who grants her immortality and peaceful life in another world. In this exciting world with many creatures and adventures, Azusa…lives a mundane life. She follows the same cycle of tending to her fields, protecting a village, and killing a few slimes every day for 300 years. However, her life takes an exciting turn when she finally hits the maximum limit of level increase by killing slimes. That is, she reaches level 99.

While she tries to hide her abilities, she isn’t entirely successful, as many people come to hear of her powers. Soon, many come to her doorstep. Some to challenge her, and some to ask for her assistance. But as Azusa begins to step out of her comfort zone, she realizes there is so much more to do in life than she first thought!