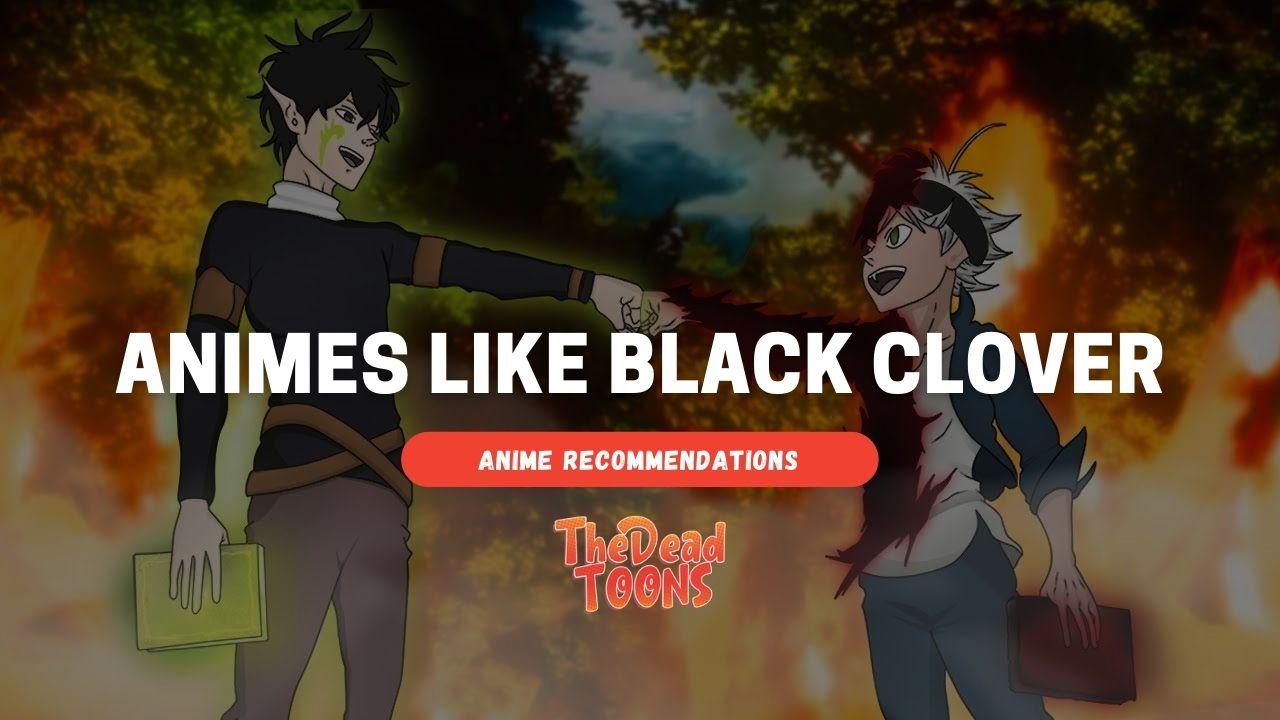 Black Clover, an anime about magic, fantasy, and action that caught the eyes of many otakus, has received a lot of love from many fans for its awesome openings, intense and dramatic stories, with well thought out character development. Black Clover was the most-watched anime on Crunchyroll in 2020. If you’re looking for animes that are similar to Balck Clover, look no further. The following animes are just like this exciting shonen and will fulfil your exigency for more like Black Clover. Here are the top 10 anime like Black Clover.

If the animes on the list are ones that you have already watched, check out the honourable mentions in the end for more underrated animes that are similar to Black Clover. 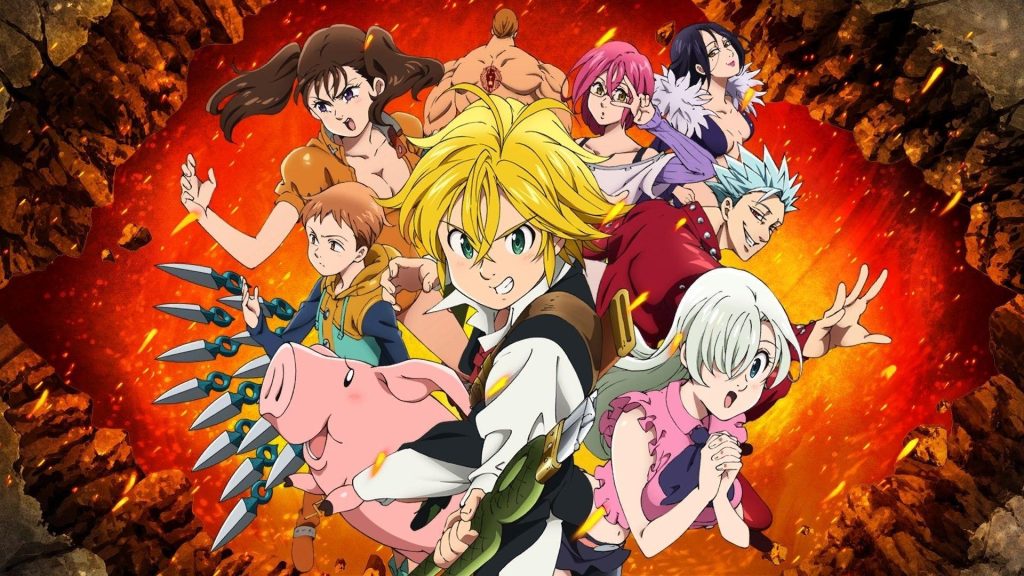 Journey onto the Kingdom of Liones, where you shall be introduced to its rich yet dark past. The Holy Knights of Britannia once protected the kingdom and had years ago banished a faction of the knights, the seven deadly sins, that wanted to overthrow the King of Liones. Ten years later, however, the Holy Knights have established a coup, taking over the kingdom. We follow a young princess Elizabeth, as she heads on a search for the fearsome Sins. With their help, she hopes to regain the kingdom once again. 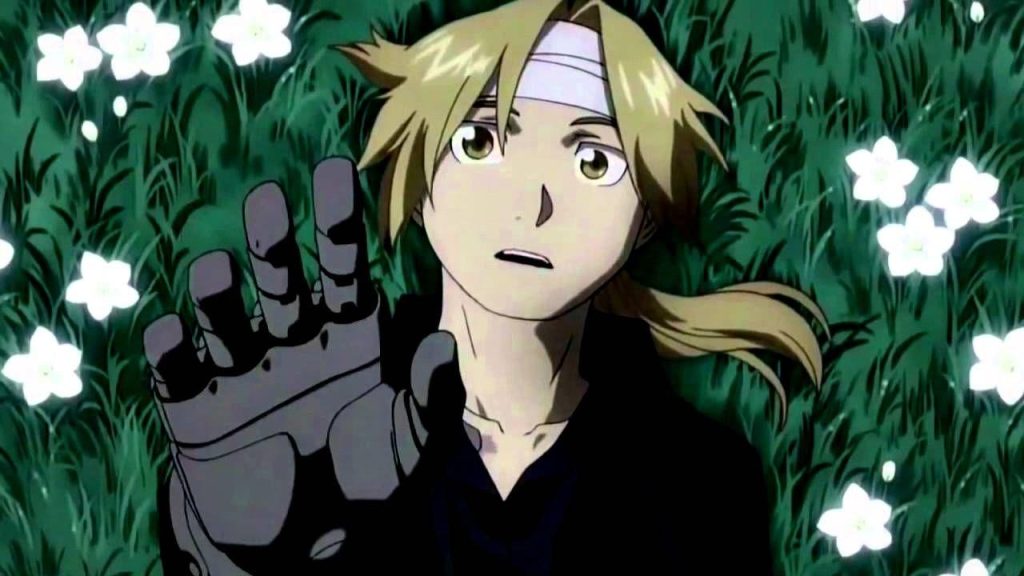 The story of this anime follows two skilled brothers, Edward and Alphonse. We dive headfirst into a world where alchemy, the science of transmuting or changing the shape of matter to create something new, is a reality. After the death of their mother, the two young brothers perform forbidden alchemy, human transmutation, in hopes of reviving their mother. Everything goes terribly wrong. Alphonse loses his entire body, while Edward loses his right hand. After sacrificing his right leg, Edward binds his brother’s soul to a seal of armour.

With parts of their body taken away, the brothers gather their strength to find the Philosopher’s stone, a fabled artefact that enables human transmutation. On the journey, they come across the harsh reality of the world they live in and the effects of misuse of alchemy. 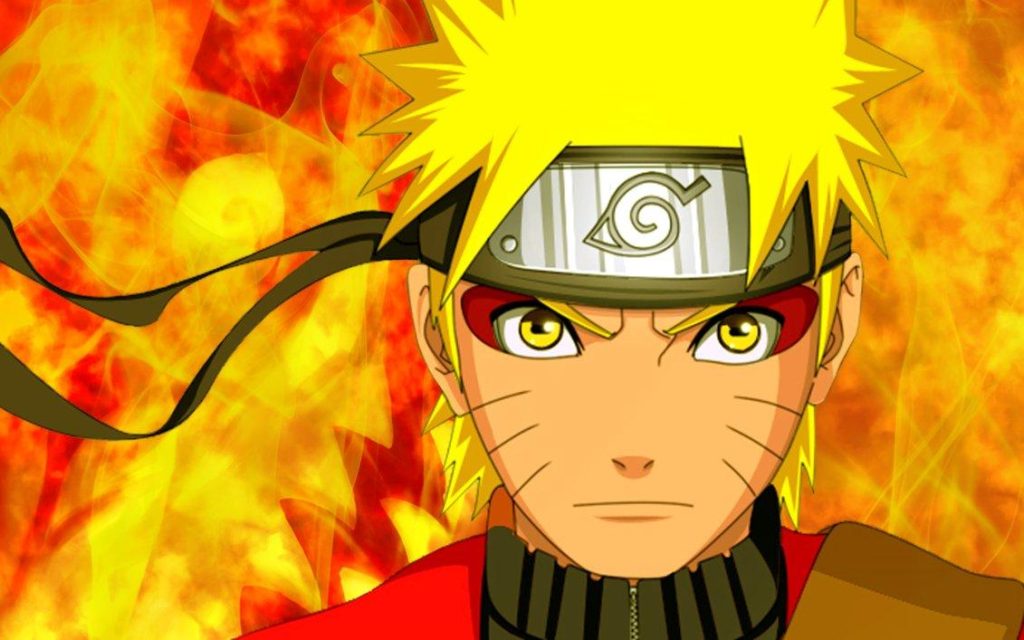 The pillar of Shonen Jump, Naruto, is well known in the anime worlds and outer spheres as well. It’s set in a world of ninjas, where our main character, an orphan named Naruto, must overcome the hardships of life to achieve his dreams of becoming a Hokage, the leader of his village. However, the goal will not be an easy one to achieve. The village people hate Naruto because of his naughty behaviours and a mysteriously dark past surrounding the boy.

The anime shares similarities with Black Clover with a protagonist that starts out as an underdog but moves up the ladder gradually, becoming more powerful along the way. The adventures of Naruto are always a treat to watch, especially with the extremely lovable characters, engaging world, and exciting storytelling. 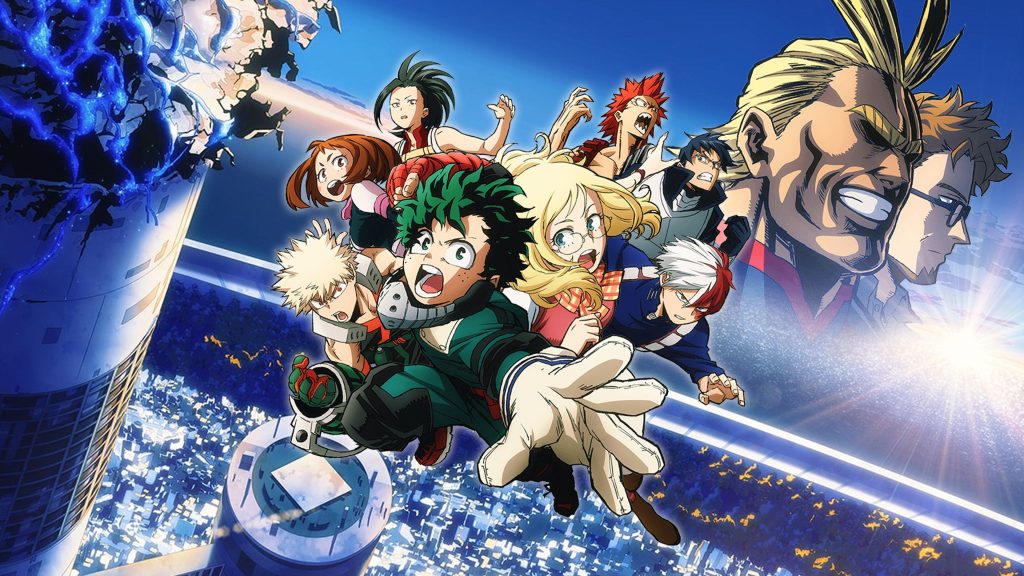 Similar to Asta, born without magic, in MHA, we meet Izuku Midoriya, an ordinary boy living in a world filled with “Quirks.” 80% of the population possesses some form of superpowers called “Quirks,” and Izuku is born without any. Despite this, he is a huge fanatic of superheroes and studies them whenever possible. He wishes to one day become the greatest superhero. However impossible his dream may seem, he doesn’t want to give up, and Izuku’s luck soon shines through. In a series of opportune events, the boy inherits powerful abilities and must now begin his journey on the road to becoming a hero. The journey won’t be easy, as a group of supervillains is set on wreaking havoc. How will Izuku prove himself better than his friends, rivals, and enemies to become the greatest? 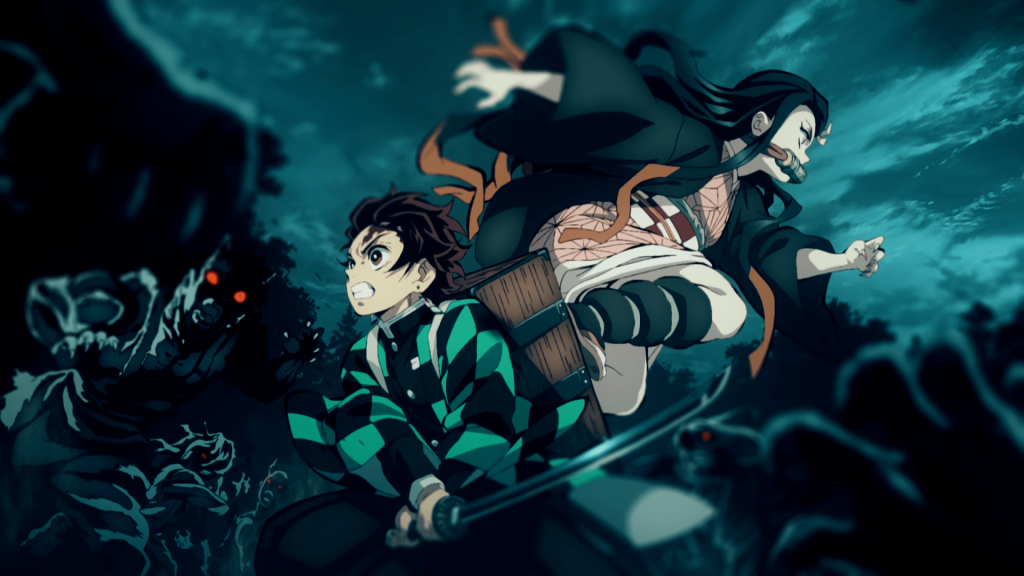 Tanjiro Kamado lives in the mountains with his mother and sister. After losing his father, he has become the sole source of income for his family. He sells charcoal in a nearby village to provide for his family. However, he returns one day to find that his mother has been killed and his sister turned into a half-demon. Enraged by this, he decides to take revenge on the demons that destroyed his peaceful life. He soon gets tied with a secret society called the Demon Slayer Corps, learning to become a demon slayer himself and to turn his sister, the only living member of his family, into a human again. 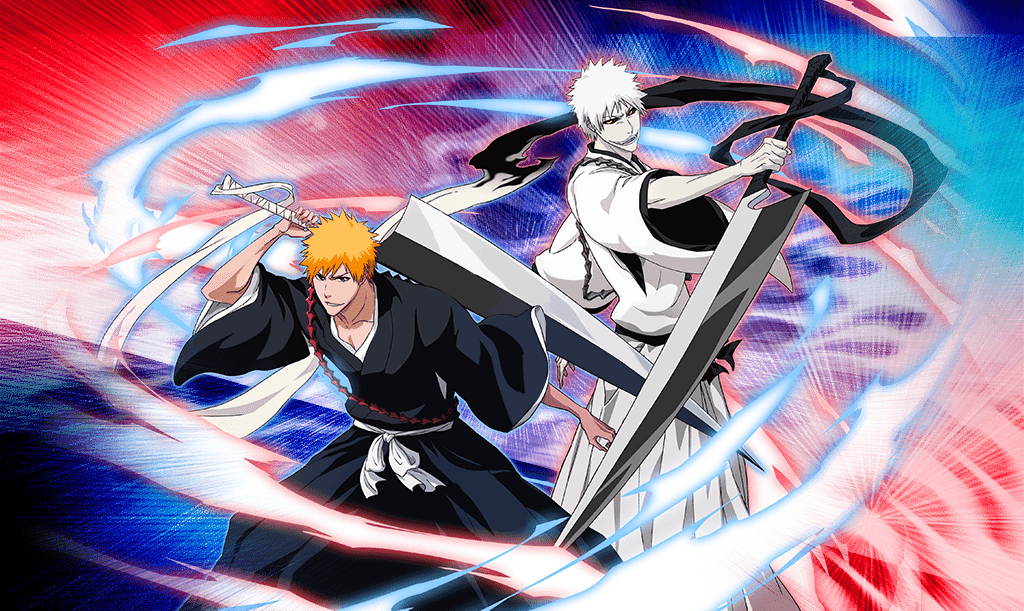 This anime follows the extraordinary life of a normal high school student with a strange ability. Ichigo Kurosaki always had the mysterious ability to see spirits. His life takes a turn to the eventful when a Hollow, a corrupt spirit, attacks his family. This is when Ichigo is introduced to the world of soul reapers, becoming one himself. He must now take up the formidable task of hunting down the Hollows in his town. Along the way, he will meet new comrades and enemies. He must try to balance his normal life with the paranormal and keep his identity hidden from his friends. How will Ichigo fair in the brutal world of Shinigamis? 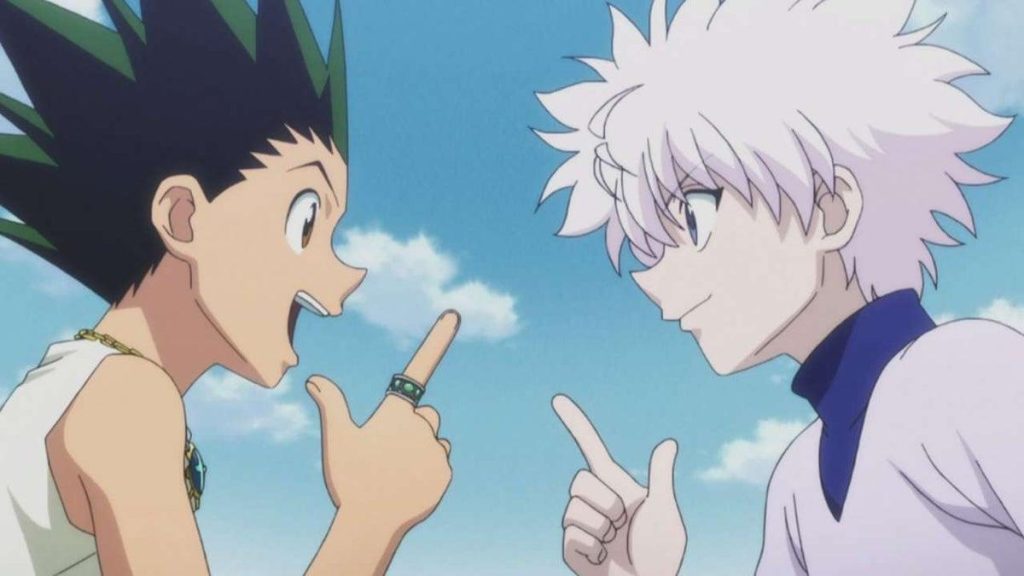 Meet Gon Freecs, a boy who wishes to become a Hunter just like his father. Hunters are people who qualify for a challenging and rigorous exam to gain a license and title that gives them the importance and access to a lot of stuff kept away from the ordinary public. Only a few tough individuals can clear the exam and gain the title of Hunter. Gon, curious to find out what made his father leave his family behind, is set on becoming a Hunter himself. He will have to face many challenges to clear the exam, facing contenders who seem very skilled. The road that lies ahead of Gon is a dark and tricky one, however, with his friends and undying ambition, the ecstatic boy will continue to learn.

3. Magi: The Labyrinth of Magic 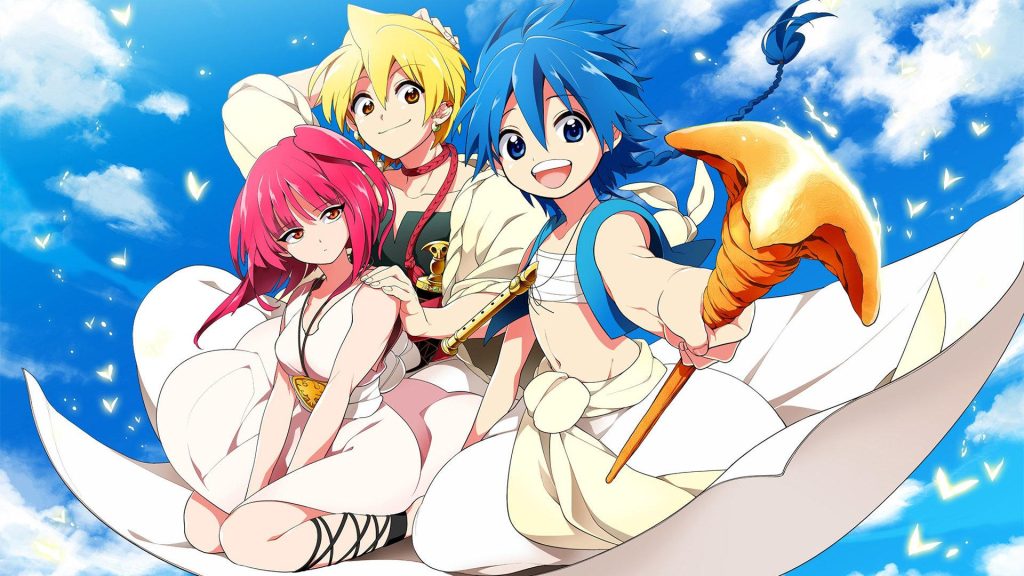 In the world of this anime, there are many “Dungeons,” mysterious labyrinths that contain all the treasure and resources that a person could ever need. They are the creations of rare and powerful magicians called Magi, and each labyrinth is owned by a Djinn who grants their immense powers to those who complete the quest. Alibaba is a poor boy who, upon facing danger, decides to try his luck at the Dungeon with the help of a young magician, Aladdin, who can summon a Djinn with his flute. Watch as the two begin an adventure, opening their lives to something much bigger. 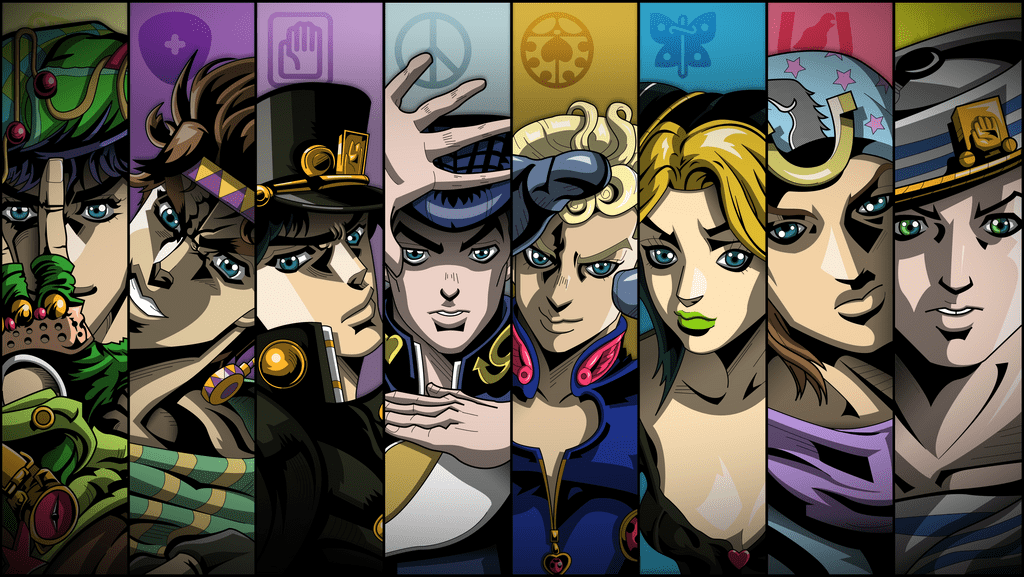 JoJo is an action-filled anime that follows a feud of generations. In 1868, George Joestar decided to adopt Dio, the malicious son of a man who had once saved his life. Dio hopes to take over the Joestar inheritance, using an Aztec stone mask that grants him superpowers. George’s real son, Jonathan “JoJo” Joestar, strikes up a rivalry with Dio, who constantly undermines him in front of his father. His evil acts echo through the years, causing a generational conflict. The story has a supernatural element to it, containing powers called Stands and a special form of Martial Arts called Hamon. 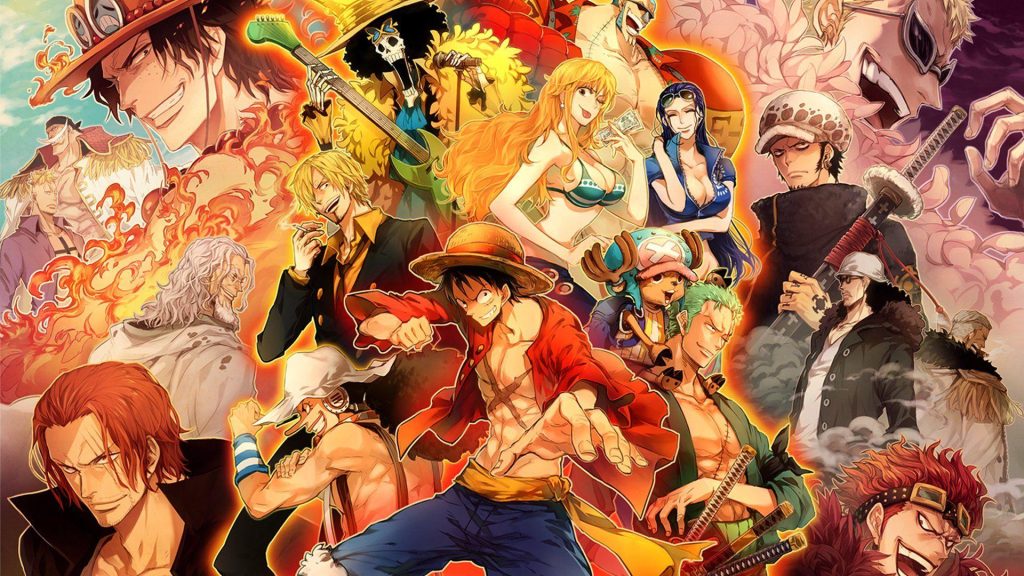 When Gol D. Roger, the infamous “Pirate King,” was captured by the World Government, he revealed the existence of the greatest treasure in the world, called One Piece. Men around the globe, wanting riches and glory and the title of Pirate King, set on a journey to become pirates and achieve their dreams. One such boy is Monkey D. Luffy; he wishes to experience the exciting adventures and friendships that the sea holds for him. Creating a powerful crew, he sails on. With the ability to extend his body to extraordinary sizes and the help of his comrades, he must walk on a dangerous yet rewarding path of wonders.