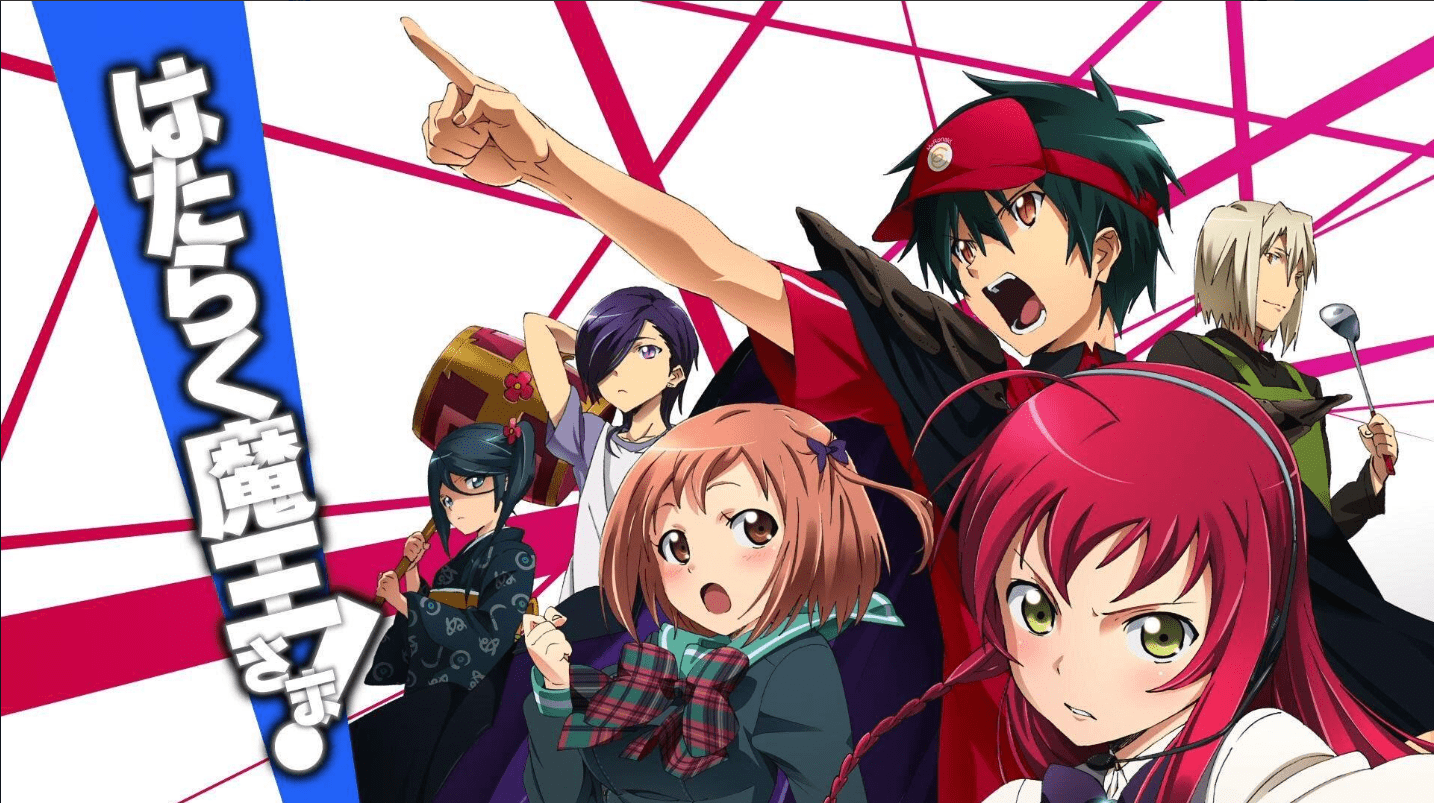 If you’re looking for an anime that will entertain you and make you laugh till tears begin falling from your eyes, then The Devil Is A Part-Timer! is a perfect anime for you. The story of the show is exactly how the title defines it to be. With a 7.8/10 rating from MyAnimelist.net, The Devil Is a Part-Timer is by no means an average anime. Therefore, if you want to know more about The Devil Is A Part-Timer! and what it’s all about, make sure to read this post till the end.

In an alternate universe, the Demon Lord Satan has launched an attack to conquer the island of Ente Isla with the help of four of his generals Alciel, Lucifer, Malacoda, and Adramelech. However, their conquest, it seems, isn’t going to be as easy as they had presumed. When the Demon Lord and his entourage encounter the hero Emilia, two of his loyal generals are killed in her attack.

Seeing that they might lose this battle, the demon lord is forced to escape the hero Emilia and enter the new world along with his loyal servants Satan and Alciel.

This modern world is a world void of any magic or powers. In their despair, when the party realises that their powers are useless in this world and the only true power in this world, is money the demon lord now going by the name of Sadao Mao is forced to take up a part-time job in a fast-food restaurant called McRonald’s. However, as he is now trying to adjust to this new world, overcoming new challenges and moving on, his past is not truly ready to let go. With more and more people crossing the plane of Ente Isla into this new world, including the hero Emilia, the demon lord, it seems can’t get a break!

Fortunately for our readers, The Devil Is A Part-Timer has no reported fillers as of now. To know more about filler lists of animes that you would like to watch, make sure to keep following our post!

The Devil Is A Part-Timer Manga Canon Episodes List

Where To Watch The Devil Is A Part-Timer! Online?

You can watch all the episodes of The Devil is a part-timer on websites like Crunchyroll and Viz Media In English Dub/Sub for absolutely free.

An avid science lover with a dream to one day become a popular scientist. I began watching anime when I was 13, my friends forced me to watch attack on titans and from then, there was no turning back. I love watching anime more than anything and I can proudly say that without anime I have no life.