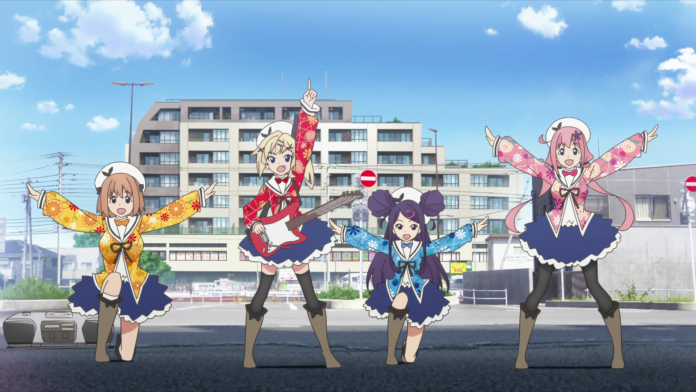 With only one episode out till now, the anime Dropout Idol Fruit Tart is getting neutral reviews from the viewers.And if you are new to this anime. Then let me give you some updates on it. Dropout Idol Fruit Tart is an anime adaptation of the manga series that goes by the same name. The anime release was initially scheduled for July 2020, but due to the ongoing pandemic, it got delayed till October. As of now, there aren’t many reviews on it. But still, the anime seems like a promising one. The storyline and the characterization of the anime are pretty interesting.

Let’s see the updates of the next upcoming episode of the anime. And for the new viewers, we have mentioned the reviews of the previous episode as well. Reading that might change your mind about watching the series.

The first episode of the anime begins with Ino Sakura and her dream of becoming an Idol arriving in Tokyo. She gets to share a dorm “Nezumi House” provided by Rat Productions along with fellow inhabitants. Her fellow roommates are: Roko – a struggling yet formerly popular child actress, Hayu, a struggling musician, and Nina, a struggling model. 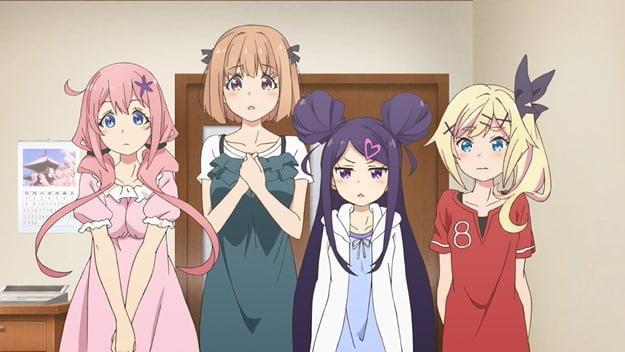 Everybody throws Ino a welcome party. But to everyone’s surprise, the welcome party turns into a farewell party. The manager of Rat productions Hoho announces about the pending demolition notice of Nezumi House. Ino and the others get sad upon hearing this news. Seeing them sad, Hoho suggests them a solution to save their only home. He asks them all to form a Fruit Tart, a new idol group.

Dropout Idol Fruit Tart Episode 2 will release on Monday, 19 October 2020, at 9:30 PM JST.  The anime is scheduled to drop new episodes every Monday. Recently, the first episode of the anime premiered on October 12, 2020, i.e., on last Monday.

The anime is available to stream online on Funimation and Animelab.

Dropout Idol Fruit Tart: What is the anime all about?

The anime Dropout Idol Fruit Tart is about Ino Sakura, the main protagonist. She is a first-year high school student, who’s dreams is to become an Idol. To achieve her dreams, she travels to Tokyo. In Tokyo, she starts living in a dorm house for entertainers – the “Nezumi House.” There she befriends Roko Sekino, Hayu Nukui, and Nina Maehara.

To save the Nezumi House from demolition, the girls decide and quickly form a new idol group, “Fruit Tart.” The rest of the story is based on their struggles and attempts to step into the entertainment industry so that they can raise funds to save their home.