Well, amazing news for all the gamers is that Dragon Quest has headed back to the T.V only this time as an anime. For those who don’t know, Dragon Quest The Adventure of Dai is a popular video game series before it could developed as television series.

When will Dragon Quest The Adventure of Dai will premiere?

The manga series Dragon Quest The Adventure of Dai will air Saturday, 3 October 2020, at 9:30 AM JST and like every other manga series it will release its episodes on a weekly basis. Dragon Quest will drop its episodes on every Saturday. For international audience the series will soon be streaming on Crunchyroll. We will notify you as soon as any updates from Crunchyroll pops.

Dai is a twelve-year-old boy who is the only human in Delmurin island. He became the hero after defeating fake heroes who abducted is friend Gome. Being the son of Dragon Knight Baran, he possesses super strength and magic.

Pop is fifteen-year-old whose father is a weapon merchant, left his home to become an apprentice of Avan and a great magician. He is a master of attack and healing spells he become a Sage in the later part of the story.

Maam is a daughter of Leyra and Loca and a great supporter of Avan. She helped Avan to fight against Hadlar. She was terrific with healing spells, but unlike Pop he wasn’t useful in offensive spells. However, Avan helped her by presenting her a gun that could cover her offensive part.

Leona is a princess of Papnika and excellent at magic spells. She wants to be a Sage. She is a fourteen-year-old girl who forgave Hyunckel for nearly destroying his whole country after becoming a disciple of Avan 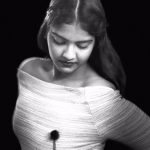