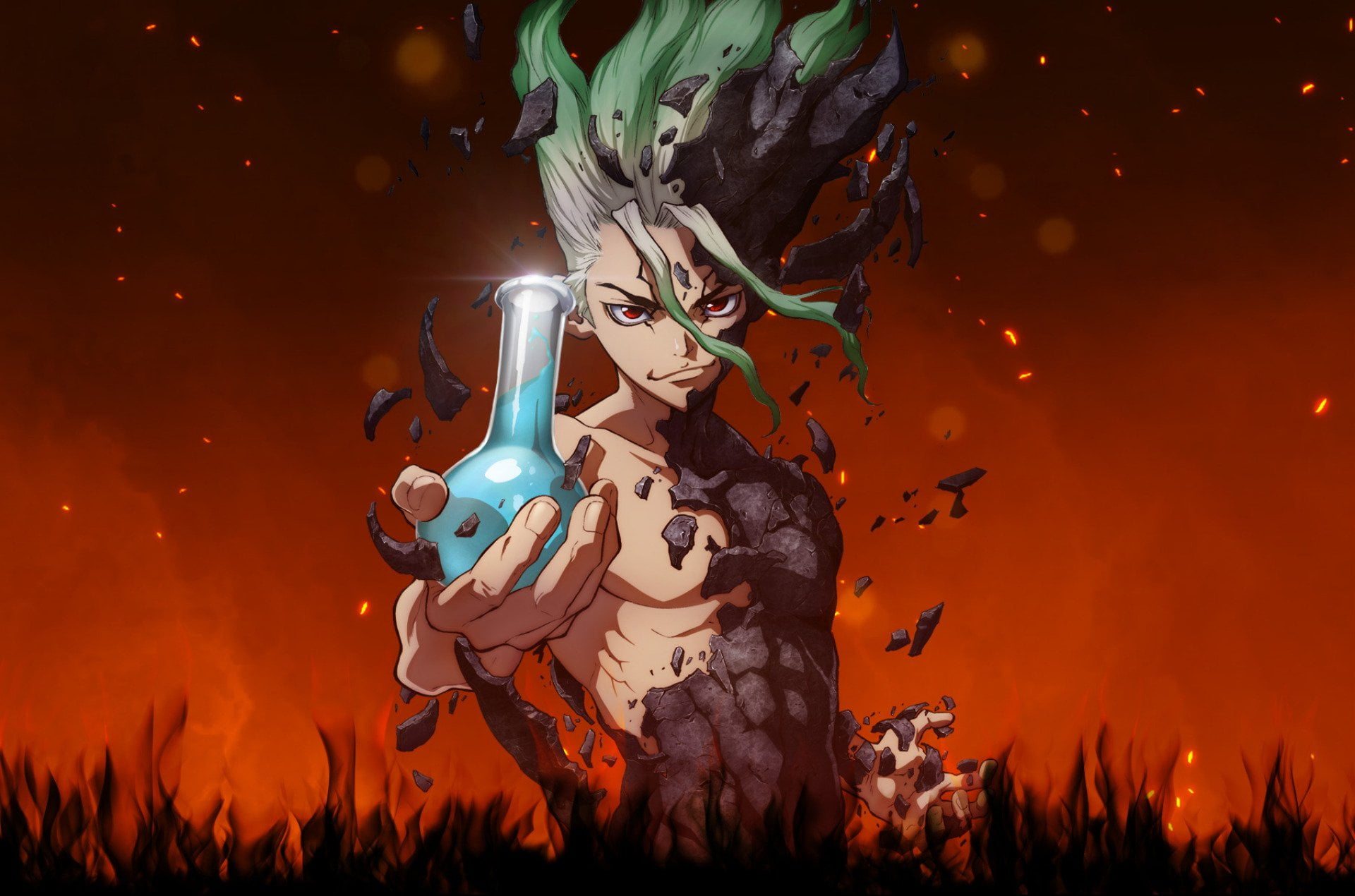 Not every anime adaptations of mangas are successful. But Dr. Stone is one such anime that instantly became popular among the viewers. All the fans and viewers of the anime are now eagerly waiting for a second season. Also, it seems like the production unit and creators are pretty much happy with the success graph and earnings of the first season of Dr. Stone. Hence the creators are planning for something more exciting, which might include a good amount of scientific knowledge as well.

Dr. Stone’s story revolves around Taiju Oki, Senku Ishigami, and Yuruziha Ogawa. One day a green light ends up hitting all of humanity. After 3700 years of petrifying, Senku and Taiju wake up in a gap of 6 months. Senku aims to restore humanity using science. As time passes by, we see them developing the Kingdom of science and attaining more gadgets to discover the mystery behind all of these.

Although the ending of Dr. Stone’s first season was quite decent, it is still chaotic. The end is making us all think about what all we can expect from Dr. Stone Season 2?  What will season 2 bring for all of us?

Well, as per the sources and some rumors, the upcoming second season of the anime will cover up disputes happening between both the Kingdom of science and Tsukasa’s empire. We might also see Taiju and Yuzuriha coming back in season 2 on the screens. As per the sources, it is said that Dr. Stone season 2 is going to be funnier than it was in its previous season. Also, the makers are bringing more action in the episodes for us. If we compare the upcoming season with the story of its original manga adaptation, then we can expect that the anime will be covering the story from the Stone Wars arc of the manga.

The anime, Dr. Stone, is exclusively available on Crunchyroll along with English subtitles as well.  Usually, Dr. Stone Season 1 used to stream its new episodes every Saturday at midnight (Eastern Standard Time).

But it’s up to the makers now if they are planning any change.

As per the official announcement made on Twitter, Dr. Stone Season 2 will release sometime in mid-January of 2021.

At the end of the last episode of Dr. Stone season 1, it was announced that the show would go for renewal with a second Season. Although there we rumors, and everybody thought that the second season would air immediately after the end of the first one. However, that’s not the case.

Killing Bites Manga Gets a Spin-Off this August | Find out...