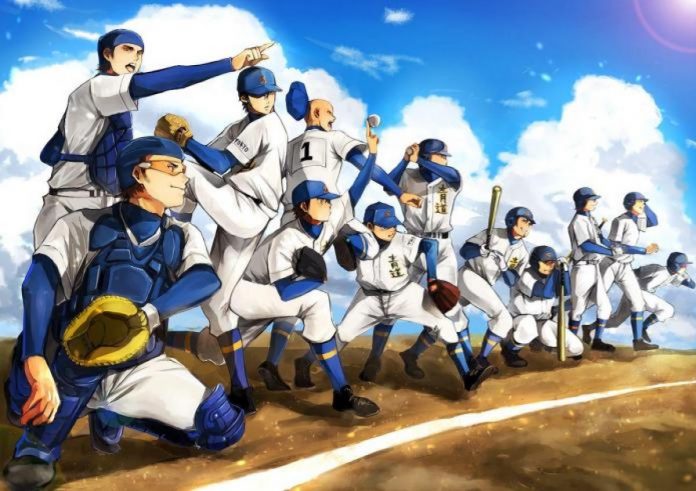 From the previous events of the manga Diamond No Ace Act II: Seidou manages to dominate the last round with his teammates and Sawamura’s effort. Meanwhile, Sankou, along with Amahisa, tries getting back into the game. Yuuki scores home runs. Amahisa decides to change his tactics to make Yuuki avoid scoring home runs. Amahisa increasing the ball speed and throws.

Yuuki misses the swing. Fans get disappointed and start yelling at him. Amahisa gets happy with his throw. Kanemaru recalls coach Kataoka’s tip about Amahisa’s weaker pitch. Later, Kataoka explains to the players about Amahisa fastball, slow curveball, and slider throws.

Will Yuuki and the others manage to overpower Amahisa’s throws? Let’s see what will happen in Diamond No Ace Act II Chapter 232.

Everyone is already aware that the manga follows a fixed weekly schedule to release new chapters every week. Although due to the current pandemic crisis, sometimes the release gets delayed. However, this week, the release is on time.

The upcoming chapter, i.e., Chapter 232 of the manga Diamond no Ace Act II, is set to make its release on Thursday, 5 November 2020. The manga is available on the official website of Manga One.

Before we head out to find the spoilers from the upcoming chapter of the anime, let’s take a quick sneak peek into the previous episode.

Kataoka warns all the other teammates to don’t underestimate Amahisa as he is an adamant opponent. Amahisa throws a curveball. Kanemaru manages to connect to it and hits a double at the 8-Hole. He starts analyzing the game as per what his coach taught him earlier.

Sawamura is on the 9th to bat. Amahisa plans to put an end to Sawamura. After Sawamura, Kuramochi is next on the line to bat. Sawamura has only one strategy: simply connecting to the ball and leaving the rest to his teammate. Meanwhile, Amahisa strategizes as he doesn’t want to go easy.

And hence, Amahisa throws a fastball in rage. Sawamura manages to connect with his bat’s side, but the ball hits his knees, leading to a foul. Amahisa throws another one. This time Sawamura connects to and sends it down to the first baseline. And now it is 2 out with the runner on third. While Kuramochi gets ready, both the two Aces stare at each.

What is going to happen next? Will Sawamura and the rest make it to winning?