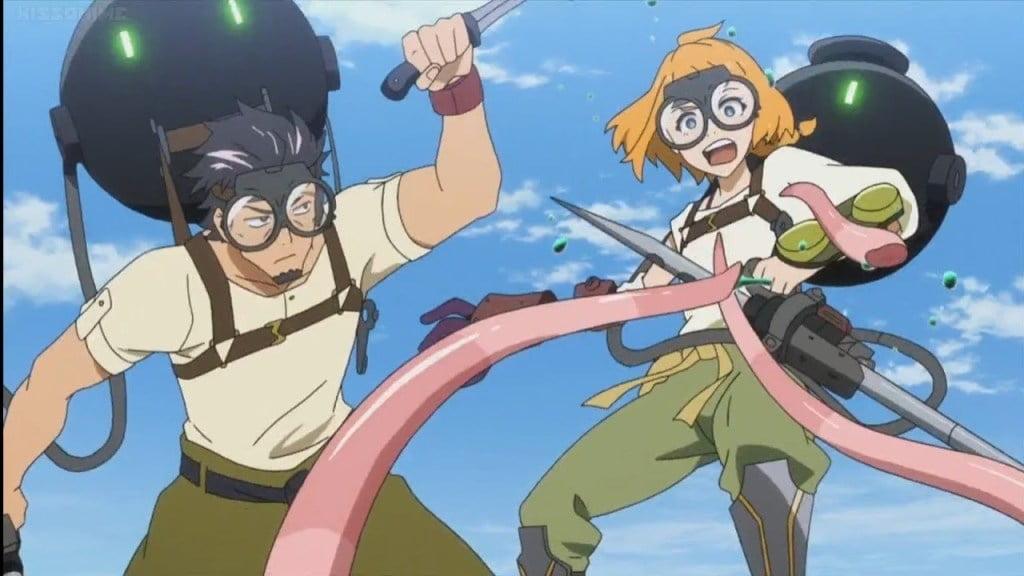 Nowadays I am starting to like watching action-packed animes more rather than the usual old school romance. One of my current favorite anime that I find very similar to Dark from Netflix is Deca-Dence. In fact, Deca Dence seems quite similar to Attack on Titan, yet it is so different from it. The story of this post-apocalyptic anime and characterization is very alluring.

Unlike other mainstream anime dramas, ‘Deca Dence’ follows its own path rather than just focusing on community and political issues. The anime is mainly about the lives of the two lead characters. If anybody is there reading this who hasn’t watched the anime yet. I suggest you give it a try. And for those who are regularly following the anime, we are here with new updates of the upcoming episode.

The next episode to release of anime the series Deca-Dence’ is episode number 8. The anime follows a weekly schedule for the release new of episodes every week. Hence, just like usual, Episode 8 of the anime will release on Wednesday, August 26, 2020.

The anime is available on Funimation and Hulu to watch online. The anime series has English subtitles and the original Japanese audio track.

The anime Deca Dence is set in a post-apocalyptic world. A world took over by Gadolls, giant monsters. Due to the existence of these monsters, the human population is on the verge of extinction. And those who are surviving are leaving behind the walls called Deca-Dence.

Things are at peace in the world of Deca Dence. But everything starts to change when Natsumi dreams of becoming a Gadoll-slaying Gear. But to her dismay, she couldn’t be one Gear. Instead, she becomes a part of the armor repair team that is led by Kaburagi.

Suddenly one day the Gadools starts attacking the human population. And due to this many Gears get hurt. Kaburagi shows his fighting skills surprising Natsumi. Meanwhile, the Trainers try to extract as much meat as possible from the Gadolls.

It will be quite anticipating to witness their journey full of twists and surprises.