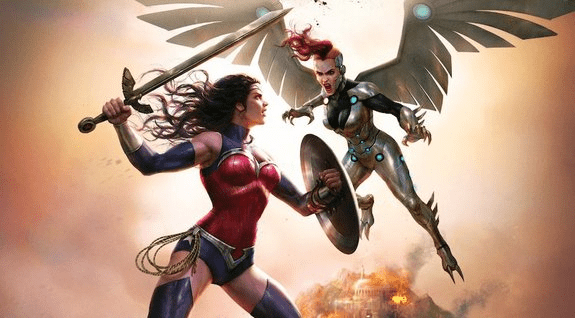 D.C.’s latest animated movie ‘Wonder Woman: Bloodlines’ is a direct-to-video animated superheroine film on wonder women. Death one of the most favourite character of comic  The Sandman is making her debut in this movie.  The Sandman(Vertigo), written by Neil Gaiman and published by D.C. comics is Dark fantasy and horror type. The Sandman is a story about how Morpheus, the Lord of Dreams, is captured and subsequently learns that sometimes change is inevitable. There is a series based on one of its character named Lucifer and has the same name. Death is one of the Endless who is inevitable, voiced by Jamie Chung.

Death is produced and directed by Sam Liu (Justice League vs The Fatal Five) and written by J.M. DeMatteis. In the story, an artist with unresolved inner demons meets a mysterious girl who helps him come to terms with his legacy and eventual death.

Wonder Woman: Bloodlines is a story of Wonder Women’s origin from before and after Justice League: War and battle with Villainy. The cast of this film is Rosario Dawson as Diana/Wonder Woman, Jeffrey Donovan as Steve Trevor, Marie Avgeropoulos as Silver Swan, Kimberly Brooks as Cheetah and Giganta, Michael Dorn as Ferdinand, Ray Chase as Lead Bandit, Mozhan Marno as Dr. Cyber, Adrienne Moore as Etta Candy, Cree Summer as Hippolyta and others.

According to sources it will be released on October 22, 2019, whereas on October 5 digitally. It is the first Wonder Women animated movie after its movie.

The Batman’s Robert Pattinson on Why He Loves the Character

5 Movies That Brutally Failed To Live Up To Their Vibe...

The Millionaire Detective Anime Stage Play To Arrive On October 1