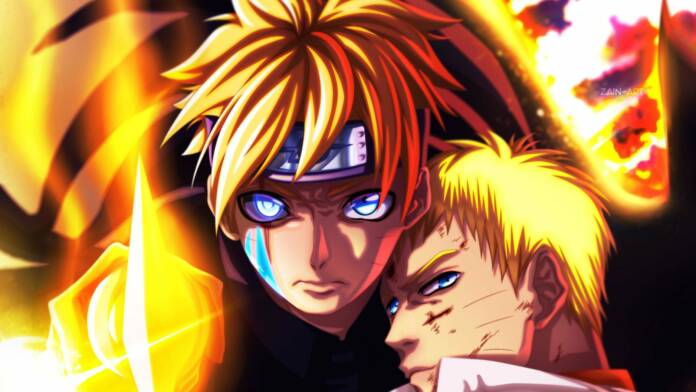 Every Boruto chapter is exceptionally thrilling. With monthly releases, fans eagerly wait for a new chapter to be published. Chapter 55 broke the internet with its release on 19th February. Details of chapter 56 have already been released on the internet. Boruto Chapter 56 will be dropped on 19th March, Friday.

The date was released by none other than the official Boruto section on Viz’s media page. A small preview of the chapter has been released, and it reveals, “New test/trials are awaiting Boruto, who just returned to the village!!”

“New test/trials are awaiting Boruto, who just returned to the village!!”

A Recap of Boruto Chapter 55

Boruto’s Chapter 55 was definitely a tear-jerker with Kurama’s death. With his sacrifice, Sasuke asked Naruto to use the mark on his hand to get them back home. Naruto then revealed that he is unable to use his Rinnengan anymore.

On the other hand, Code seems to be disappointed. Unlike Kawaki, he does not have the Karma, and he wonders why Kawaki was chosen to be the vessel by Isshiki. Suddenly, Isshiki appears and explains that he had been betrayed and was forced to resurrect in Jigen. Kawaki’s Karma has disappeared, but Code’s has remained. However, he cannot act as a vessel.

Isshiki explains that Code’s real legacy lies in being non-vessel white Karma. He will eventually inherit the Ohtsusuki will. To fulfill this, Isshiki tells Code he must consecrate either Kawaki or Boruto to Ten-Tails and grow the Divine Tree. From this tree, Code must consume the Chakra Fruit to reach his ultimate form.

Code promises to destroy the enemies that betrayed Isshiki and fulfill the Ohstusuki will.

Where to read Boruto Chapter 56

Boruto Chapter 56 can be accessed on Viz or Shueisha’s Mangaplus or even the Shonen Jump App. Readers can access the chapters on illegal websites. However, to show support to the manga’s original creator and credit their hard work, we advise you to use the official websites!

There have been no released spoilers for Boruto Chapter 56. Spoilers are often dropped 2-3 days before the release of the official chapter. There is still a while to go before there should be any news.

However, many on the internet have their speculations on what will happen in chapter 56. Some have even labeled it “the calm before the storm.”

As for now, all we can do is wait!