Blue Lock Manga On Break Due To Artist's Health!

Blue Lock is a Japanese manga series illustrated by Yusuke Nomura. Since August 2018, the manga has been serialized smoothly. However, fans of The manga will have to wait for the hit manga series to restart as it has been reported that the manga is on break owing to its creator Yusuke Nomura’s ill health.

Why Is Blue Lock Manga On Break And When Will It Resume?

Recently it was announced that Blue Lock manga is taking a break due to the artist’s sudden illness. On Wednesday, the journal’s 45th issue did not contain a new chapter of the manga. On October 27, the manga will be renewed in the journal’s 48th issue.

A three-week break is considered a long break. We will miss reading scenarios that generate a sudden passion for soccer. But health must come first. Manga fans worldwide are saddened and concerned about the artist’s health and are wishing him a speedy recovery.

What Happened To Yusuke Nomura, The Artist Of Blue Lock Manga?

The details of his sudden sickness are unknown. Kodansha’s official Twitter account updated and consoled followers with a tweet. It’s beautiful that fans have been so patient and understanding throughout this 3-week break. Blue Lock is regarded as one of the best sports manga. It has earned the title of ‘Best Shonen Manga’ and a vast and devoted fanbase.

The story Of Blue Lock begins with Japan’s 2018 FIFA World Cup, prompting the Japanese Football Union to initiate a program to evaluate high school players in preparation for the 2022 Cup. Isagi Youichi is a forward. He was recruited to this program after his team was denied entry to Nationals. He passed to a less-skilled teammate who missed the game-winning goal instead of attempting to score it himself. The Japanese Football Association chooses to recruit an intriguing and eccentric coach. Therefore, Ego Jinpachi is recruited to help them realize their dream of winning the World Cup after discussing the present state of Japanese soccer.

So now Ego Jinpachi is their coach. He intends to destroy it by instituting a new innovative training routine. It involves isolating 300 young forwards in a prison-like facility. It was known as “Blue Lock.” He subjected them to extensive training intended to produce “the world’s greatest egotist striker.”

You May Also Like: Best Anime With Overpowered Main Character

Blue Lock’s 15th compiled book volume was released on August 17. The 16th volume will be released on October 15. Over 4.5 million copies of the volumes have been printed. The manga is so successful that it will be adapted into an anime television series on August 12, 2021. Fans worldwide are addicted to it, and with each new chapter, they grow to love it even more. 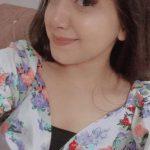