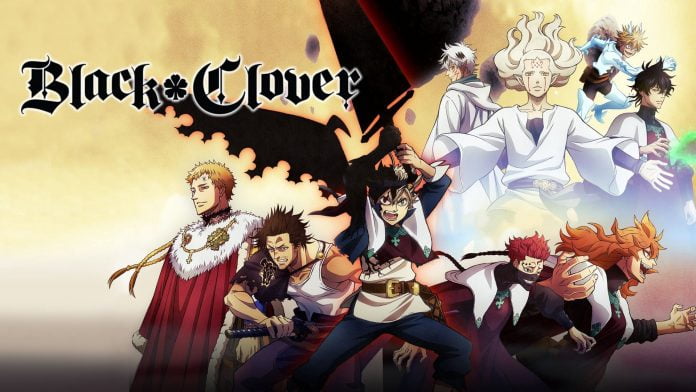 As the Fall season is arriving, its time for us to binge-watch new anime back to back. Recently, Funimation organized a special screening by presenting its lineup for Fall 2020. And one of the best parts of the event was the announcement for Black Clover Season 4.

Currently, the third season of the anime Black Clover is running. Season 3 comprises of almost 134 episodes. During the teasing event, Funimation confirmed the release of the dubbed version of season 3. Along with the revelation of the most prominent announcement of confirmation of season 4.

It’s time to dig in! What’re you most hyped for this season? #FallPreview #Fall2020Live

In this article, we will be sharing all the major updates and announcements made regarding Black Clover Season 4.

Season 3 of the anime will have a total of at least 153 Episodes. And we can expect season 4 to release immediately after the end of season 3.

Since a very long time, rumours were going around regarding the future of the anime Black Clover. There were speculations that the anime will go on a break after the current season, i.e. season 3. However, the announcement has given the green light to season 4.

Currently, the 149th episode of the anime Black Clover is in the making. As the story progresses, the anime is gearing up.

Black Clover Season 4 is coming soon to Funimation! What's your favorite moment in the series so far? 🤔 pic.twitter.com/R92HMkGSqf

The anime is gearing up with massive twists coming up. It will be astonishing to witness everyone’s favourite Spade Kingdom arc.

What will Season 4 be about?

The anime Black Clover is about two abandoned babies raised by a priest at church where they both were found. The boys are Asta and Yuno; their families left them behind. The anime is set in a world where acquiring magic is a basic necessity.

The two boys Asta and Yuno grow up and train magic. While Yuno possesses some very extraordinary magical abilities, Asta seems to lack all of these. Although Asta tries a lot but always fails in unravelling his true potential. But one day during the Grimoire Acceptance ceremony, we see Asta challenging Yuno out jealousy as Yuno get rewarded with the four-leaf clover.

After the completion of the event, a bunch of nobles tries attacking Yuno. During this, although Asta fails to defeat the Magical Knight, but leads to unravelling his true potential. It will be astonishing to witness Asta and all of his magical potentials in the upcoming episodes. We can expect a complete change in the characterization and storyline. Till now, we saw Asta as a funny character. But from now on we will be seeing the hero, Asta.

Till we bring you more updates on the anime Black Clover, stay tuned and keep reading.

Boruto Episode 162: The One With Team 7’s Mission!