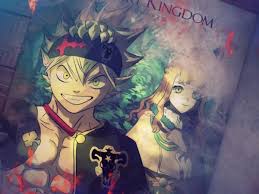 Are you excited for the new arc of well-known anime, Black Clover? Well, if this serves the case, then stay happy as you have coined your presence on the true platform to binge-watch all the details about the most awaited series, Black Clover.

Black Clover is going to bring a new arc. Let’s find it!

Black Clover is a great Japanese anime series that is being crafted by a very famous director, Tatsuya Yoshihara. The series covers tremendous great episodes that led to the great amount of attraction towards the public. According to the sources, this time also the series is going to be based upon Asta and Black bulls.

Well, after giving many great episodes and new arcs as promised earlier, once again the director, Tatsuya Yoshihara is intending to plot new arc in the upcoming episodes of Black Clover. So let’s see what is the new arc that is going to attract its viewers towards itself.

1. The Messenger of the Spade Kingdom: As we know Asta and Yuno are such characters who were leftover in front of the church while they were small babies. This episode is going to die with the drama where Yuno’s identify will be revealed. Also, the episode will see a high amount of drama when the story will revolve around The Golden Dawn.

2. The Power of Zero: This episode dealt with the drama where The Golden Dawn will be seen in spheres of problems and Yuno will be seen helping him.

3. The Great War Breaks Out: In this episode, we will see that Asta will be discovered leaving the Heart Kingdom to a new place.

Well, this is all for now. Stay tuned to get all the latest updates regarding the upcoming series, Black Clover.