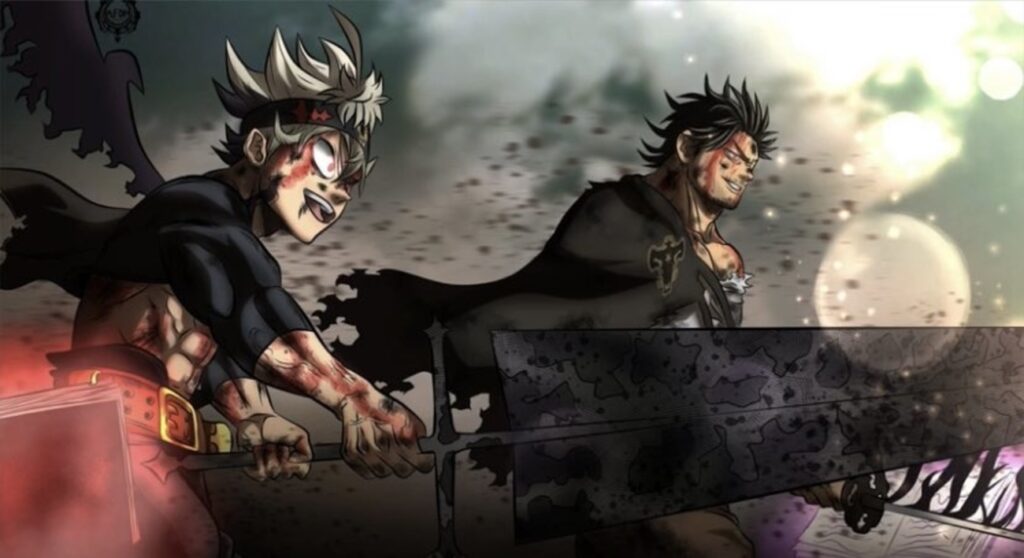 Almost only a day is left for the release of Black Clover Chapter 260. I know the anticipation of all the fans and readers of the manga feeling right now. It’s not anything surprising to tell you all that the story is getting more intense. As Yami and Asta are fighting against Dante. And we all know that he is one of the most powerful members of the Drak Triad.

We all are curious to know the fate of the villain. Will Dante finally be defeated? To know this, read further. In this article, we will cover all the significant updates and details of the upcoming chapter of the manga Black Clover.

Black Clover Chapter 260 will release on Monday, August 10, 2020, at midnight JST. The chapter is titled “Dark Out”. The raw scans of the upcoming chapter are going viral all over the internet already.

Where to read the upcoming 206th chapter?

Black Clover, Ch. 259: Yami and Asta team up in a desperate attempt to vanquish their evil foe! Will it work? Read it FREE from the official source! https://t.co/q4ApLMDRFi pic.twitter.com/wh4OkUQvXG

In the previous chapter of the manga Black Clover, Asta and Yami had a face-off with Dante. It seems like they will overpower him. Later, Asta unveils his new abilities and boosts his strength after the exchange of his arm for the devil’s power.

This exchange can also result in him losing his forever. But it seems like the right decision. Since it has helped Asta in becoming powerful with the devil’s prowess.

We all witnessed in the last chapter, Asta’s right arm transforming into a bulky black arm. This also wields his sword.

Asta attacks Dante meanwhile Yami provides him assistance by staying on the side.

Asta’s anti-magic leads to the fall of Dante.

Spoilers – What will in Chapter 260 of the manga Black Clover?

As per the speculations going over the internet. The one thing we all are curious about the next chapter is what will happen to Dante. However, Asta sliced Dante’s body into parts. But we all are aware of his abilities. Dante can still heal and return to his original with his magical powers. As previously, during the Yami Blast scene in chapter 258.

Suppose even Asta and Yami manage to defeat Dante. They still have to fight Vanca and Zenon.

With Asta’s newly discovered abilities, it seems he will use these powers to improve himself and his fighting techniques against the villains.

Another major point that will be covered in the upcoming chapter will be Asta’s hand. It will be a significant event. Will Asta have his new mighty hand permanently or not.

“Black Clover” chapter 260 will Dante die for real? To find all these, we have to wait until the release of the upcoming chapter of the manga Black Clover.