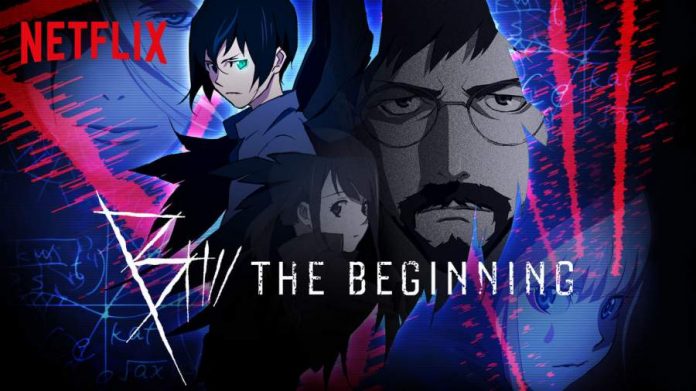 There are many anime shows that all of a sudden became insanely popular during lockdown, despite being old ones. One of the best examples for this is the anime series B: The Beginning. The primary season of the anime made its debut in the year 2018. The second season was about to release this year in March.

After so much of delays due to Covid-19, B: The Beginning Season 2 is coming back. Netflix announced the same recently. Let’s head further to find out more about the anime B’s upcoming season: The Beginning.

Here’s everything you need to know from the release date to the trailer and spoilers about B: The Beginning Season 2.

The anime creators are Kazuto Nakazawa, and Production I.G. Kazuto is the same person, the creator of the prevalent ‘Kill Bill’s’ animation segment. The director of season 2 of the anime B is Itsuro Kawasaki. Along with them are the character designers Nazakawa, Akane Yano, and Hideoki Kusama.  are designing the characters.

The primary cast from season 1 will be back in season 2 as well. This includes the voice actors: Yuuki Kaji, Hiroaki Hirata, Asami Seto, and Satomi Satou.

B: The Beginning Season 2:

As per what Netflix describes, the anime’s upcoming season will be about the events following the incident Keith and Koku solved.

The world is back to normal, regaining its composure. While Keith returns to RIS to work on his own investigations, Koku lives in peace with Yuna. Further, in the anime, Kirisame visits them. Kirisame is the one who once broke up with Kurou at the Faura Blanca Institute.

After the first season’s release, Netflix immediately decided to renew the anime for season 2, in 2018 only. The second season was about to release this year in March. But due to coronavirus, it got delayed.

As of now, although there isn’t any specific release date. But we can expect B: The Beginning Season 2 to release sometime around the summer of 2021.

The anime is available on Netflix.

What is the anime all about?

Till now, the B is one of the best psychological thriller anime. The story of the anime takes place in Cremona, a fictional city. People living in that place are terrified because of the havoc created by a serial killer.

The lead protagonist of the anime is Keith, a genius investigator working for its ‘Royal Investigation Society’. Surprisingly, he is the serial killer – “Killer B.”

Koku, the second lead, is a boy searching for a companion. One fine day, Keith and Koku cross each other’s path in the anime and become a team. They together form a secret organization. They try to bring dead gods back and work on the prophecy, predicting the arrival of ‘Black King.’

B: The Beginning is unique, which is neither copy nor a manga adaptation. The unique storyline definitely makes people fall in love with it.

Weathering with you anime will release in early 2020 in the...