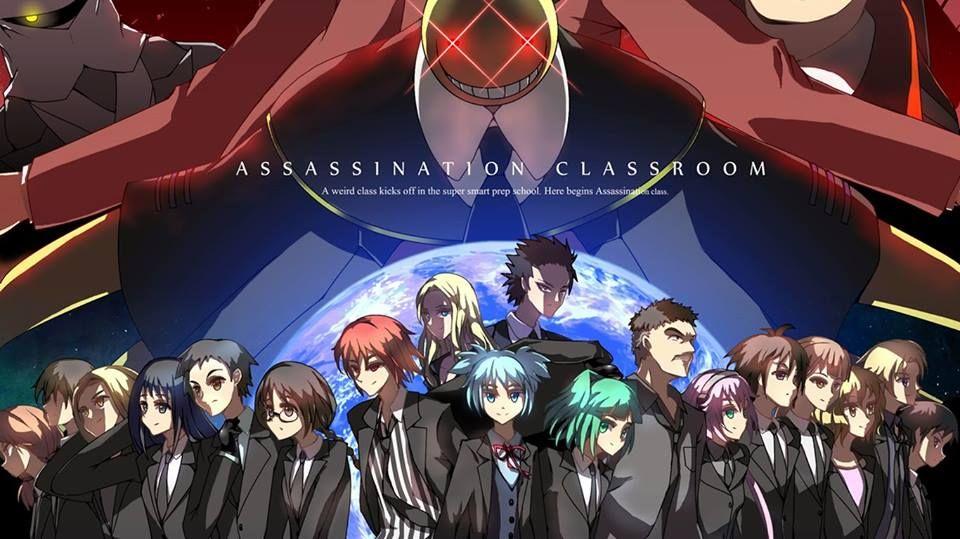 It’s been a long time since I last watched my favorite anime shows on TV. I remember coming back from school; I used to sit in front of the television to watch my favorite shows. Meanwhile, my mother used to feed me lunch. While eating, I used to watch Doraemon, Pokemon, Dragon Ball Z, Naruto, Naruto, and others. And of course, how can I forget the Assassination Classroom.

Wouldn’t it be awesome if all these series are back again on television? It feels so good to think all these shows were airing back to back on TV. It will be like reliving a part of childhood. Well, what if I say something like is going to happen then?

Recently, on Thursday this week, the official page of Toonami on Facebook shared a post regarding the release of the Assassination Classroom.

As per the announcement, on Saturday, the 29th of August 6 anime series is going to air on Toonami back to back.

Line up announcement! We are premiering Assassination Classroom next Saturday at 1am. We’re sorry for the late notice…

Assassination Classroom will air on Toonami at 1:00 am along with five other anime series on August 29.

Schedule for 29th on TOONAMI:

The full schedule for the lineup of anime airing back to back on the 29th are:

Details of the anime Assassination Classroom:

Assassination Classroom is originally a manga that was serialized in the Weekly Shonen Jump magazine from 2012 to 2016. Later, an anime adaptation of the manga released. The anime adaptation aired television in the year 2015. Season 1 had a total of 22 episodes. A year later, the anime renewed for a season 2 with a total of 25-episodes. In the same year November, i.e., 2016, an anime film was also released in Japan.

The original manga is available on VIZ Media.

The manga  Assassination Classroom isn’t just limited to anime series. There are two live-action adaptations of the same that were released in March 2015 and March 2016, respectively.

Reasons to love the Assassination Classroom so much?

Well, I enjoy the various plot of assassinations plots throughout the anime series. Apart from that, I like Koro-sensei, the genocidal monster, the best teacher. And the touching ending.

No Guns Life: Episode 9 Spoilers Out!

Renewed! Bill And Maddie Are On For More Romance; Know The...

On My Block Season 4 Release Date, Trailer, Cast, Plot and...